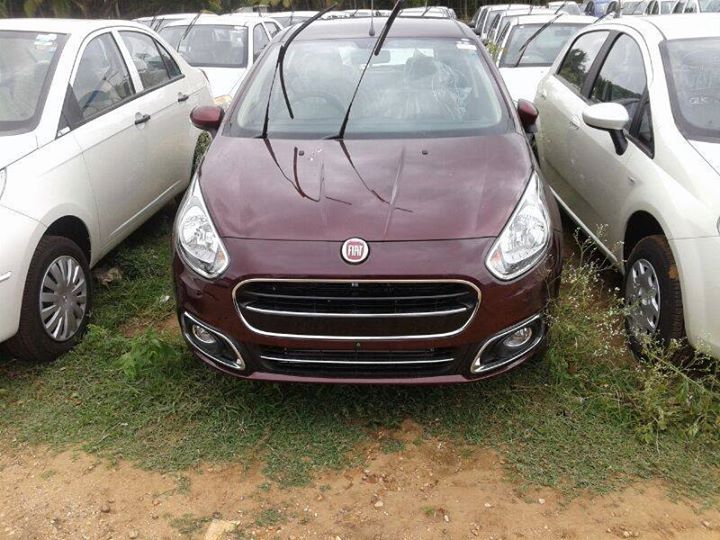 So, all of a sudden, a spurt of pictures of the new Punto totally uncamouflaged have revealed the car in total, almost. The first impressions look real impressive and the car looks a lot fresher.

We have some new pictures of the new Punto facelift, which will be called as Evo. These new pics appear to have been taken at some dealership stockyards, courtesy Facebook page of Team Fiat Moto Club.

Apart from the new yellow colored Evo spotted a few days back, these pictures feature white and maroon color cars. The white colored car looks awesome whereas the maroon car may be one of the regular petrol versions (considering it doesn’t have any badge at the rear). It appears that Fiat will do away with the engine badging at the front grille on the new Punto Evo.

Now, that the car has reached dealership stockyards, we believe Fiat may keep it on display very soon and unofficial bookings may already be underway at some dealerships in the country. 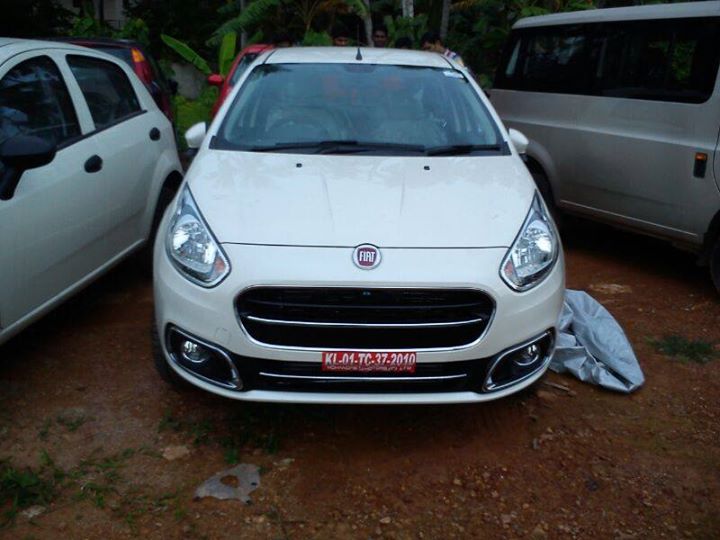 However, this brings us to another interesting angle. Fiat has officially named the Punto facelift as Evo and this, in high probability, means that the older Punto may live, very similar to the Linea and Linea Classic strategy. Fiat may call the older Punto as ‘Classic’.

Why is not anyone sure about it is because unlike the Linea strategy (which Fiat officially announced in their roadmap), Fiat has not talked about following it for the Punto as well. 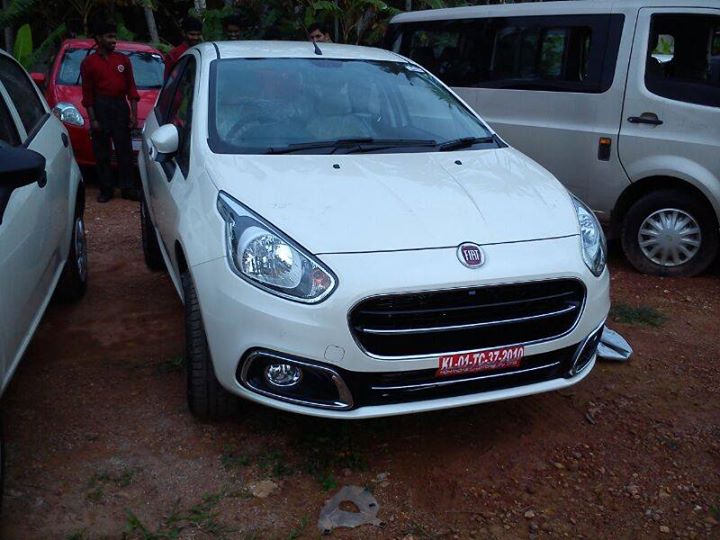 This may also mean that Punto Classic may get lesser powered engine options whereas the Punto Evo may only get higher powered motors! That is, the Punto Classic may be powered by the 75hp diesel motor and 1.2L FIRE petrol engine whereas the Punto Evo may only be available in the 90hp SPORT trim for diesel and a choice of 1.2L and 1.4L petrol motors or only the 1.4L motor out of the two.

There appears to be a lesser possibility of Fiat offering the turbocharged T-jet motor on the Punto Evo at this point, though we will love it to the core!

Launch is expected sometime early next month before which we will be driving it to know all its details. Keep tuned…!