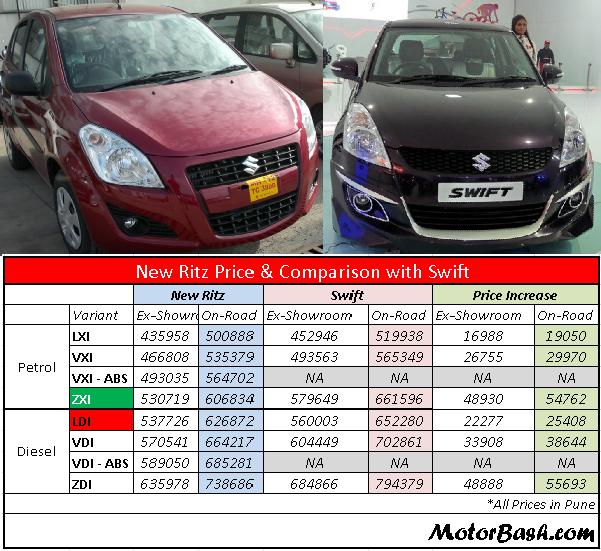 With the launch of new Ritz, prices of the car have come closer to the more expensive Swift, but how much? We list for you the exact amount you have to pay now.

Here is a list of the price difference on Ex-Showroom and On-Road prices of New Ritz and New Swift.

The Swift diesel has a long waiting period of over 20 weeks in almost all cities of India, for some even more! Also, all the variants come almost similarly equipped on both the cars. So, if you do not prefer waiting and wants to own all the major positive traits of Swift starting with the engine, Ritz might serve the purpose just for you.

You can also read the following related articles.

So, which one is your preference between these two, now! Do share with us in the attached poll.

1 thought on “New Ritz vs Swift? Check Price Difference Across All Variants”