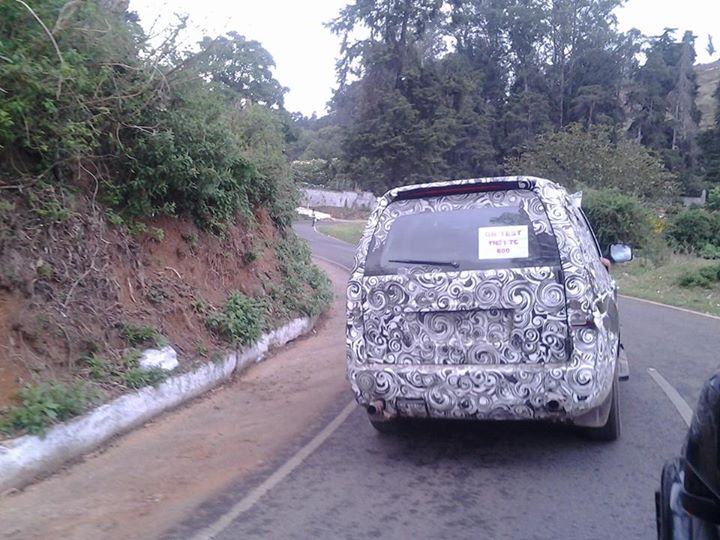 The whole Indian automotive world wide web is full of spyshots of Tata’s upcoming Zest and Bolt test mules. While everyone was engrossed ogling at them and trying to make head or tail out of them, a completely camouflaged test mule of Safari Storme has cropped up on the internet via Ejji K. Umamahesh on Facebook.

The test mule was spotted on the hills somewhere on Ooty – Masinagudi road. This brings us to the following conclusions and possibilities… 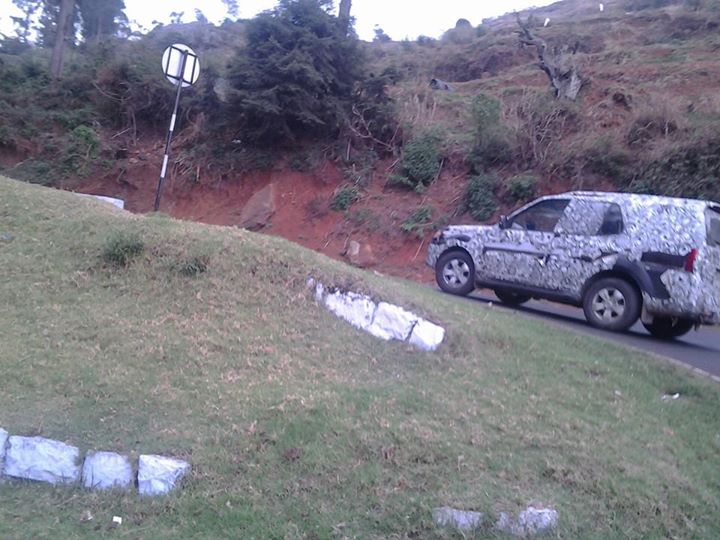 Tata has started testing their upcoming cars in complete camouflage, even if that means new variants to existing models. The recent mules of Nano AMT were the latest examples of the same. Though, this  mule doesn’t carry any major visible change to the exterior, we believe there may be some…

Tata had released the Safari Storme back in 2012 after a delay of 5-6 years (report here) and the SUV has received interesting reviews from the automotive buffs, however the bold design cues and improvement in product qualities still failed to get the expected response. 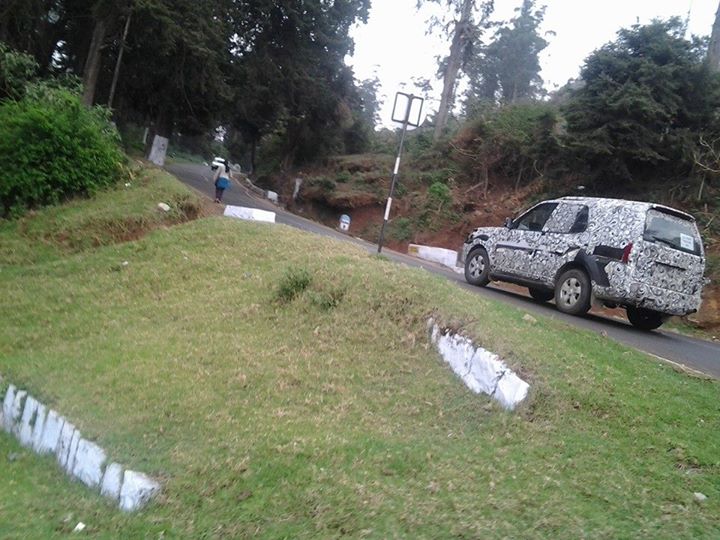 There is a protruding exhaust which we can notice but it just doesn’t seem to be the way it will remain in the production version. It is this mule specific and for some reason! Camouflage may also mean updated interiors and possible addition of new features which have been rumoured for sometime now!

The present generation 2.2L 16 valve, four cylinder engine produces 140PS power and 320Nm of peak torque which is available from 1700rpm to 2700rpm.

Though it is too early to predict anything, we will await some more spottings and revelations to come to a concrete conclusion. But interesting development this! Tata..whats cooking!