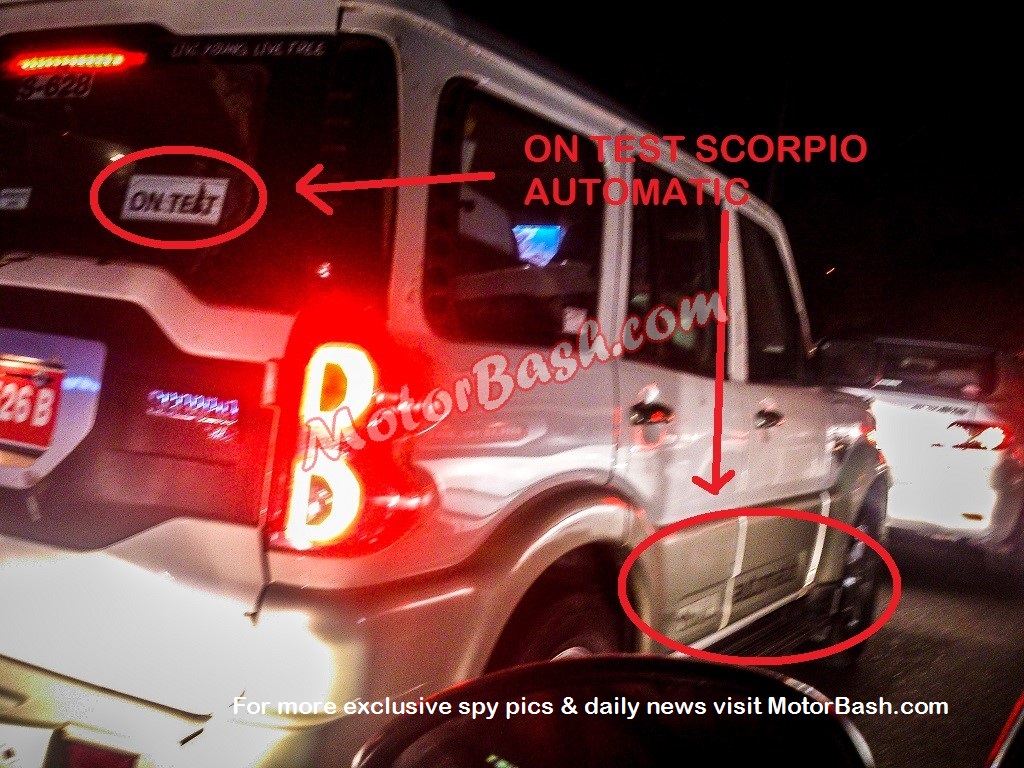 So, frankly tell us how many of you were disappointed when Mahindra launched the new Scorpio without the Automatic gearbox? There would definitely be many of you, for sure…

Nonetheless, if you are still waiting for an affordable Automatic SUV and have not booked any other car, here is some exclusive news for you. Mahindra is working on the new Scorpio automatic and here is the first roaming proof of the same – exclusive spyshot of the SUV under test.

There were two test mules which were spotted by our long term avid reader Anuj Kanojia somewhere at the Gurgaon-Delhi expressway. Anuj informs us that they sported ‘VLX’ badge which is the previous-gen nomenclature which has now been converted to S2,S4..S8 etc. This may mean that, like earlier, the new Scorpio automatic may be limited to the top of the line S10 variant only.

As is obvious, the Automatic gearbox will be plonked on the 2.2L MHAWK diesel engine which produces 120PS of power and 280Nm of torque.

The older-gen Scorpio used to come with a 6-speed Automatic gearbox which was sourced from Bosch (after DSI) and we believe it will be the same transmission that Mahindra will use on the new Scorpio AT as well.

If it is limited to the top of the line S10 variant, then we expect the prices to hover around 12.5 Lakhs ex-showroom Delhi, about 1 Lakh more than the manual 2WD Scorpio S10. This spotting confirms Mahindra’s launch plans, which we believe should happen shortly, probably sometime early next year.

Mahindra is also testing their XUV500 AT but it will get its 6-speed automatic gearbox from Aisin Seiki of Japan and will also come with a power bump to about 170PS (from the current 140PS) from the same 2.2L MHawk diesel engine. XUV500 AT (along with a facelift) will be launched sometime next year.