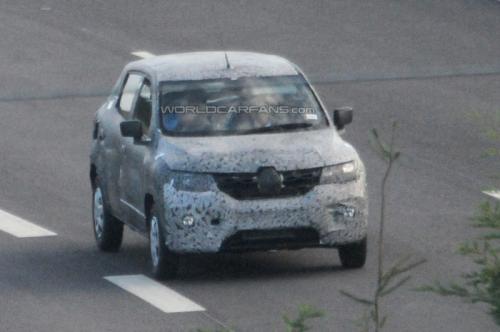 Yes the Renault Duster is a fairly popular compact SUV in India, clocking numbers decent enough to keep the manufacturer just about happy even today! Though Duster does compete with EcoSport in many markets, but it is a fact that the latter is half a segment smaller crossover/SUV.

And it appears that the French is already preparing something more worthy and fitting – a new sub-Duster compact SUV, spy shots of which have emerged for the first time on the web courtesy Worldcarfans.com.

Based on the spy shots we see, the mules do share a few styling bits with the muscular Duster and a few cues have been carried over as well. The front grille of the test units spotted have a strong resemblance with the Dacia badged Duster. So it might be the case that this low cost sub-Duster car is first sold under the Dacia brand, the Romanian manufacturer owned by Renault. 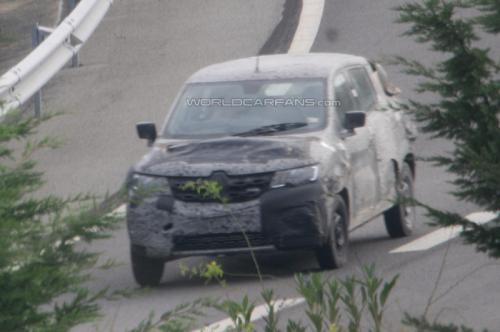 The tyres appear small and are steel wheels and those ORVMs (outside rear view mirrors) seem to belong to a car at least a decade old. We hope the production model gets more contemporary units. The windscreen also gets just one wiper reminding us of our beloved Nano (and a few Toyotas 😉 )! The headlight console seems to have an LED strip however. 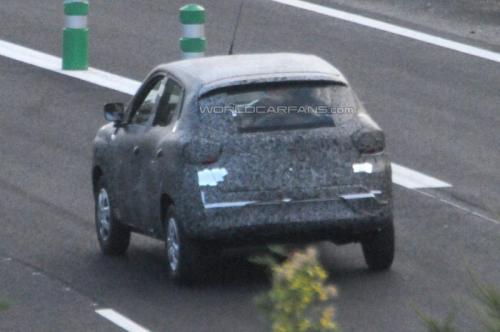 We are unsure about Renault India’s plans at this point but considering that this is the segment which has brought the company whatever laurels (and sales) they have managed here, it is likely that they consider it for our markets, as a proper rival to EcoSport and even smaller Mahindra’s S101 and other upcoming ones. We await some more information on this to understand more about the product.