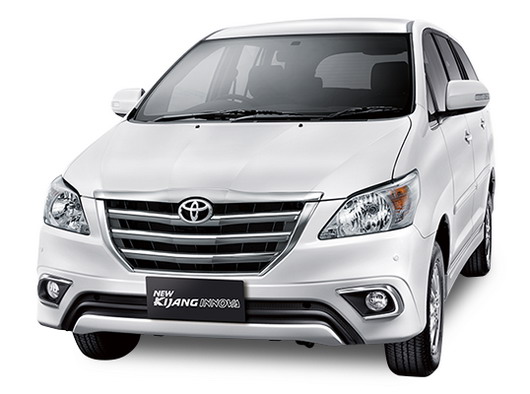 The Toyota Innova has been one of the mainstays for the Japanese carmaker, and hence its imperative for them to keep the spark alive in this model. Ever since its launch in 2005, Innova has received three upgrades. The first one was a mild change to the lights and bumpers in 2009. The current facelifted version was launched in 2011. The recent upgrade in Indonesia is the third one.

According to Autocar, an all-new Innova is also planned but it will be launched sometime in 2016. Hence, we may have to contend with the facelifted version now. 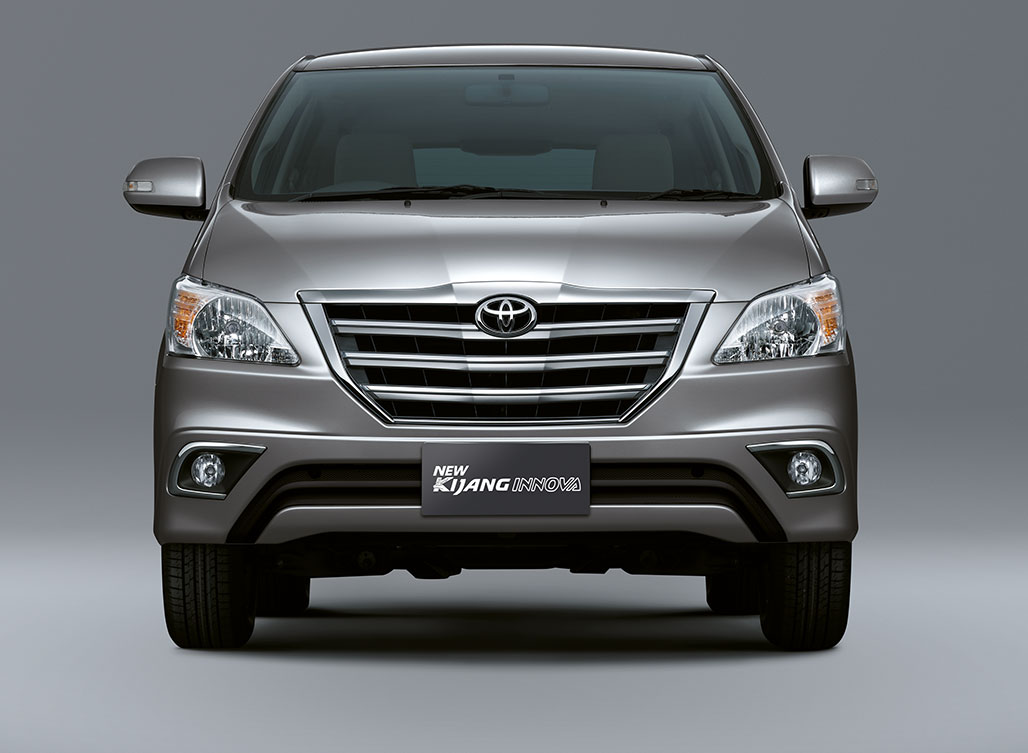 Exterior changes include a notably larger chrome grille. There are three horizontal slats that make a revised air-dam design. The lights seem familiar, however the fog lamps are new. They are now surrounded by chrome. At the rear, the new Innova gets a chrome strip above the number plate. 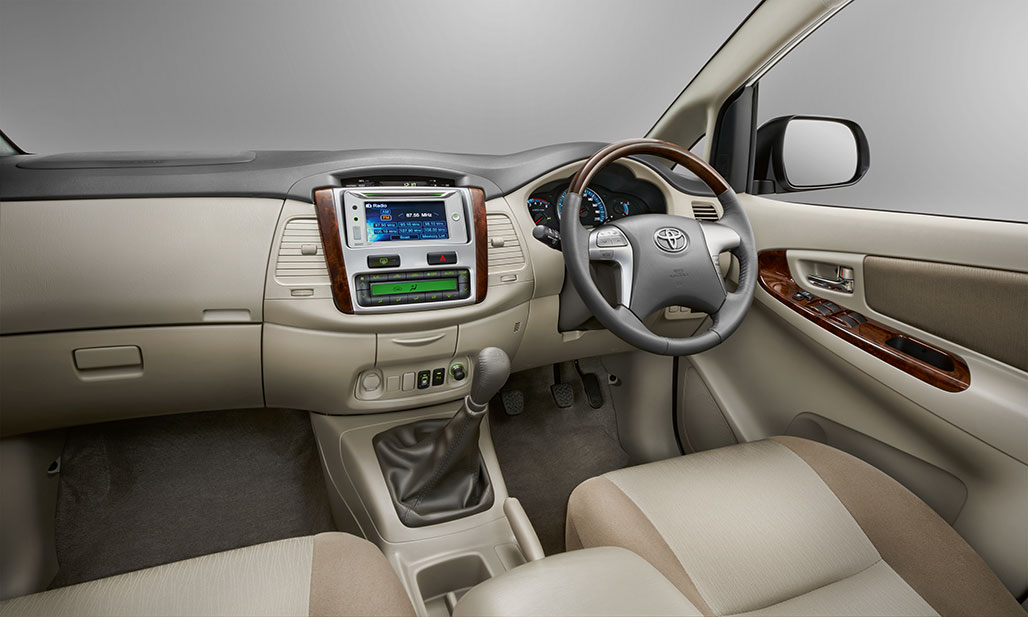 The interiors might see a beige colour scheme with better quality fabrics. A new infotainment system with a roof-mounted screen will also be included. Toyota may introduce a new top-end ‘Z’ variant for the Innova facelift. Here is how the new trim lineup may look like :

It is being said that the “Z” variant will come with leather seats and wooden inlays in the interior trim. 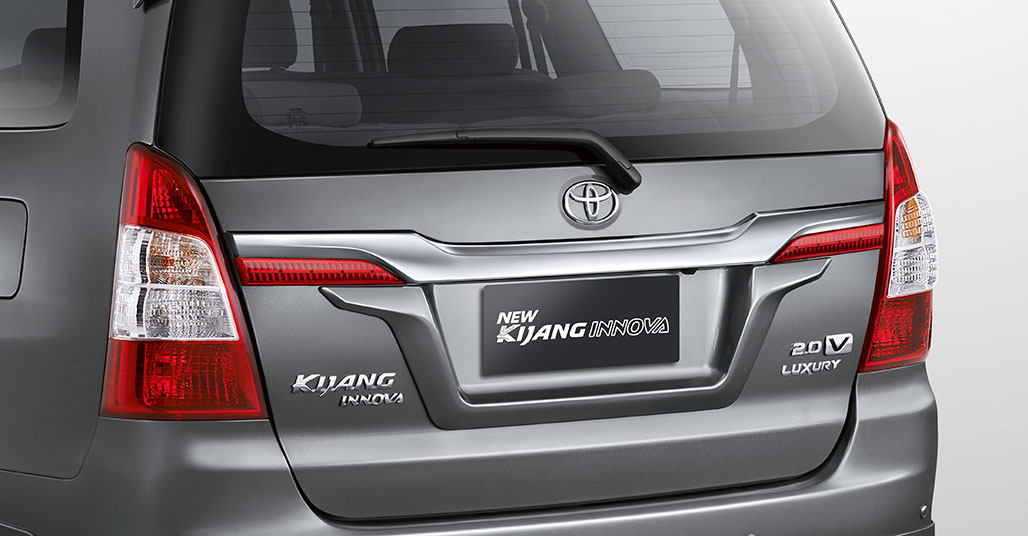 Under the hood, things remain unchanged. We will get the same 2.5 Litre D4D engine churning out 102 PS/200Nm and a 2.0 Litre VVT Petrol engine pumping out 132 PS/181Nm. Interestingly, the facelifted Innova will come with a slight increase in its already unbearably high price tag, though!