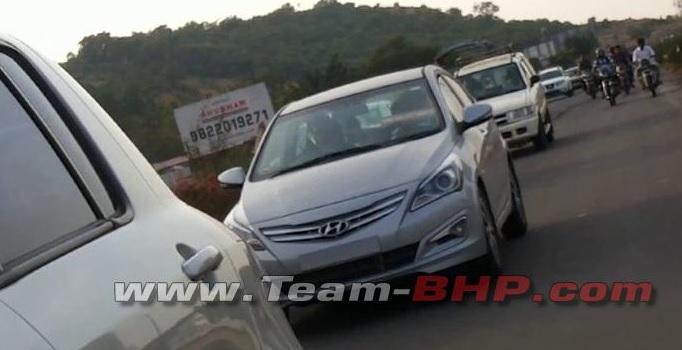 Hyundai Verna was having a ball of a time but till the new City was launched in India with a diesel engine in early 2014. Not only it lost its numero uno position, but with the onslaught from other manufacturers, it has started to loose in monthly sales as well.

To strike back, Hyundai is doing what it is best at – refresh the car to bring it back to the headlines. We already knew that the Verna facelift which will be launched in India will share a lot of cues from Russian Solaris and here we have the first pics of the car totally uncamouflaged. 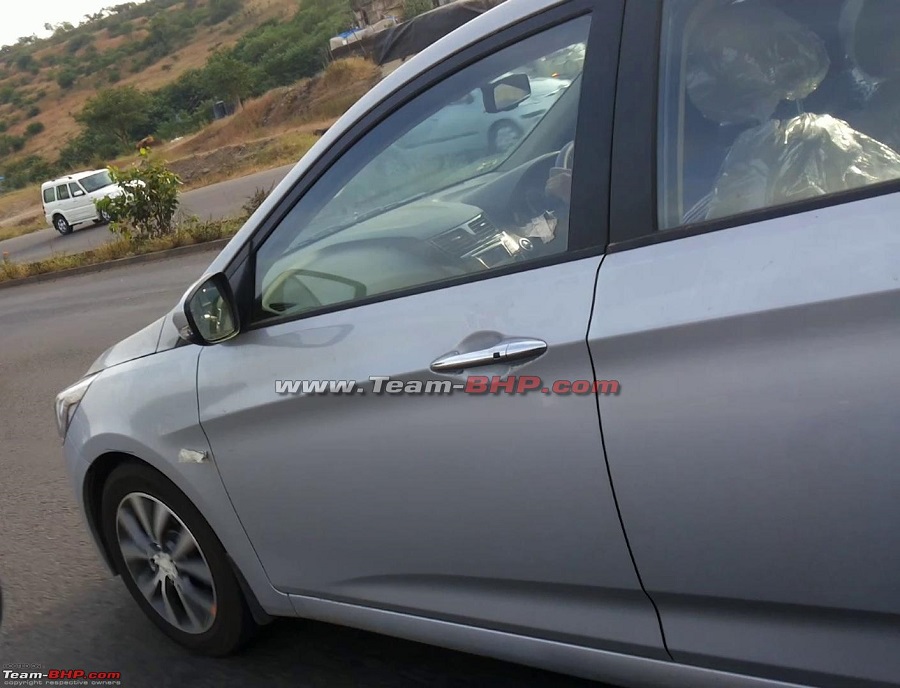 Snapped by a Team-BHP reader somewhere in Pune, the new Verna gets a more jazzy front with refreshed headlamps and front grille. It may also sport new LED daylight running lights in the fog lamps cluster. For some reason the front end seems to miss the frequency of the rest of the car. It just doesn’t match up with the rest of the curves and lines… 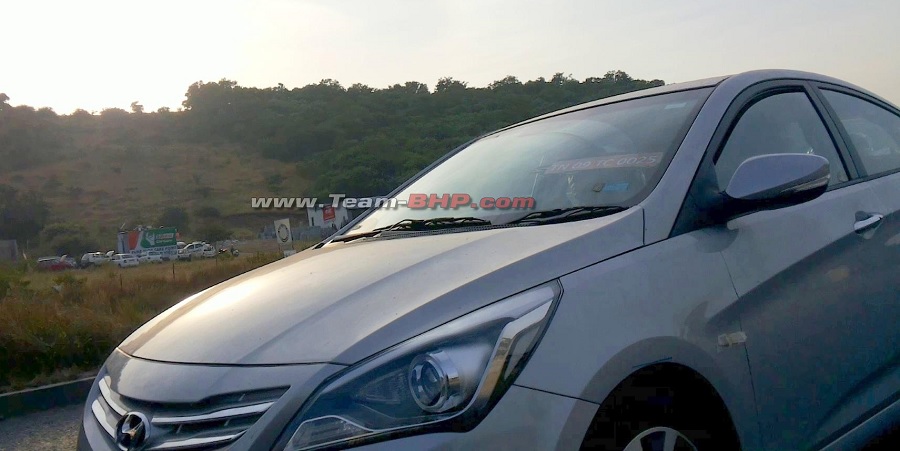 While the engine department is expected to be the same, the 1.6L petrol mill is expected to get a new 6-speed automatic transmission. Projector headlamps, present in the current Verna as well, will be carried over. The alloy wheels also seem to be new while the tail lamps may also get an LED treatment to be in tandem with the new looks. 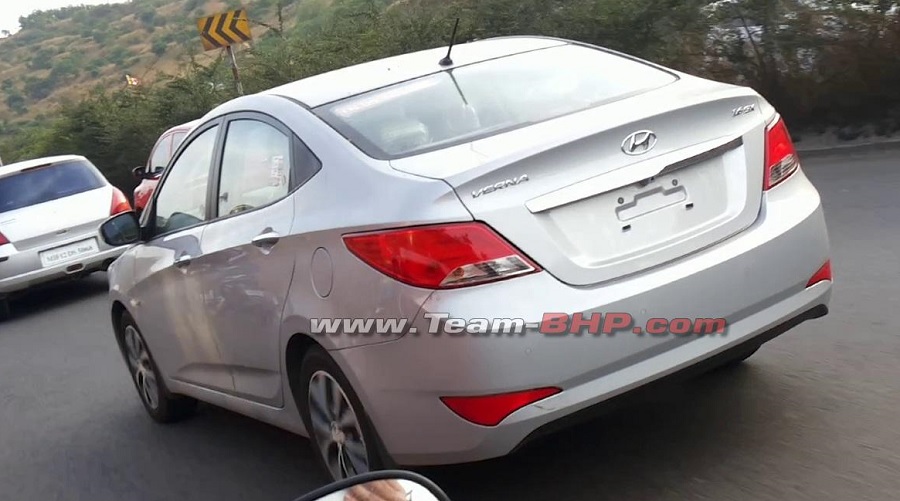 Looking at the preparedness of this model, expect Hyundai to launch it in the market sometime soon, possibly by early 2015 itself.