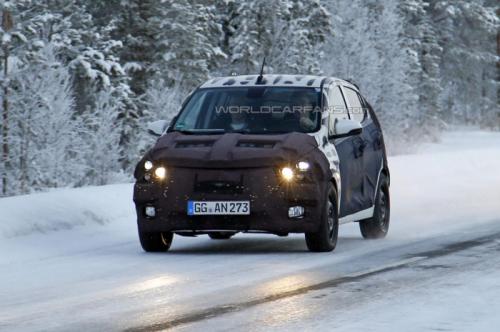 In 2002, GM took over the bankrupt Daewoo Auto & Technology, Korea’s second-largest automaker. The hatchback Spark was the result of this acquisition. The car was based on Italdesign Giugiaro’s design, developed in Korea and manufactured in India. Chevy has been selling this hatchback in various countries with different names since 2009. It is known as Aveo, or Beat, or Spark and has been doing rather well for the parent GM, especially in European markets.

Chevrolet has been working on the next generation Spark (or Beat, as it is known in India) and a test vehicle in camo has been photographed recently undergoing cold weather testing, reportedly in Sweden by Worldcarfans.com.

The test mule has been photographed with heavily padded camo intended to break the profile of the car. Nonetheless, the 5-door hatch appears to have a sloping roof with rear spoiler and stock stainless steel wheels shod with cold weather tires. From what we can make out, the sweeping stretched-back headlamps appear smaller and with a different layout. The opening handles for rear door also appear to be at the more conventional position now. 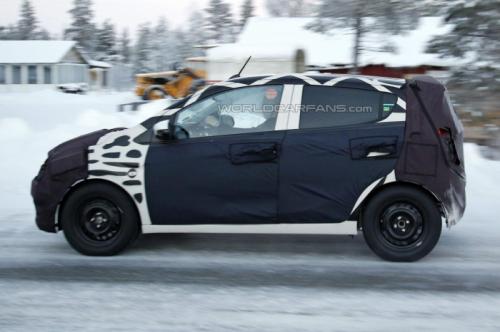 This next-gen Beat is expected to make its debut some time early next year internationally.

In India, the current Chevy Beat runs a 1.2-litre petrol and a 1.0-litre diesel engine. Chevy also offers an option of kitting the Beat to run on LPG. With 80 bhp and 104 Nm, the petrol Beat is reasonably peppy, upmarket drive. The diesel version, on the other hand, manages some 58.5PS and at rated 25.8kmpl, is promoted as one of the most fuel efficient car. 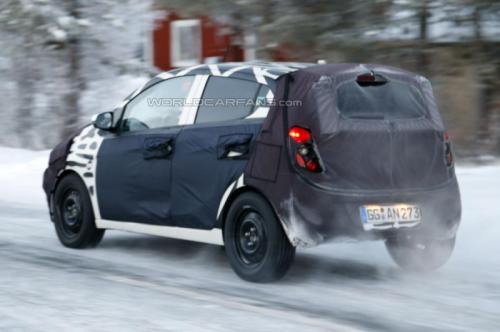 What we are not sure is when will Chevrolet consider bringing it to India. However, what we do know for sure is that the Beat facelift is coming to our shores very soon and will be unveiled at the upcoming Auto Expo in Noida.