Audi has taken the covers off the fifth generation A4 sedan ahead of its official unveiling at the Frankfurt Motor Show in September. The new car gets a new chassis with a modern styling and refreshed engines. It also becomes bigger in size but loses upto 120 kilos of flab. The company also claims that with a drag coefficient of 0.23 cd, the new A4 is the most aerodynamically efficient car in its class.

The new athletic design incorporates a newer and wider single frame grille while the headlights have come out sharper and now appear more focused. You can also get optional matrix LED head lamps with dynamic turn indicators. The car boast of a luggage compartment of 505 litres which can be extended to 1,510 litres without the rear seats.

The Bang and Olufsen sound system with 3D sound, Audi smartphone interface, virtual cockpit and wireless charging are some of the features present to pamper you. The Audi virtual cockpit comes mated with a 12.3 inch LCD screen with high resolution graphics. 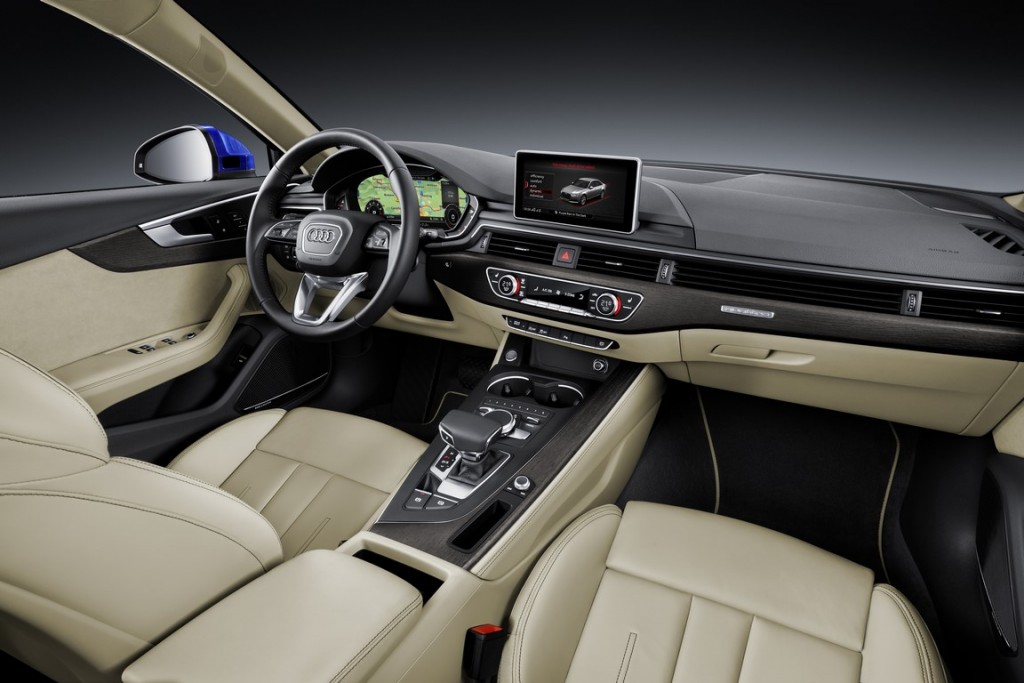 The infotainment system (MMI) on the centre console gets a touchscreen 8.3 inch monitor. With a more natural sounding and newer voice, the voice control system attempts to understand even basic day to day language.

Engine options include a 2.0 litre four pot TDI engine in two state of tune, producing 150 PS and 189.6 PS pf maximum power. The petrol mill will be the 2.0 litre TFSI engine producing 190 PS of power. The company also plans a g-tron version of the new A4 which will be using natural gas to drive the wheels.

Transmission options will include a six speed manual or a 7 speed Tiptronic. The automatic S tronic gearbox will be made available in the front wheel drive A4 for the first time. A range topping 3.0 litre V6 diesel will also be available with an eight speed tiptronic gearbox.