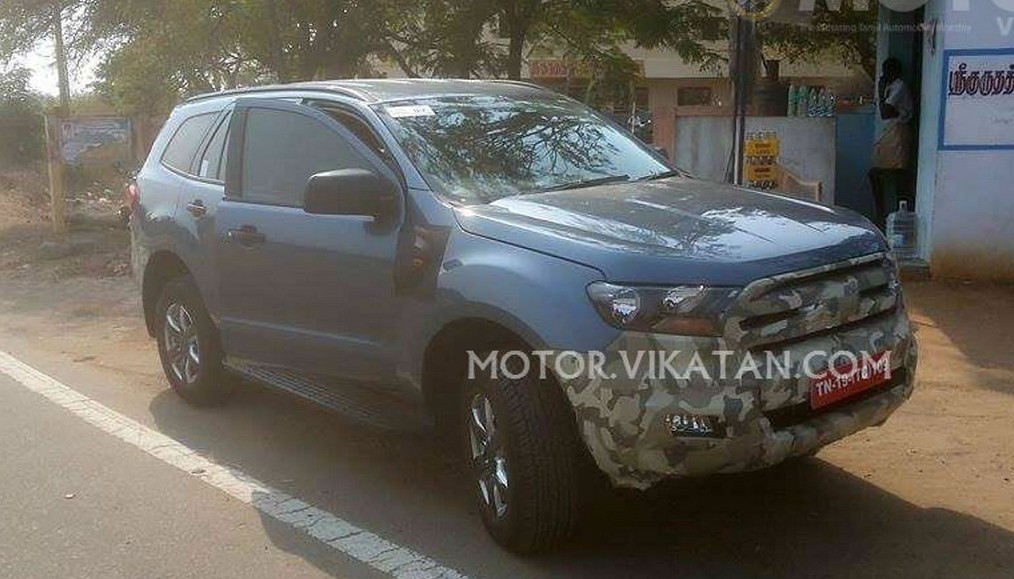 The next generation Ford Endeavour has been spotted for the first time in India by Motor Vikatan. After numerous sightings around the world, the Endy’s presence in India probably hints at the possibility that the car will get to India almost at the same time as its international launch. The SUV was showcased recently at the 2015 Bangkok Motor Show.

The new Endeavour is scheduled to target SUV lovers in India, Australia, South Africa and New Zealand (is it just me or the Endy is going only to the Commonwealth nations?). The SUV, thanks to the minimally camouflaged units, showcases its new head lamp console with blackened theme and indicators integrated towards the bottom.

Apart from new bumpers, the new Endeavour gets a new hexagonal grille which is in tandem with the new family design seen even on the smaller EcoSport. It will also be shod with LED daytime running lights, front and rear aluminium scuff plates and chrome alloy wheels.

The interiors are expected to see the introduction of a new 8 inch touchscreen infotainment system with SYNC2. The safety umbrella will also be kept at high priority with features like a warning system for lane departure, blind spot indicators and hill start assist apart from the obvious ABS and airbags. Powertrains are expected to be a new 2.2 litre and a 3.2 litre diesel mills. The SUV also gets a new architecture with a ladder frame chassis. 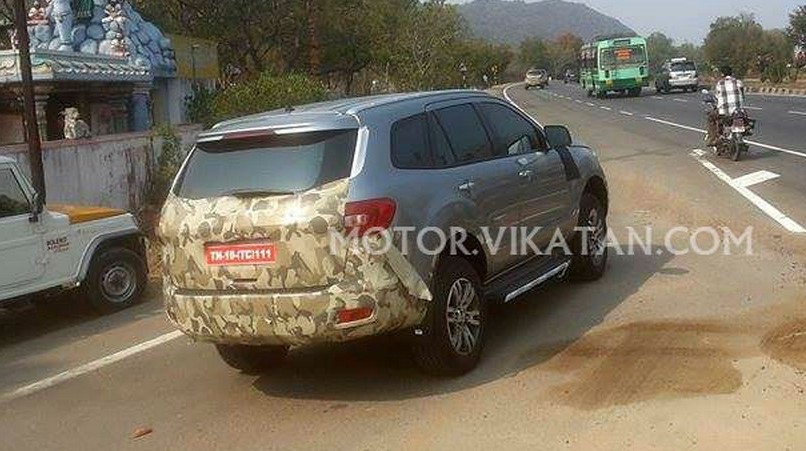 When it goes on sale in India later this year, New Ford Endeavour will square up against the Fortuner and others and going by the prospects, we do see a much better show this time.