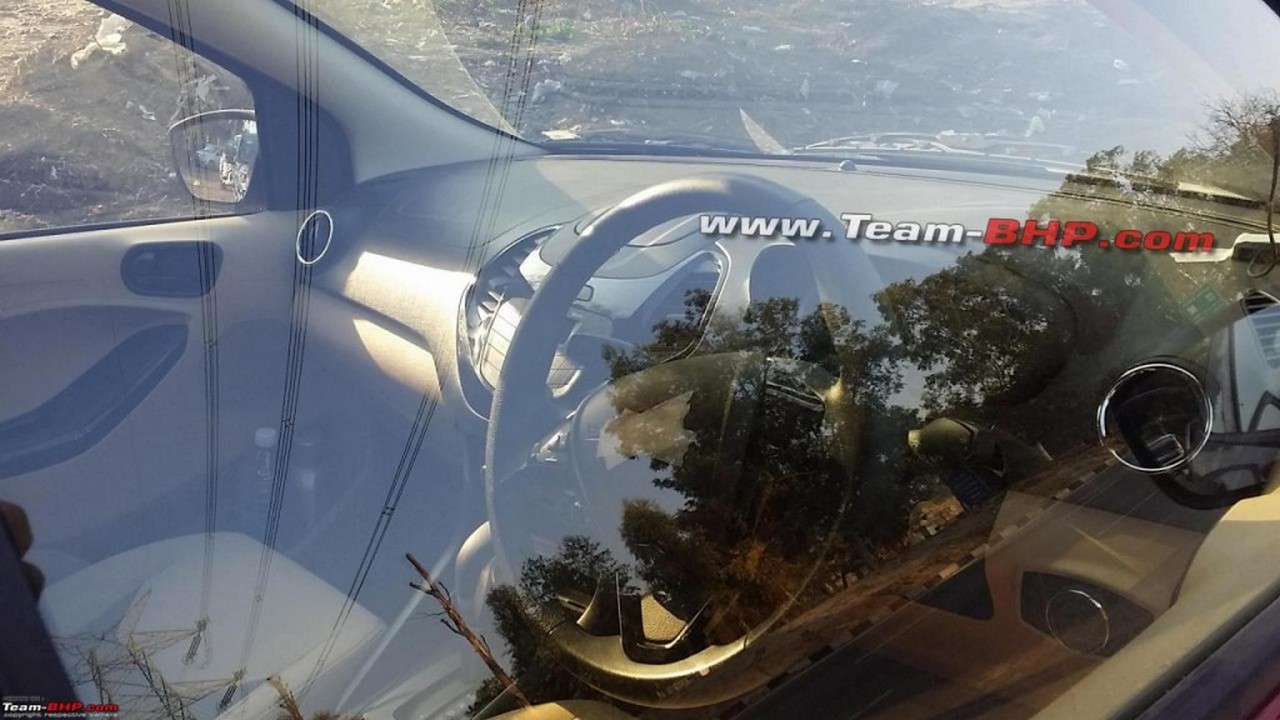 Ford’s upcoming new-gen Figo twins are going to be the next big thing in the Indian small car market. The car, which is based on the Brazilian Ka, will also be available this time in a compact sedan form with a rumored name Figo Aspire. 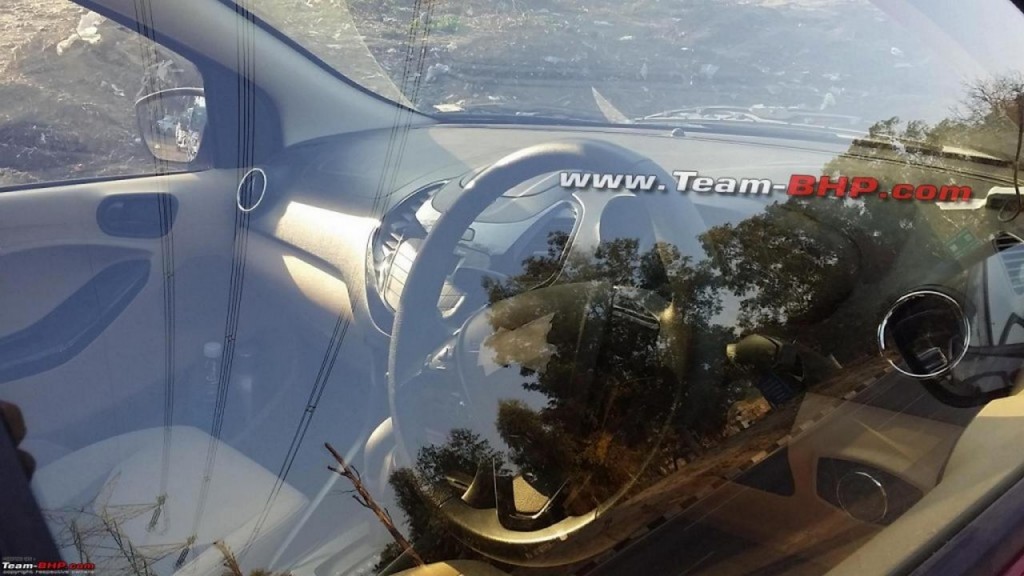 The present generation Figo literally kick started Ford’s second innings in India before the EcoSport took over the charge and the company now intends to push the paddle with these new generation cars. Interestingly, these new spyshots of Figo hatchback which have come up at Team BHP reveal the presence of an automatic transmission’s gear knob confirming that Ford is testing it with one. This car is kept in the S mode and with a bit of careful scavenging one can see the P, R, N and D modes. The present generation Ford Figo is available only with a 5 speed manual gearbox. 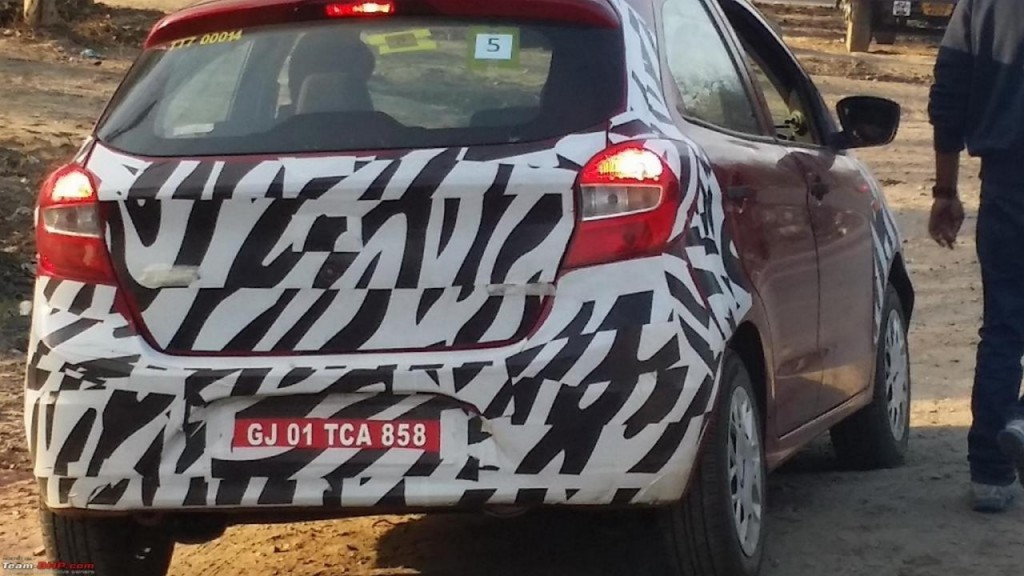 Now, the next question is – which engine is this car running with? There are speculative reports that the new Figo twins will come with a bettered version of the current 1.2 liter petrol engine (along with the 1.5 liter diesel motor). A 6 speed DCT gearbox is present on the 1.5 litre top end petrol variant of their best-selling EcoSport. Called as the Powershift transmission, it is essentially a dual clutch gearbox which claims to be 10 per cent more fuel efficient than a conventional automatic.

So, will Ford offer the same engine-transmission combo of 1.5 liter TiVCT engine on the Figos as well or will they plonk this autobox on the 1.2 liter motor? The repercussions of these are – with the 1.2 liter petrol engine, Figo will be classified as a ‘small’ car and will attract least excise duty, however, with the 1.5 liter petrol motor it will move over to the next slab and will attract double the excise duty.

Or do we still have some hope for the Ecoboost? The new Ford’s Figo twins are getting interesting by the day…