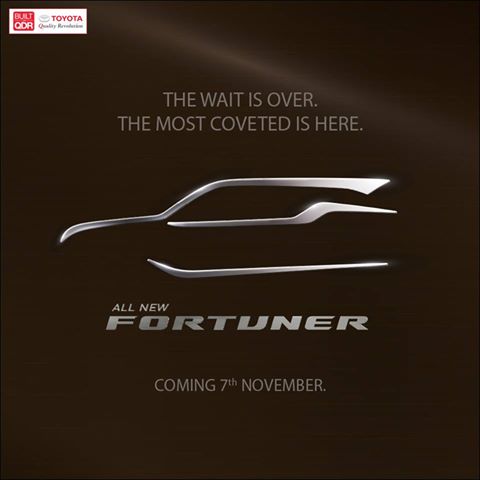 Update: Toyota has started releasing teaser images of the upcoming SUV. Showcasing a sketch of the silhouette of the Fortuner, the Japanese giant is calling it the ‘Most Coveted’! Well, they are not far off, for the Fortuner has been the country’s largest selling D-segment SUV. Will this new version take it back to its former glory?

Toyota Fortuner has ruled the premium D-SUV segment ever since it was launched in 2009. There was nothing which could come close to it in terms of sales, not even half a mark close! But something dramatic has happened with the launch of the new-gen Ford Endeavour which has turned the tide against Toyota! Endeavour has eaten into Fortuner’s sales and for a few months it even outsold the big jap, This, coupled with the diesel ban revoke in Delhi, appears to have compelled Toyota to bring the New-Gen Fortuner in India a lot earlier.

In a release sent to the media, Toyota has officially confirmed 7th November as the launch date of the Next-Gen Fortuner in India. This is a clear case of hurrying up on the event and not a pre-planned move else they would definitely have tried to latch on the festive demand. 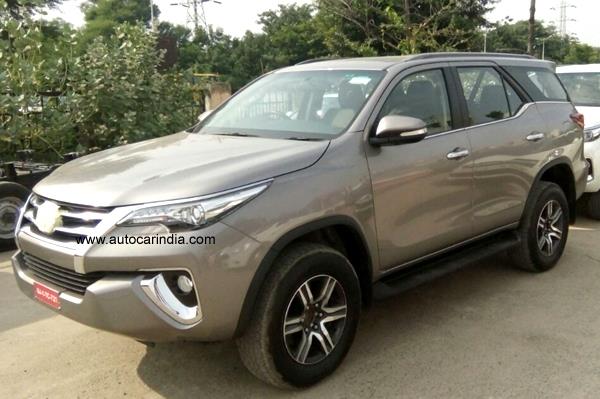 And it seems that the carmaker has already started sending the big bulky SUV to its dealers. The new Fortuner has been spotted absolutely uncamouflaged by Autocar in India. Like the Innova Crysta, new Fortuner looks a lot more premium and modern with its striking design. But the biggest move could be in terms of its powertrains. 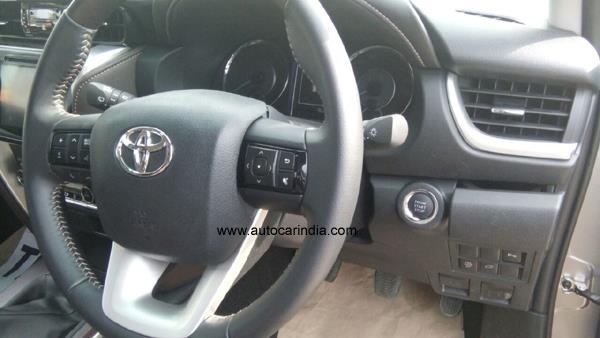 Autocar adds that the new Fortuner may get a petrol option as well. It could be the same 2.7-litre petrol motor seen in the new Innova. However, this one might just be limited to a 4×2 option with a manual gearbox. For the more preferred diesel, Toyota may not introduce the smaller 2.4-litre version from Day 1. In fact, chances are that they may launch the 2.8-litre option first; that too as a fully loaded version. 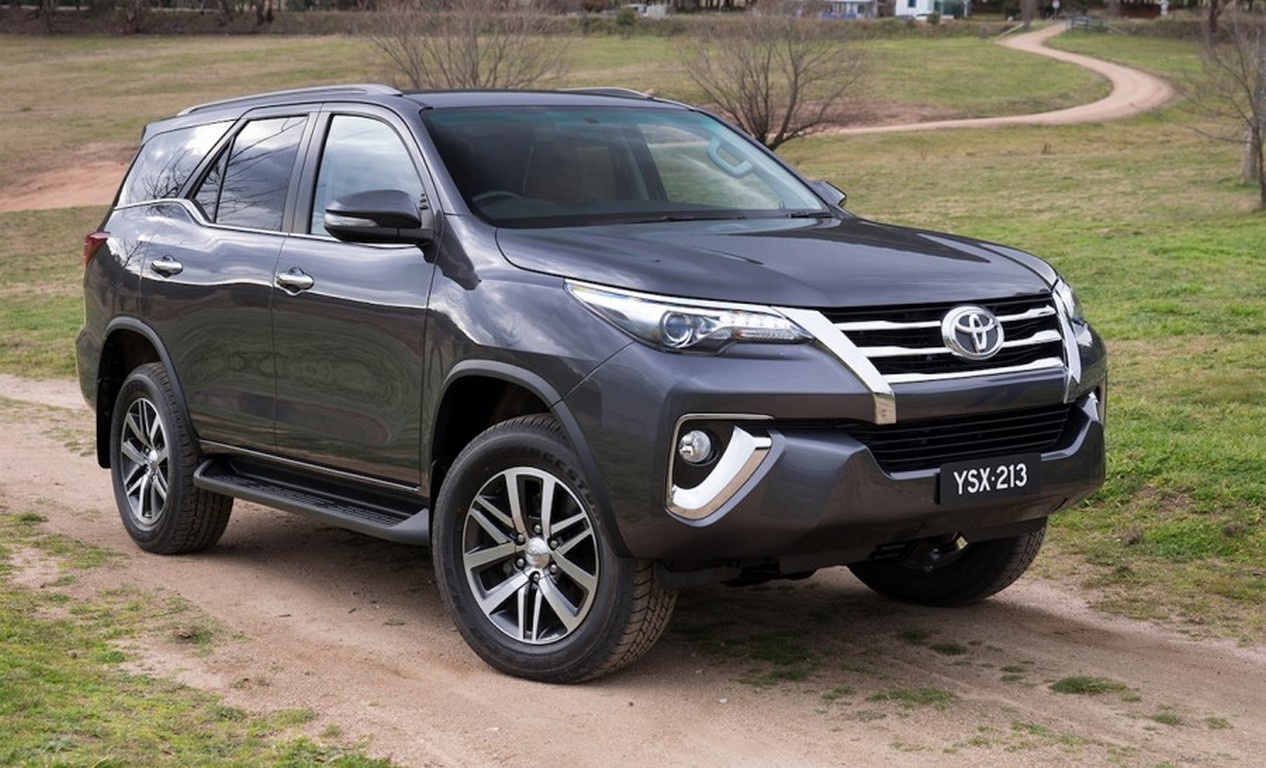 So, which one will you pick – New Fortuner or the swashbuckling Endy?