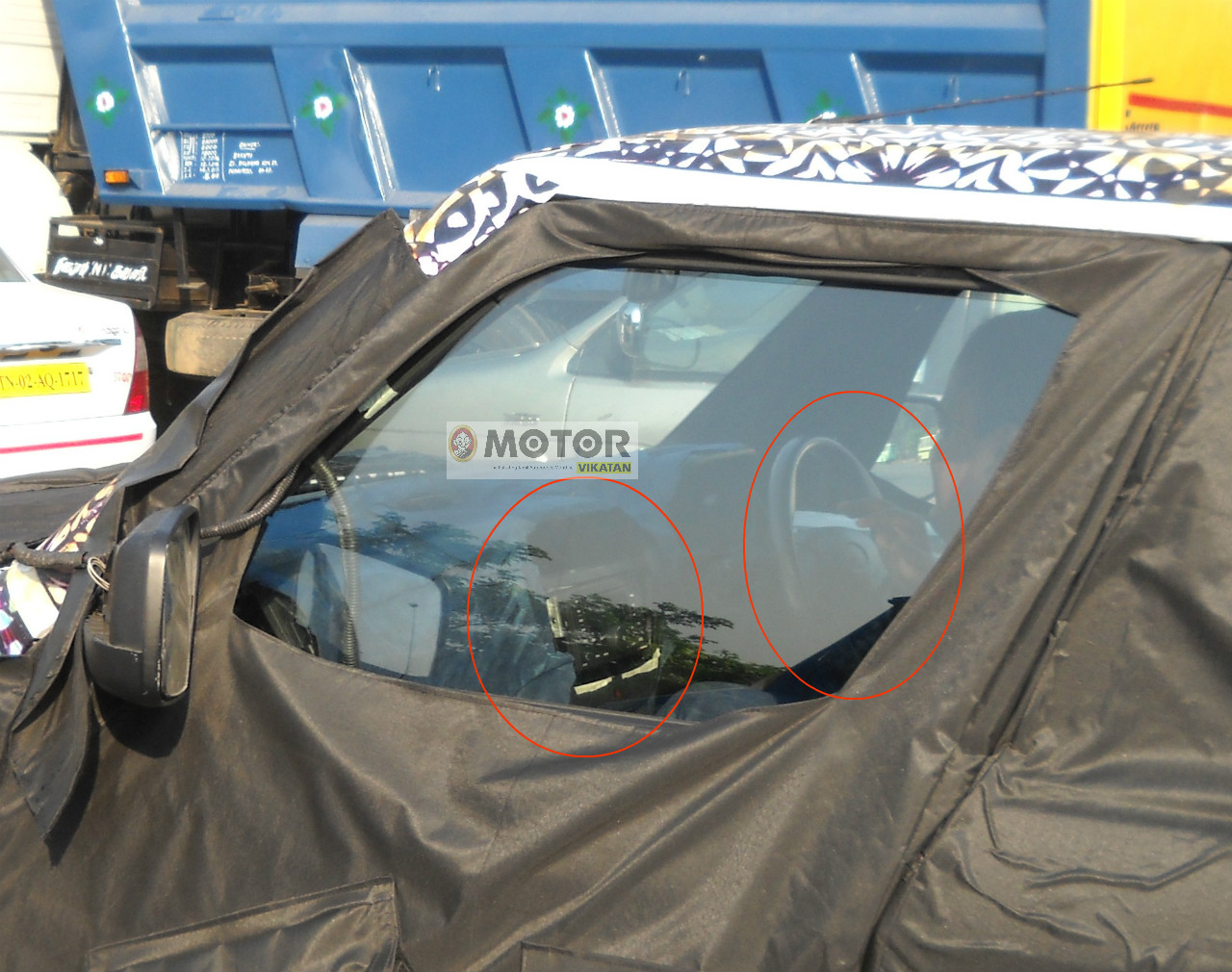 The online auto world here is talking about the mysterious mule Mahindra has been caught testing in India as well as in Germany. Labelled with codename U301 (which is the Next-Gen Bolero), this car, if et all, will be the shorter version of Bolero and there will definitely be a full sized version on offer at the same time.

In a new development, chaps at motor.vikatan.com have published new spy shots of the vehicle, spotted by one of their readers, in Tamil Nadu. One of the images show a substantial part of the dashboard that breaks away from the utilitarian scheme of the current Bolero. The new one sports a contemporary three-spoke steering wheel (might come with audio controls on it too), rectangular air-con vents, and a big enough LCD display for the infotainment system! 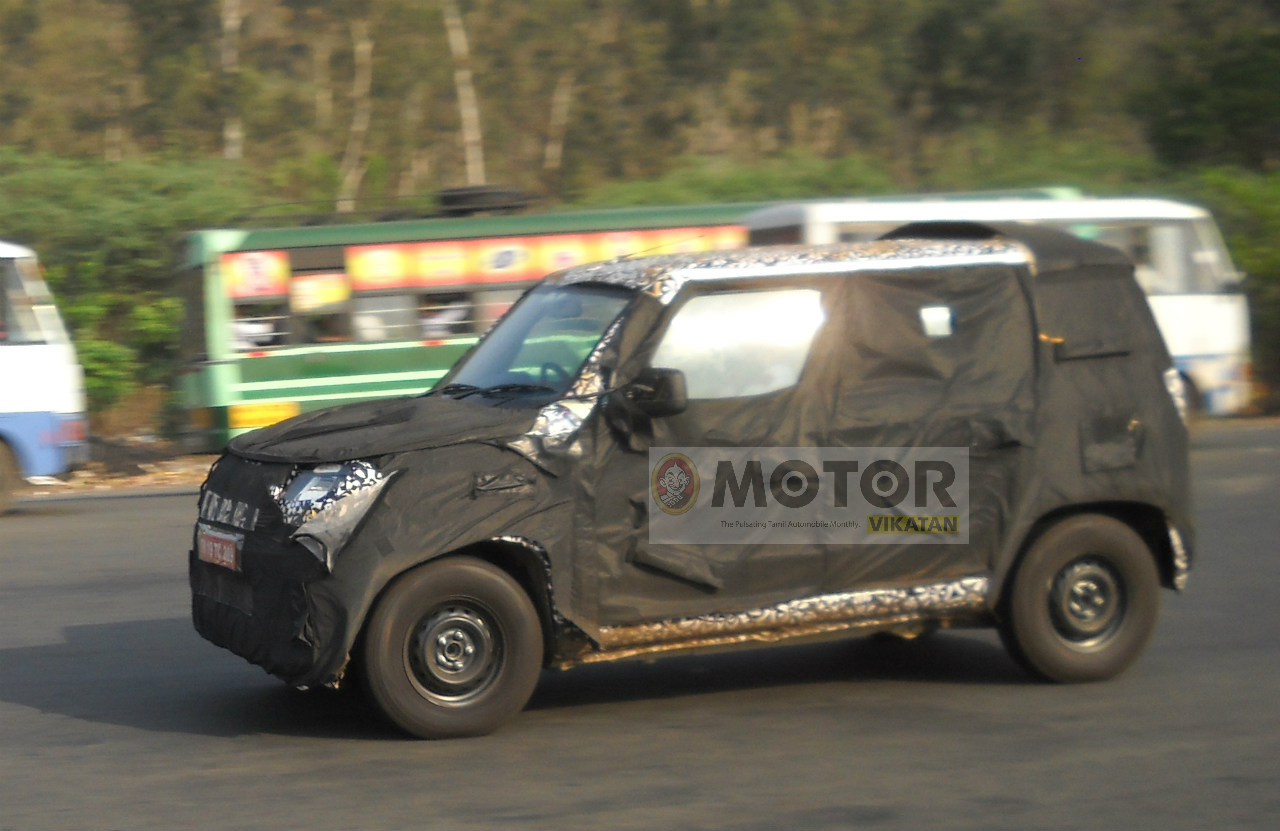 The outside gets an imposing macho style with straight lines and zilch curves. From the ‘looks’ of it, this one will have better road presence than the current Bolero. Still, this Mahindra does appear to be under-tyred and can do with bigger wider tyres, however, being a utilitarian, we believe Mahindra may abstain from doing so in the final production car.

We recently told you about Mahindra developing a new family of engines that will comprise 1.2-litre and 1.5-litre units in both diesel and petrol forms but the new engines won’t come to India before 2016 according to Mahindra. Therefore, there is a possibility that Mahindra offers this U301 initially with the Quanto’s 1.5-litre diesel engine that produces 100PS of peak power and 240 Nm of torque. 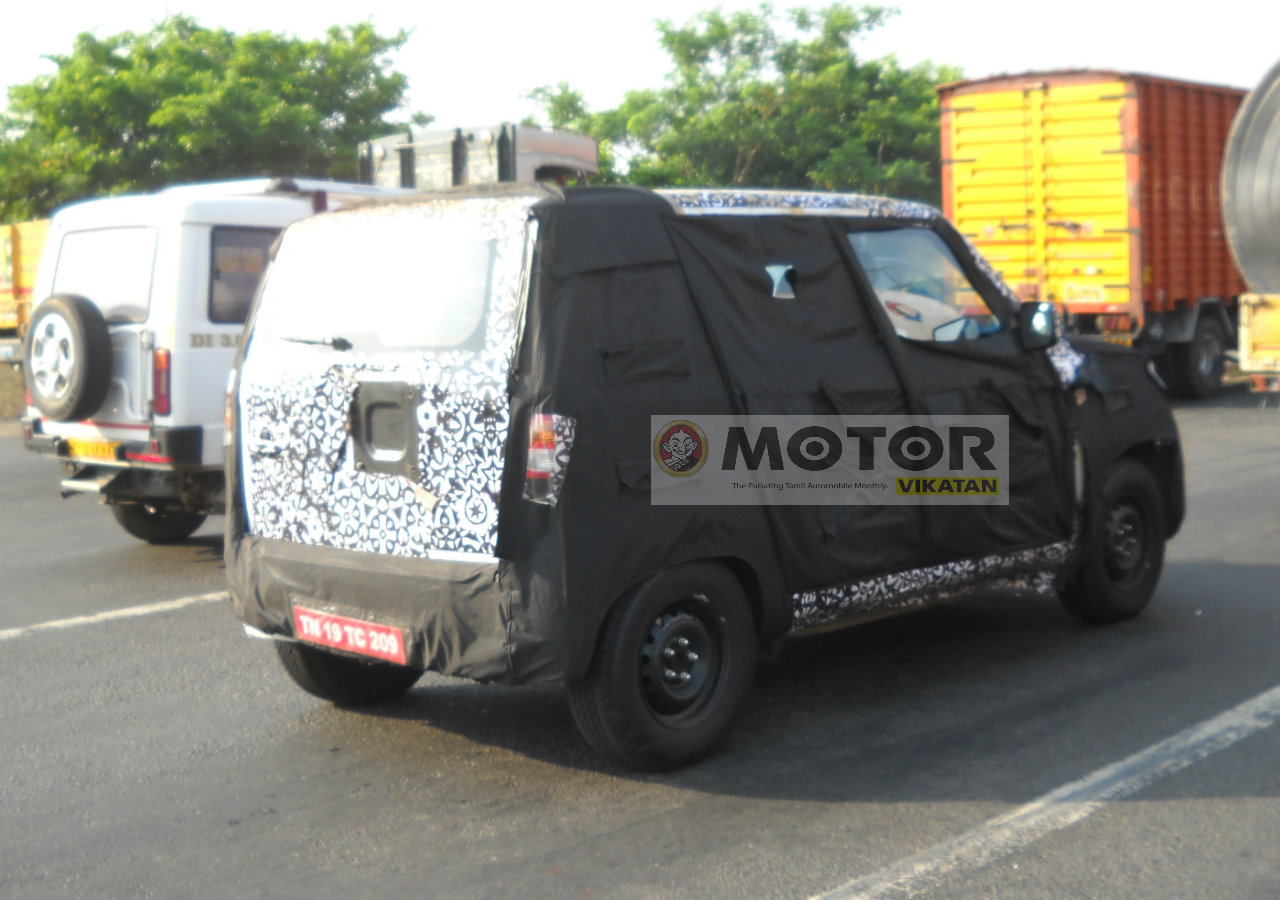 Next year Mahindra will launch a horde of compact SUVs ranging from S101, S102 as well as this U301.