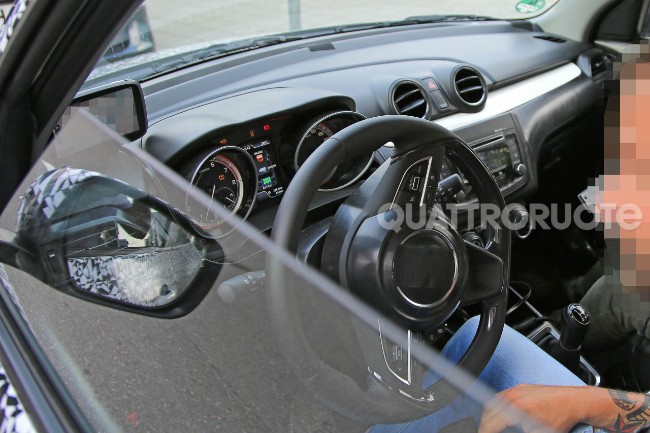 The Swift has been a name which has found a home in the heart of millions in India alone. Production for the car began in India for the first time back in May 2005, months after it went on sale first at Suzuki’s domestic market in Japan. Moving on the company is now getting ready to bring the next generation Swift in 2017.

A test unit of the car was recently spotted by the folks at an Italian publication Quattroruote.it. While images have been floating around over the internet, this is for the first time that we get to see the interiors of the new Swift. Matching the sketches which had leaked earlier, the driver instrumentation gets the twin pod layout. The dashboard as a whole though gets a toned setup which reminds you that yes it is a family car.

An interesting revelation though is the presence of a battery indicator which signifies that Suzuki will be fitting the new Swift with SHVS. Post the success of the Ciaz SHVS and Ertiga SHVS, we can expect Maruti to do the same in India. Powertrains can be expected to be the same 1.2 litre petrol and 1.3 litre diesel. What will be really fun though is a sporty version with the 1.0 litre Boosterjet engine (just like the upcoming Baleno RS). 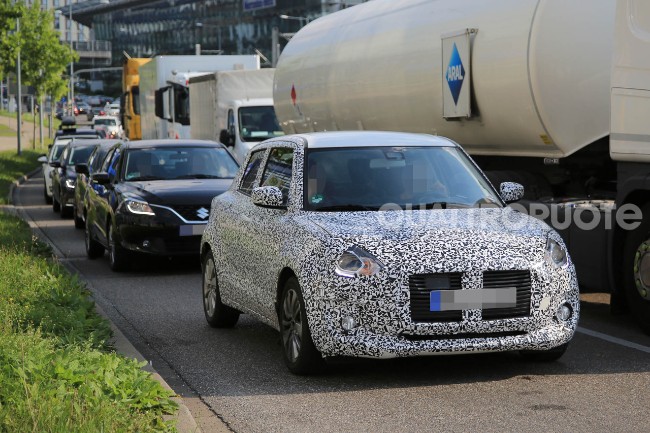 The test unit spotted is possibly of the lower trim due to the presence of the 2 Din audio system. The top end variant will hopefully get the new touchscreen SmartPlay infotainment system.

Considering the way Swift hatchback is losing its market share in India, we expect Maruti to bring this update to India soon after it is unveiled internationally.