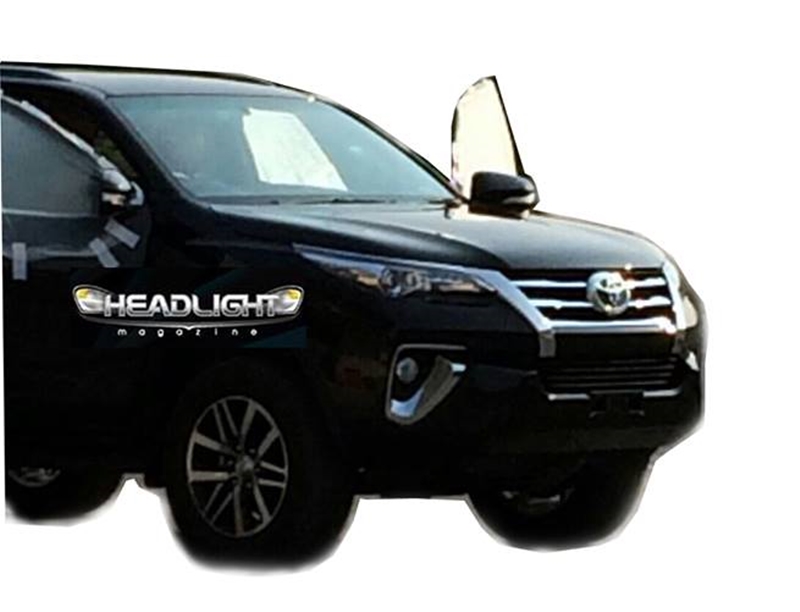 The Toyota Fortuner, country’s largest selling premium SUV, is set to get onto its next-generation model soon. After its world debut sometime later, it may be showcased in India at the 2016 Auto Expo. While camouflaged units have been spied a few times earlier, for the first time we can see how the SUV is going to going to look in pics.

In these leaked spy pics credit Flywheel, we can see that the new Fortuner draws some inspiration from the Camry. The chrome lined front grille has twin horizontal slats and the leaner head lamps are completely inspired from the sedan and remain projector units. The air dams are blackened while the fog lamps console look flashy and may be complimented with LEDs. That kink near the C pillar reduces the straight side profile.

The brawny look has given way to a sleeker profile which looks sporty and aggressive but at the cost of a lot of muscle. While the powertrain is expected to remain the same 2.5 litre and 3.0 litre diesel, they are expected to be more powerful to match up to the competition.

Expect Toyota to globally unveil the next-gen SUV in a European motor show later this year.