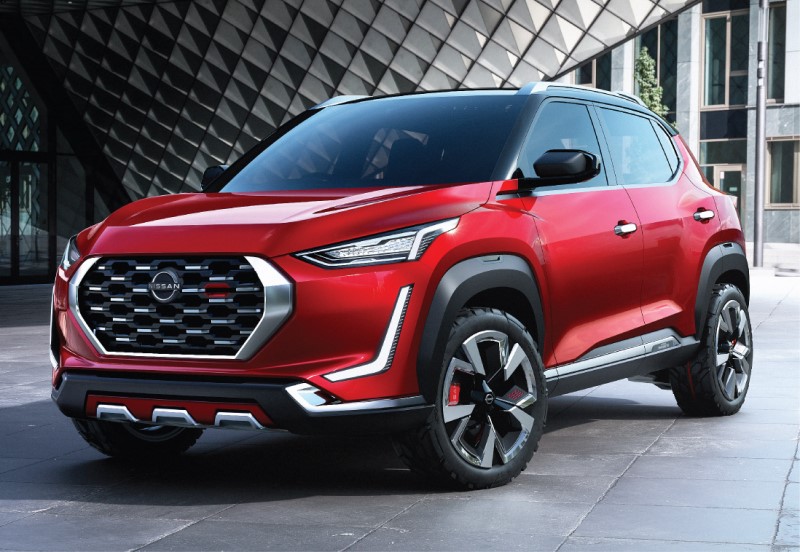 Nissan Magnite pics also attached at the end. The company also showcased its new logo, apart from its biggest bet yet – ‘Magnite’.

It is well known that Japanese automaker Nissan is preparing a new B-SUV for the Indian market and it has just unveiled it in its concept form. It is now official that the upcoming Brezza rival will be called as ‘Magnite.’

Magnite, at least in its concept form, looks brilliant. And it looks like the car will also be rich in features. Nissan has confirmed that features like cruise control, a 360-degree camera, and connected car tech will be a part of the production model. Apart from that, the compact SUV will be more or less similar to the concept version showcased by the company.

Speaking on the occasion, Rakesh Srivastava – the Managing Director of Nissan Motor India, said that the name has been derived from two words – “magnetic” and “ignite.” According to him, while the word “magnetic” highlights the design and the product attribute that will attract the customers, “ignite” emphasizes on the beginning of a new era that the company wants to bring to India.

Magnite will be built in India and exported to countries across the world. According to Nissan, the vehicle has been designed in Japan, keeping in mind the Indian conditions and customers. Local production of the car indicates that the company plans to price it aggressively. Rumors predict a shocking entry price tag of around Rs 5.25-5.50 Lakh.