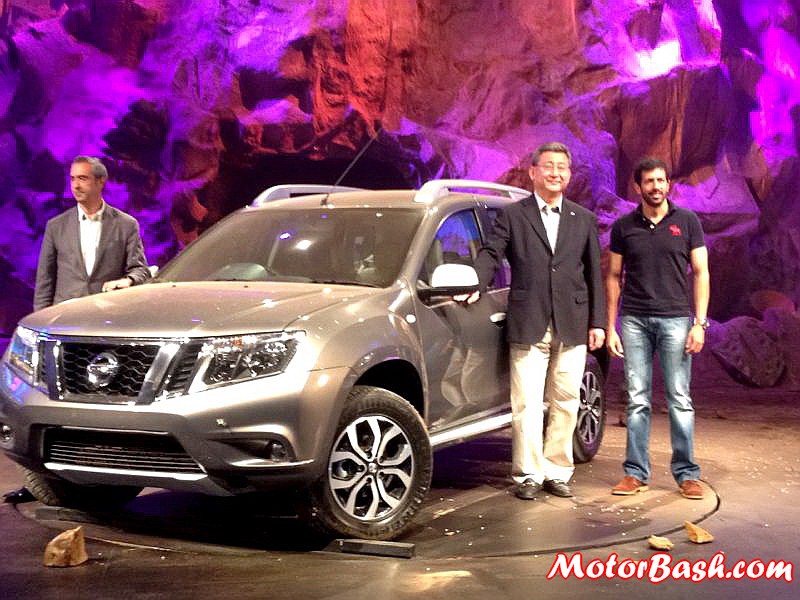 Nissan has officially unveiled the Terrano today in a filmy ishtyle at a film studio in Mumbai. MotorBash was invited to witness the official unwrapping of the compact SUV which, the company expects, will change their fortunes in India.

Here are all the important pointers you wish to know on Nissan Terrano: 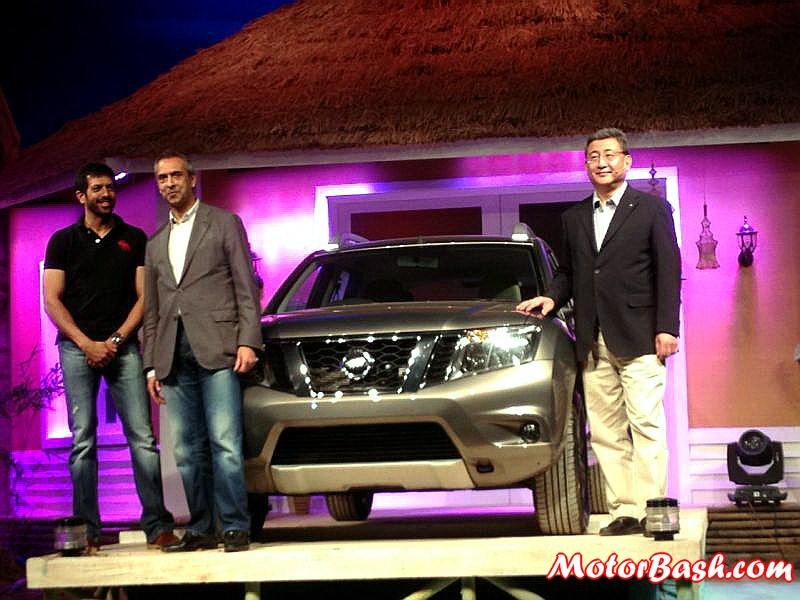 At a sub-10 lakh price tag Nissan has already signalled that it will be priced higher than Duster. This also hints at the possibility that Terrano might come only in diesel 85PS and 110PS variants and ditch the petrol engine completely. Duster in itself is a costly car and Terrano following the suit will make matters worse for the company.

Will Nissan be able to pull this one off with different interiors, looks and freshness? It remains to be seen!

We will update digicam pictures including interior shots of the car shortly!