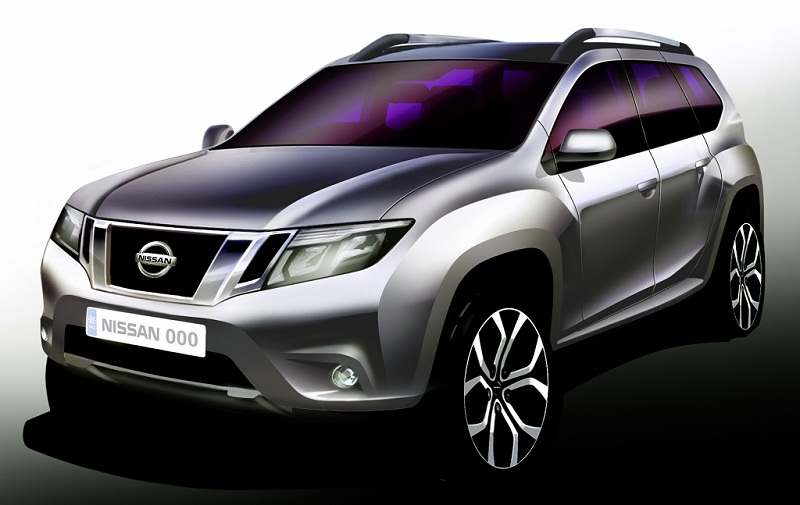 After being down in the Indian market, Nissan has revamped their strategy and it has a plethora of new products in pipeline to strike back with a bang.

The first product that the Japanese giant has chosen is the ‘Terrano’ Compact SUV which is based on the rage Renault Duster. Nissan has officially revealed the sketch of the upcoming car and has also started with online promotion already hinting at an early launch.

When the whole country was expecting that Terrano will come during the festive period, Economic Times reports that Nissan will launch Terrano in July which means this month only! This is really interesting and Terrano will be Nissan’s best shot at fame in the our market considering the way Duster has been accepted widely by the masses.

Nissan also has a world premiere event scheduled on 15th July where they will unveil the Datsun brand to the global audience. So, if the Terrano is coming this month it might just be towards the end of this month.

According to the sketch Nissan has released (pictured above), Terrano will come with a new face and possibly a new rear as well. There will, reportedly, be no changes to the interiors and the engine options are also expected to be the same. What will be interesting to see is whether Nissan will chose all the engine configurations or will cut a few short to keep it simpler initially.

However, what is worrying is the fact that Nissan Terrano will be a costlier alternate to Duster and with EcoSport launched at shocker of a price, this will put further pressure on Nissan. Nonetheless, we have the car, we have the possible launch time frame, other details will flow in.

If you spot the Nissan Terrano, do not waste a second and share its spyshots with us and earn quick cash. More Details

Will Nissan Terrano SUV be Able to Replicate Duster’s Success?