Update: Zero production for Fiesta continues in July 2015 as well!

It was clear from the very beginning of its launch that Ford India is not very hopeful of their new Fiesta. It was evident from their lack of promotions, marketing and the biggest of all – they did not wanted to waste time and efforts on introducing the 1.0 liter EcoBoost petrol motor on the car. In fact, they did not and are still not offering a petrol engine on it yet!

Despite very lucrative prices, new Fiesta did not find many homes and has never been a brisk seller! According to the official SIAM sales report we have, Ford sold only 289 units of the new Fiesta (and Classic) during the first quarter of this year as compared to the already-low 1850 units during the same period last year. Their cumulative sales (April to July) at ONLY 303 units in 2015-16 (compared to 2492 in corresponding period last year) are at their lowest levels!

Individually, in May 2015, Ford sold combined 46 units of the Fiesta and Classic. This dropped to an even low 22 units in June and the trend continues with only 14 unit sales in July 2015! But there is more to it…. Since May this year, Ford has NOT produced a single unit of the Fiesta or the Classic and this July makes it the third month on the trot.

The Classic, we understand, is no more in production since it has given way to the new Figo Aspire. But why is Ford NOT producing the new Fiesta? Do they plan to discontinue the car altogether? We do NOT think so! 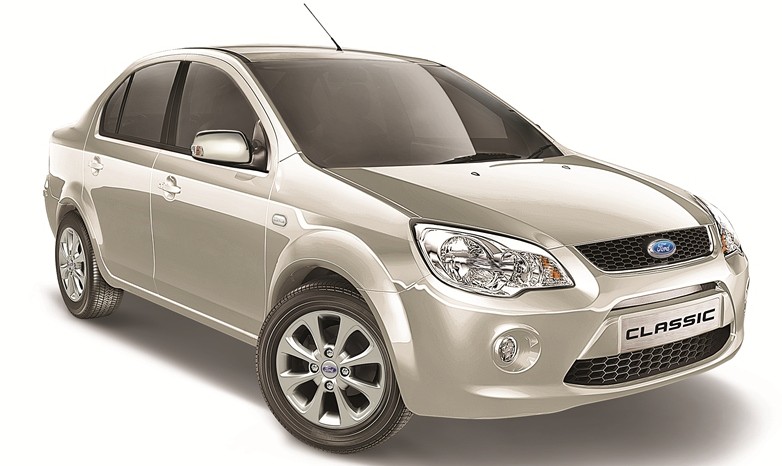 The next and a bigger possibility is that they may be working on an upgrade with the more powerful 100 PS diesel motor which the Figo Aspire comes along with. Currently, Fiesta makes do with the 91 PS version of the same 1.5 liter TDCi motor. In fact, they may also launch it up with a petrol engine. To support this statement, a test mule of Fiesta was snapped testing automatic gearbox on ‘a’ petrol engine back in April this year.

If a facelifted/updated Fiesta is indeed in the menu, we urge Ford to also consider the 1.0 Liter EcoBoost!

The company has recently confirmed the launch of the New Figo hatchback around October and the new Endeavour towards the early part of next year.