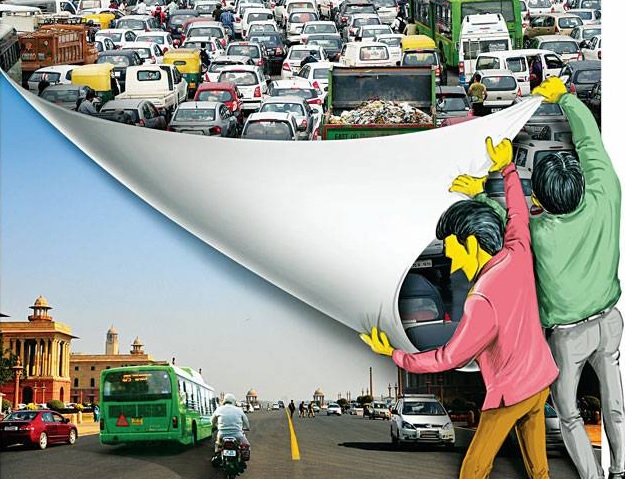 The national capital is back to the Odd-Even scheme for cars from today. Motorcycles continue to be exempted this time as well. Tried for the first time with debatable results in January, the scheme did help in reducing traffic congestions and petrol/diesel sales. The rules remain pretty much the same except for the inclusion of cars with school children in the exemption list. However, parents on the way back will not be given the same leeway.

Another major test for this time is the attempt to check levels of the highly dangerous PM1 (particulate matter with diameter of less than 1 micron). This tiny spec can easily enter the lungs and blood stream to play havoc with the cardiovascular system over time. The government had claimed to do the same last time as well but failed to do so, and instead focussed on PM2.5 and PM10.

Delhi Metro, to help reduce the congestion levels, will be running maximum number of trains which can be brought into operation. With a fleet of 220 trains, 200 of these will be running, registering around 3,248 trips every day. Last time the score was at 197 trains and 3,192 trips per day. 15 extra feeder buses have also been roped in for the next 15 days and three new routes have been introduced.

The promise to start vacuum cleaning of roads instead of the traditional brooms has been met but the plan has been implemented on selected roads only. The government plans to cover over 1,000 km of road in the next 2 to 3 months. A special helpline number has also been set up (011-422400400) where people can call and clear their doubts about the odd-even scheme.

We met a lot of Delhi citizens and majority of them liked the odd-even scheme. How will things pan up this time? What are your views on this? Will implementing them every month help?