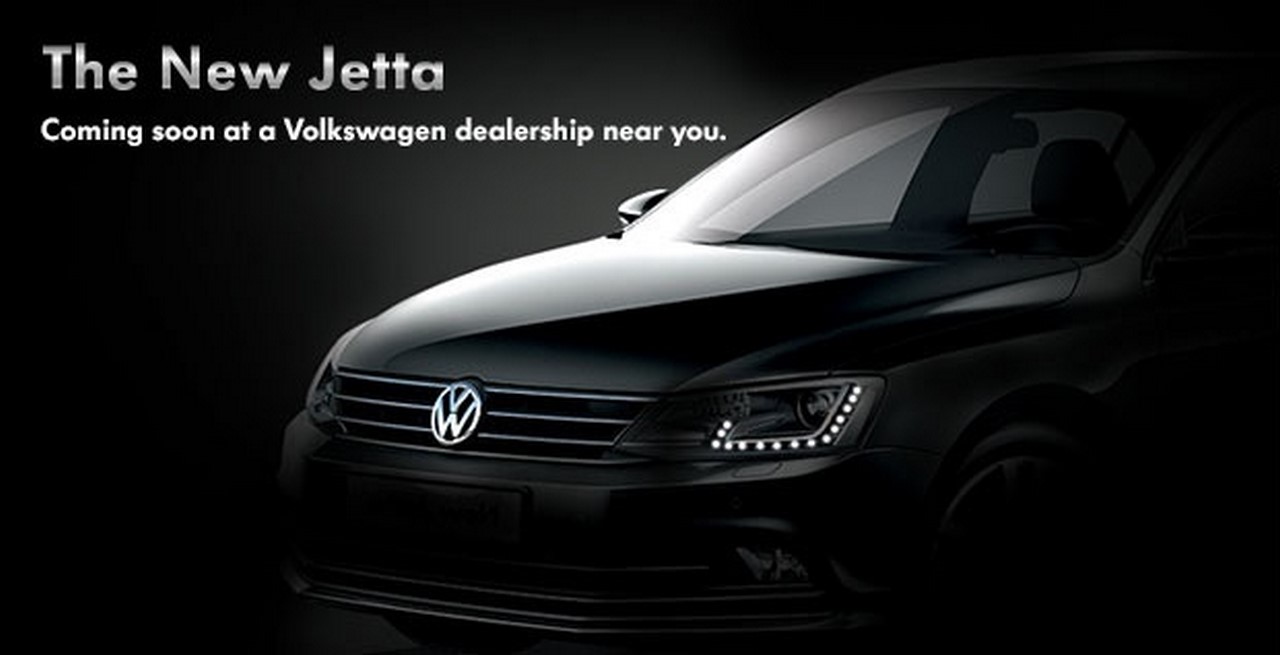 Volkswagen’s Jetta began its life in India with the fifth generation model getting launched here back in 2008. The car entered its sixth generation version in August 2011 and the company has officially announced a mid-life facelift in the form of the 2015 Jetta on February 17, 2015 in Mumbai. Needless to say our Mumbai team will be there at the venue covering the event live for all our readers. 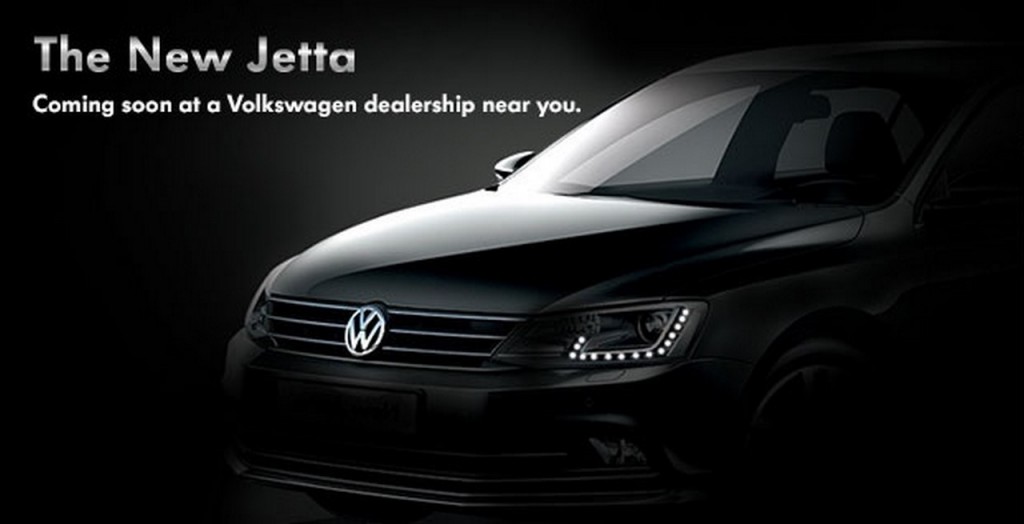 The company has taken off the previous version of the Jetta from their official website and posted a teaser image with glowing LED daytime running lights. The car gets a suave new front grille with redesigned front bumper fitted with rectangular fog lamps. The interior too is expected to get a minor upgrade. Engine and transmission options are expected to continued like before.

The new Jetta shall continue to be brought here via the Completely Knocked Down Unit (CKD) route. The alterations will also include a new set of tail lamp and redesigned tail end with alloy wheels.

Along with the information and invitation of new Jetta’s launch, Volkswagen has also quashed the ‘leaked’ prices that are doing rounds on various Indian websites at the moment. The company has specifically said that the claimed ‘leaked’ prices are incorrect and misleading and the new prices of 2015 Jetta will only be revealed on 17th Feb.