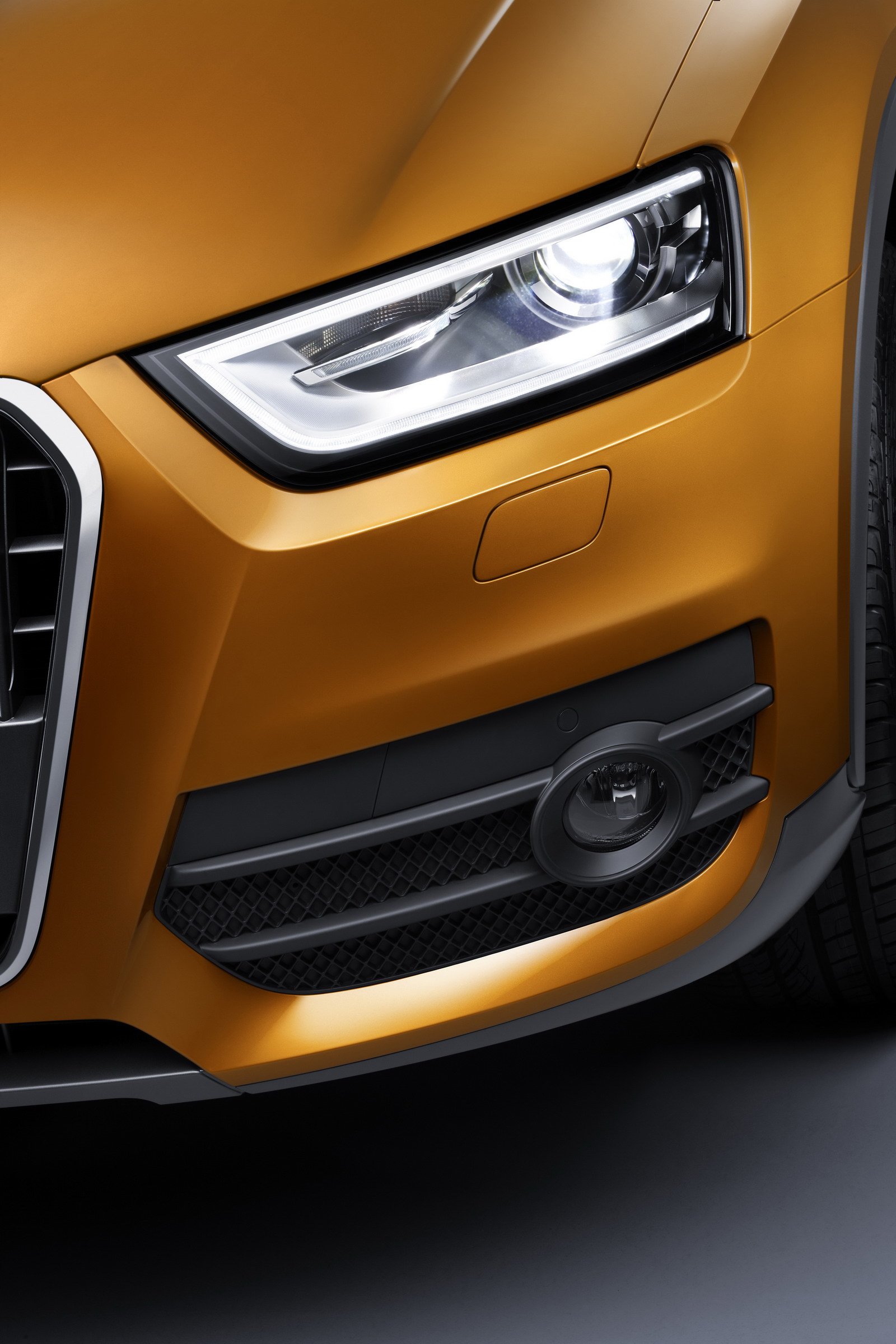 German luxury carmaker Audi is set to launch Audi Q3 in the Indian market soon. The Audi Q3, recognizable as the youngest member of the large Audi family joins Audi Q7 and Audi Q5 which are already dominating the luxury SUV market in India. The Q3 is expected to further strengthen the dominance of Audi in luxury SUV segment in India and replicate its success in an entirely new segment riding high on its past track record. 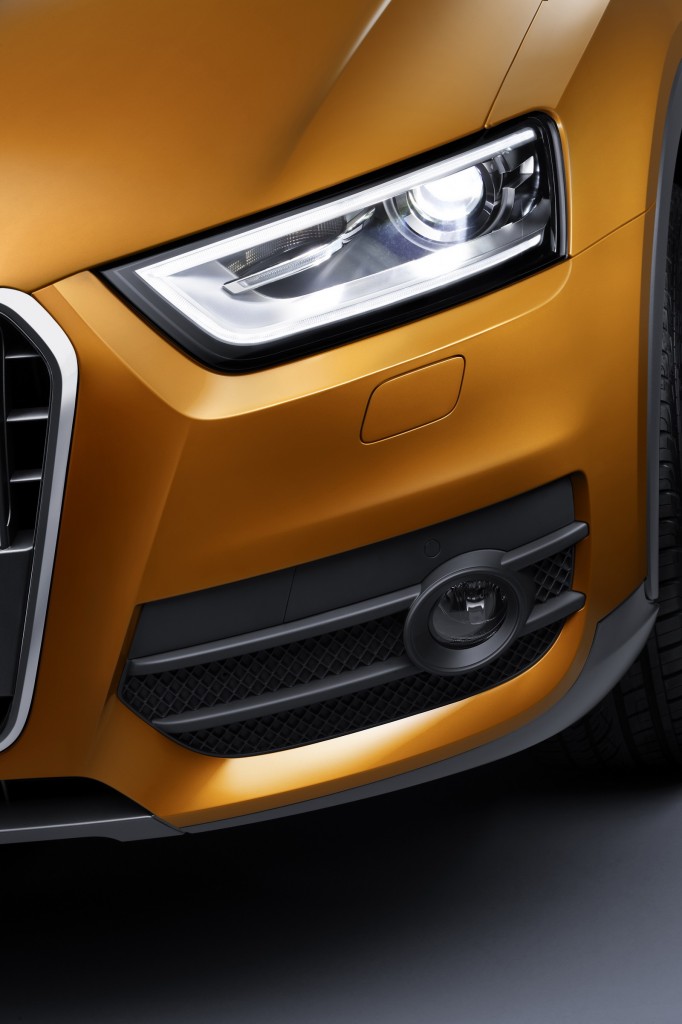 Audi Q3, the premium SUV in compact form displayed by Audi in India during the Auto Expo 2012 is expected to help Audi carve out a new market segment in India. Audi Q3 is learnt to have generated tremendous interest among customers with many enquiries already reaching the dealerships. Industry experts are unanimous in their forecasts about excellent potential of the Audi Q3 in India. 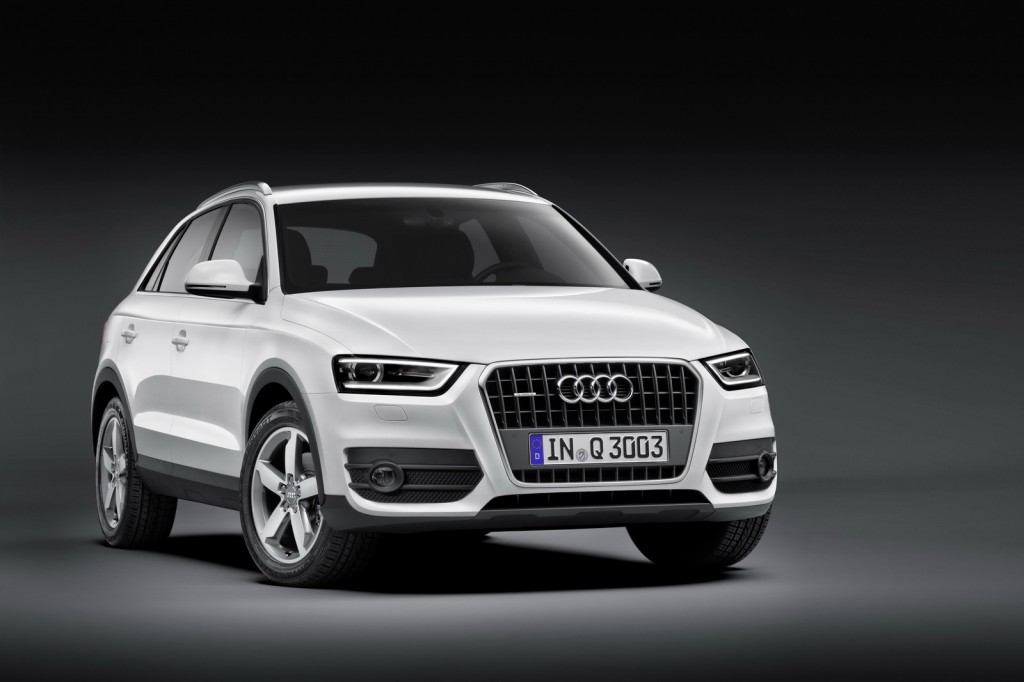 Audi India has positioned Audi Q3 as a sporty, efficient and versatile urban vehicle.  Every aspect of Audi Q3 showcases Audi technology – the body, the drivetrain, the chassis and the assistance and multimedia systems. Many of its solutions are straight from the luxury class. The Audi Q3 is a practical companion for everyday – an urban model that feels at home anywhere. These qualities make the Audi Q3 an apt choice for the youthful customer that the brand wants to attract. 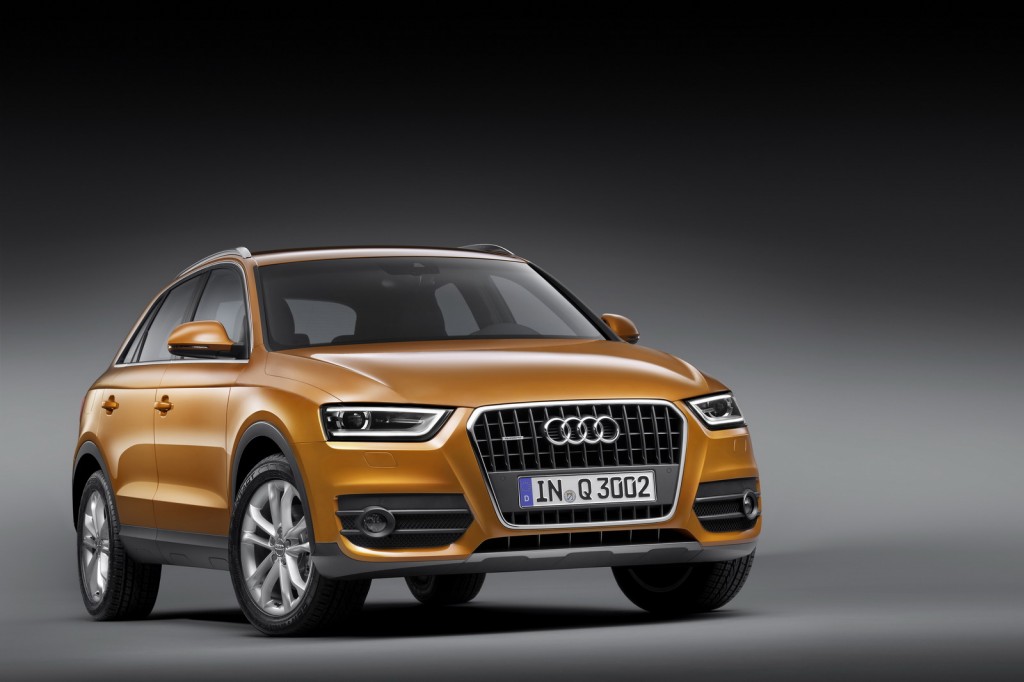 Centred around the theme of ‘Start Young’, the Audi Q3 saw an impressive introduction this year at the Auto Expo where Bollywood actress Katrina Kaif unveiled the model. And going by the initial excitement that the Q3 has raked up it is clear that it is not only the high-flying jetsetters that are driving in the Audi luxury but it is a hot favourite even with the young go-getters that want a slice of the Q life. 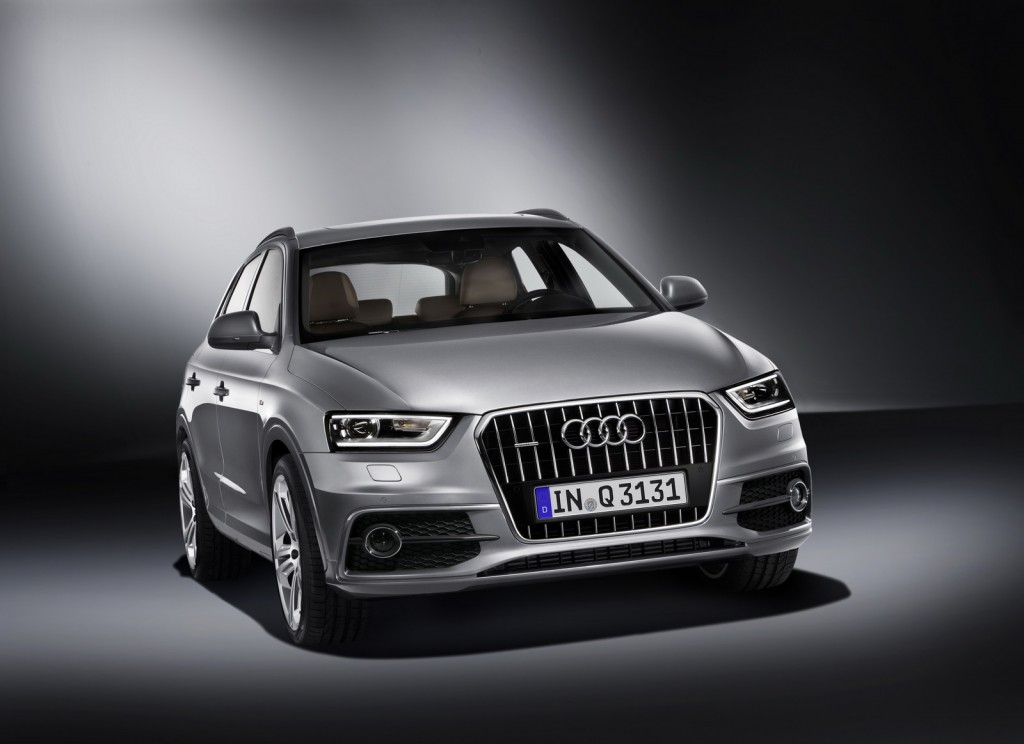 The strong performance of Q3 is expected to take the sales of Audi India a notch higher even as the brand has entrenched itself firmly as the fastest growing luxury brand in the country. Audi had recorded sale of 5511 cars from January to December 2011 registering a yearly growth of 84%. The company has announced a sales target of 8000 cars for this year and Audi Q3 is expected to play a major role in achieving these numbers. 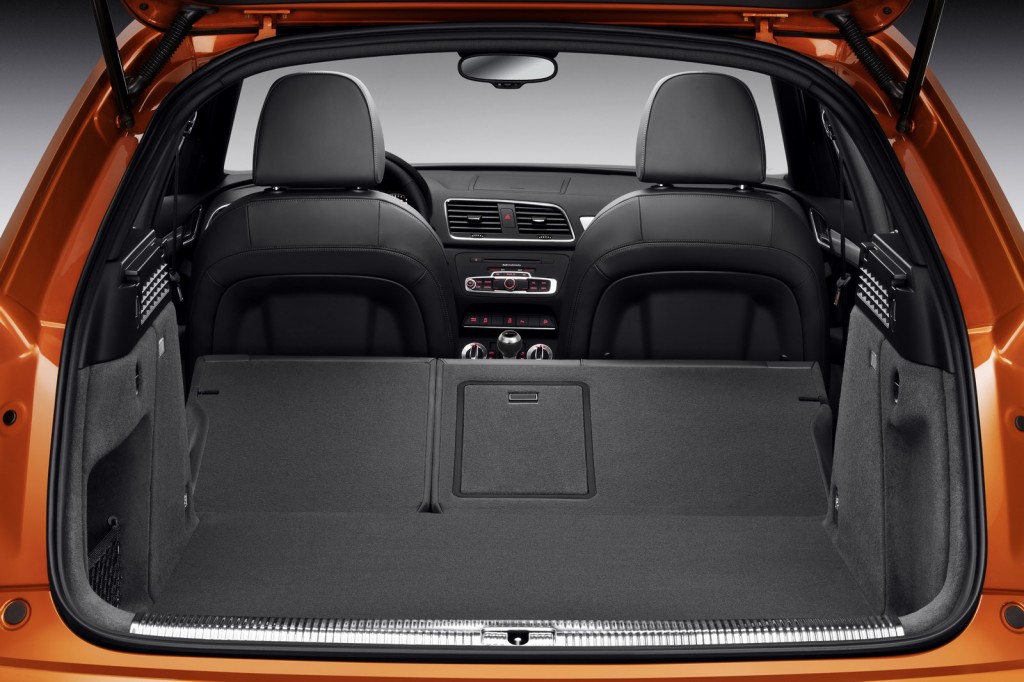 Audi India has already seems to have struck the right chord with the customers here, with India being the fastest growing market globally for the company. Audi is further well positioned to realise the target it has set out for itself, thanks to the fact that Sports Utility Vehicles or SUVs have shown an impressive 13% rise in sales recently. More so, in a country like India which enjoys wide topographical terrains well suited for SUVs, the Audi Q3 is entering a market it has been custom-made for. 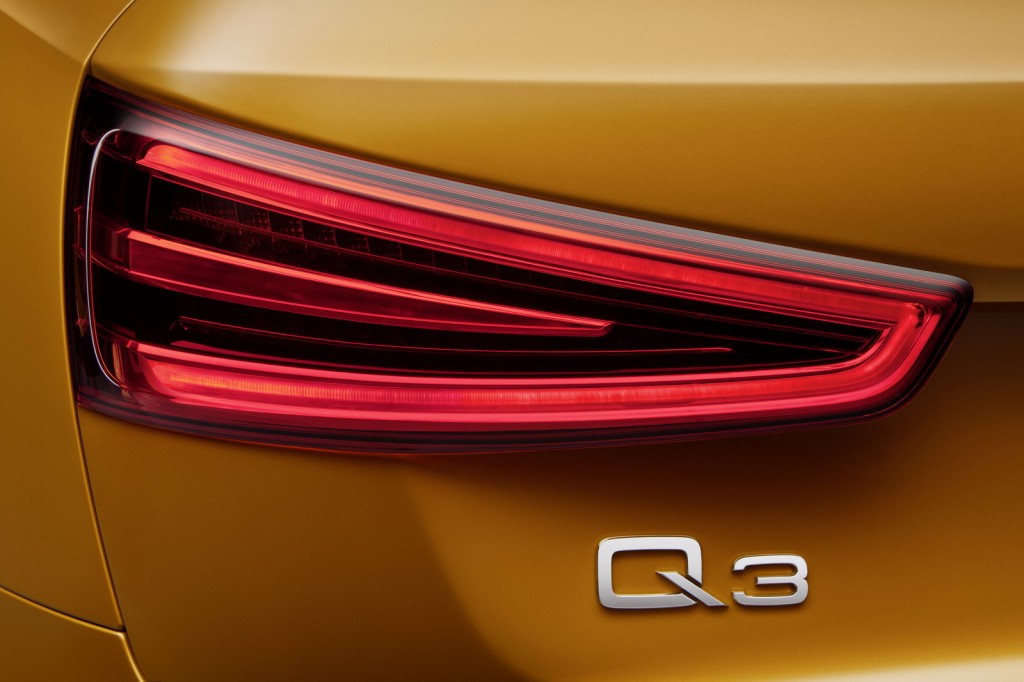 Mr. Michael Perschke, Head, Audi India, said, “The Audi brand will continue its aggressive strategy in India by launching exciting new models to boost its product family. We are buoyant about the performance of Audi Q3 and are sure that Audi Q3 will have the same success as Audi Q5 and Audi Q7.  The interesting aspect of our ‘Q’ family of cars is that they share the same DNA and hence there is no compromise on the brute look or off road performance.”

Earlier during his visit to India for Auto Expo 2012, Mr. Peter Schwarzenbauer, Member of the Board of Management of AUDI AG Marketing and Sales had commented, “India is a key strategic market for Audi and we are making a clear long-term statement in the country with ambitious expansion plans. Audi has seen a phenomenal growth rate since its inception in India five years ago. The Audi Q3 is a premium SUV in a compact form. Individual mobility has been very much a status symbol around the world, but it did not have the same paramount status in India. This, however, is changing and today for the Indian upper middle class, the automobile is replacing real-estate as the new status symbol. The Audi Q3 reflects this changing attitude and will, like a true SUV lead the way for ‘premium’ to enter the compact SUV segment. We look forward to bring other latest models from Audi to India in the near future. This is part of our commitment to the Indian customer.”

In 2011, Audi India opened new showrooms in Delhi, Chennai, Ludhiana, Surat and Indore. Audi India has plans to expand its network to 25 dealerships by the end of this year from the current 16 centres to fuel the growing demand. Audi recently opened its dealership in Nagpur and has further plans in Coimbatore and Lucknow.