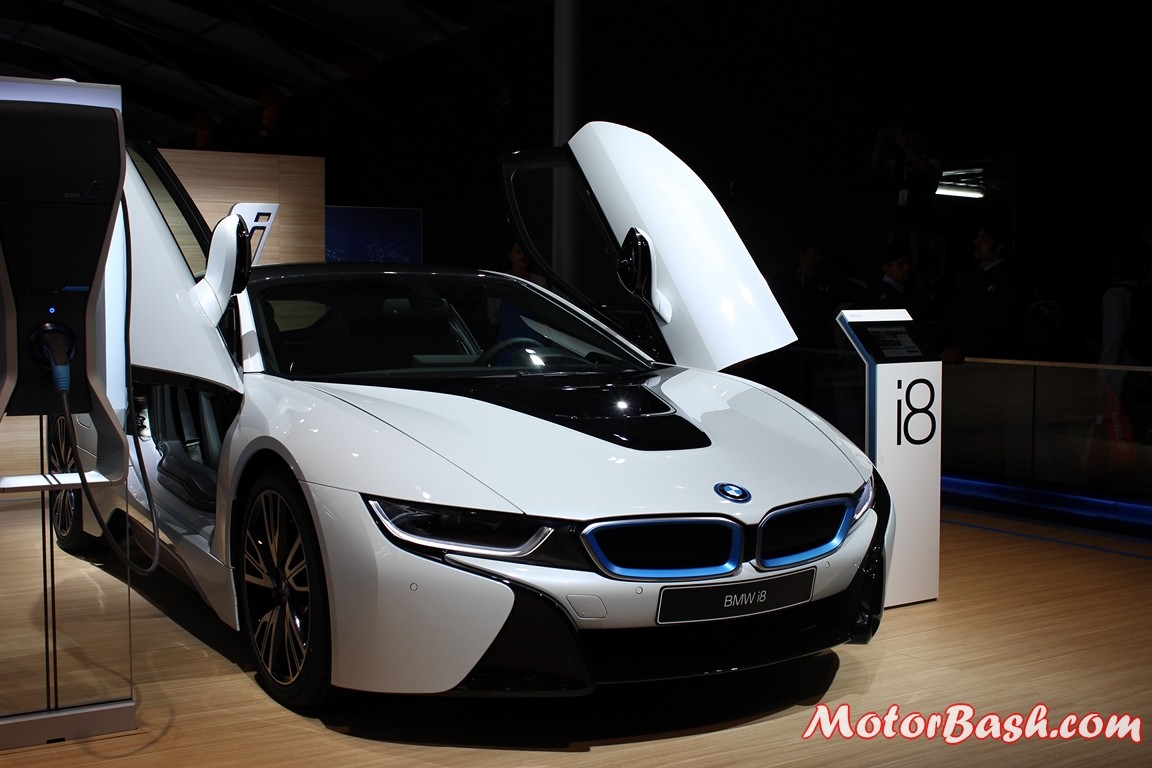 The BMW i8, showcased in its road going format at the Auto Expo will finally be launched in India on February 18, 2014 in Mumbai. The launch will be graced by the God of cricket Sachin Tendulkar. One of the most awaited launches by the German auto major, the i8 will add a whole lot of versatility to the BMW product line-up in India. 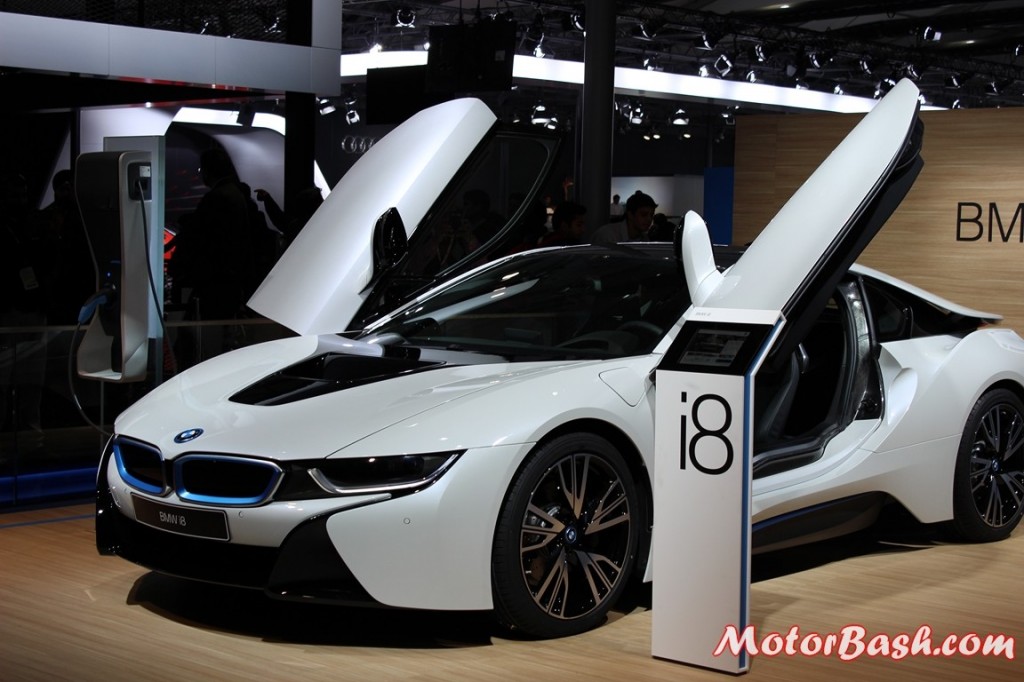 For starters, i8 is BMW’s plug-in hybrid sports car. The car claims of an all-electric range of 37 km and a total range of 600 km. It boasts of an amazing fuel efficiency of 32.31 kmpl. In the all-electric mode it will have a top speed of 120 kmph while the overall top whack is electronically limited to 250 kmph. It weighs just 1,485 kilos and has a very low drag coefficient to make it aerodynamically streamlined. Acceleration? Well, it does a 0-100 kmph sprint in just 4.4 second flat! 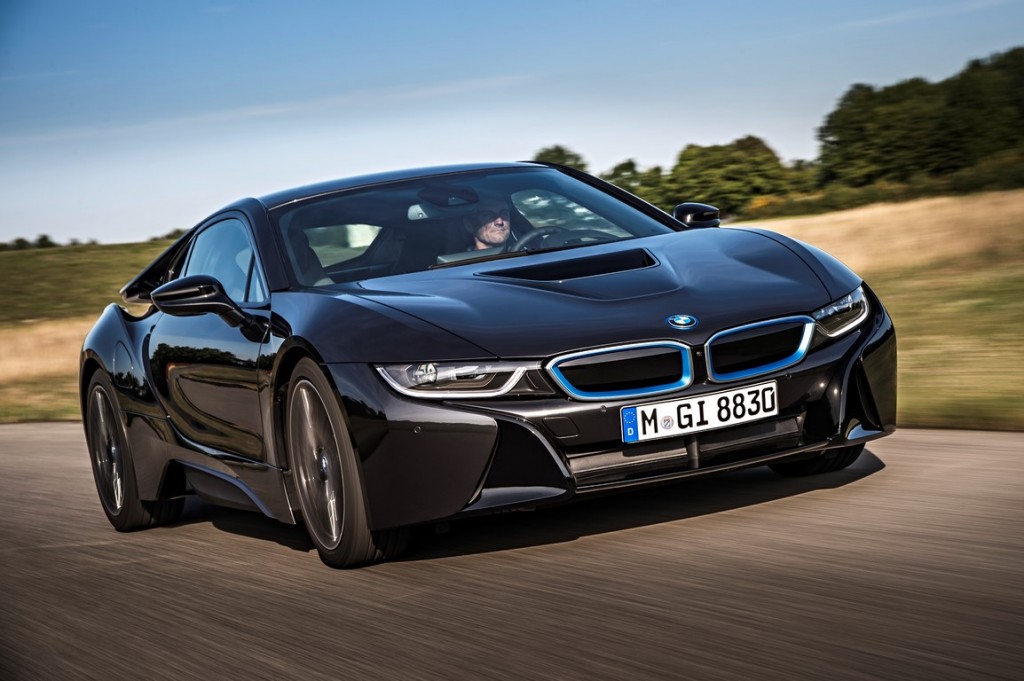 The first car in the world to have laser head lamps, the car has tons of style which can make any auto nerds start drooling at just a glimpse. Apart from a head-up display and specially developed fake engine noise, the oomph factor is taken to another level with scissor doors. The petrol 1.5 L engine produces 231 PS of power at 5,800 rpm and 320 Nm of torque at 3700 rpm. The hybrid synchronous motor manages to churn out 131 PS of power and 250 Nm of torque. 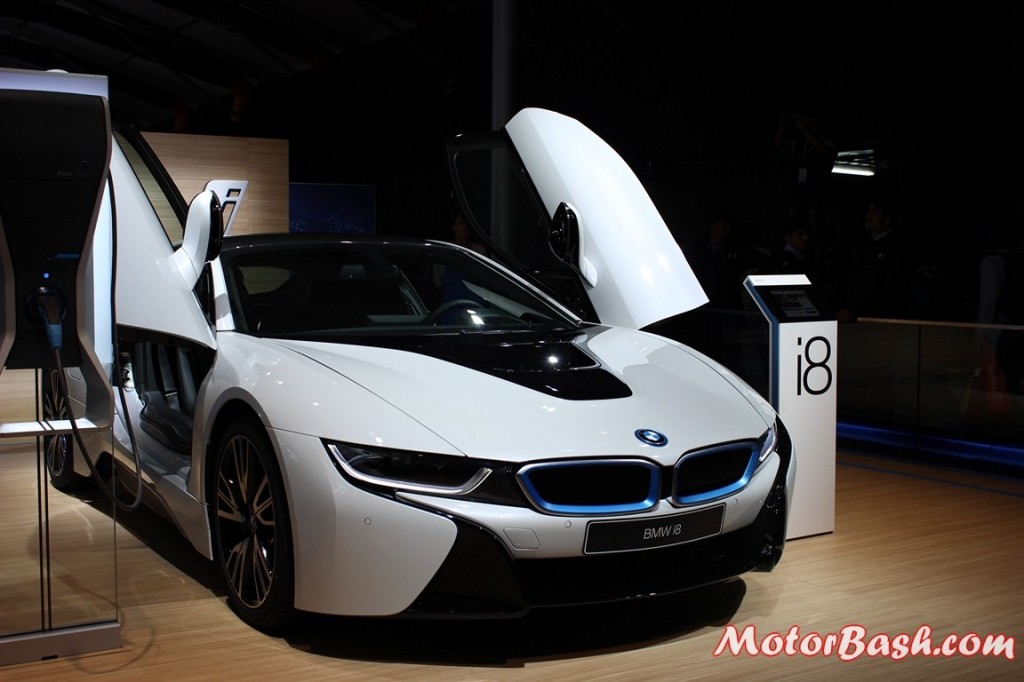 The company has already sold 1,781 units of the i8 last year since its launch in June and hopefully the Indian market where it will be launched as a niche product will further be able to add a few more numbers. Expect a premium price tag as it will be brought to India via the CBU route.