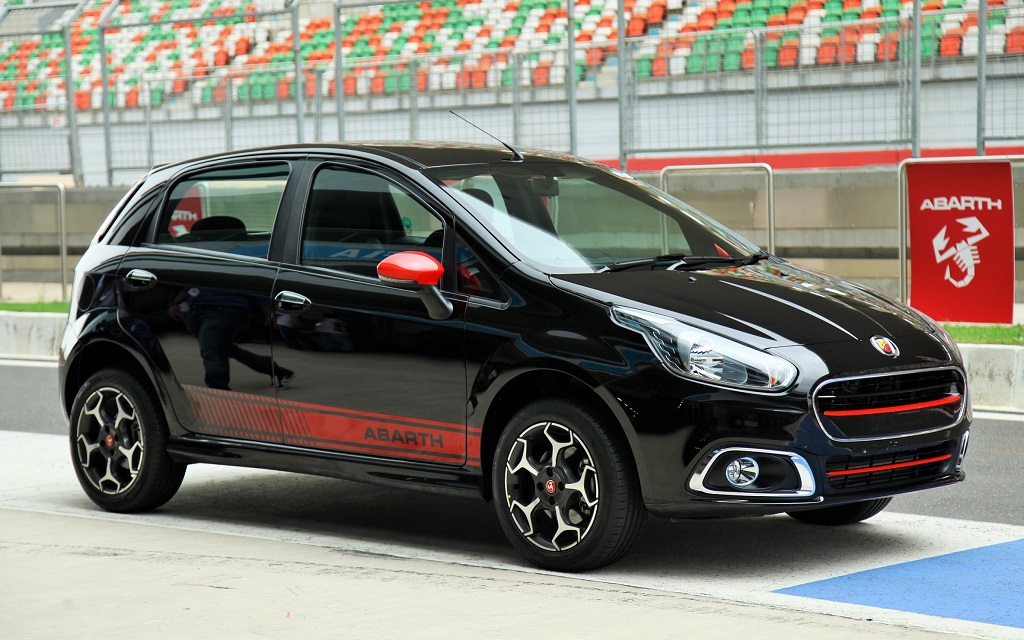 During the launch of Abarth 595 Competezione, Fiat also showcased their next product under the ‘Abarth’ brand – the 145 hp Punto Evo Abarth. We have already presented its first look with 20 droolworthy pictures and you can check it out here..

Now, in an official communication, Fiat has officially announced the commencement of its bookings along with the following details…

With this, they have also confirmed that the most affordable Abarth in the lineup will be launched in ‘a Month’s time’ in India which means an October introduction is very much on the cards. We expect its prices to hover around or under the Rs 10 Lakh price mark.

Following this, Fiat is also working on Avventura Abarth, which has also been caught testing a few times and very recently, a snippet claimed that the Abarth-ified version of Linea is also under consideration!