So, here it comes…! For all the Jaguar aficionados, the most affordable Jag sedan is coming and coming soon! In an official communication, Jaguar has announced that the world premiere of Jaguar XE will take place on September 8th.

The new XE was announced to the world at the Geneva Motor Show and the unveiling event will take place at a star-studded event in London. Jaguar promises that the XE will be no compromise and will be a true sports saloon with segment best dynamics, refinement and technology! When they talk about segment, they intend to mean the likes of C-Class, A4 and the 3-Series! 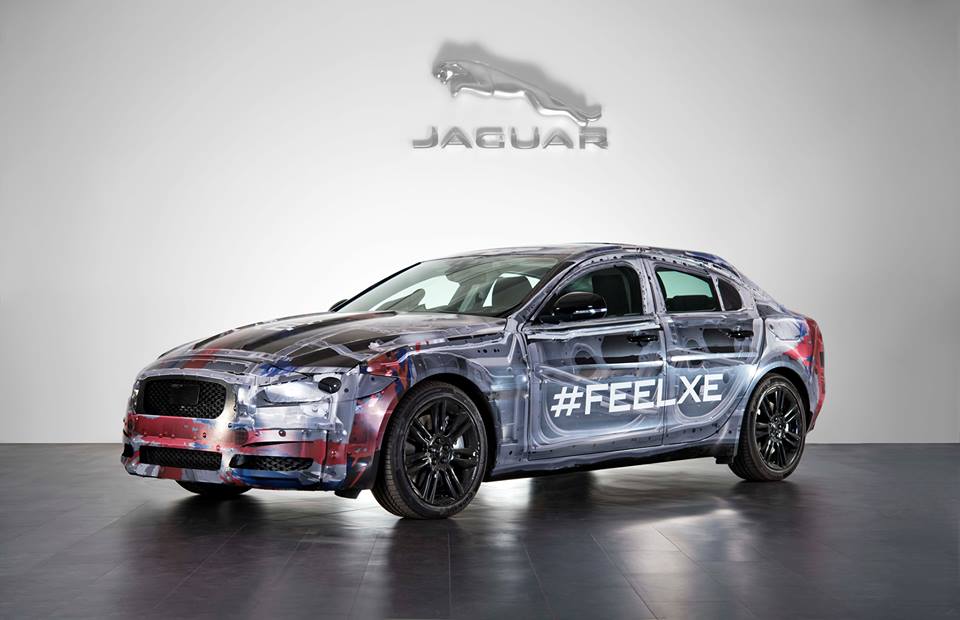 Jaguar XE will get integral link system and an F-Type derived front suspension for promised handling prowess. Jaguar XE will also come with world’s first All Surface Progress Control system which ensures rear-wheel drive traction from standstill whatever the conditions are!

Apart from all this, we know that the XE is built on a new aluminum architecture and will be a replacement for the X-type which was discontinued in 2009. Jaguar XE will be launched in USA by early next year and the good news is that the company has showcased first real hints of launching it here in India. We have an official Indian micro-site of XE which is already online.

XE will come with new series of Ingenium engines. We can also expect a performance oriented 3.0L supercharged V6 motor and an XER-S, a high-performance variant on the lines of XFR-S. So, keep glued to us as we share more details on the XE. We only have on request Jaguar – Make it a stonker of a looker!