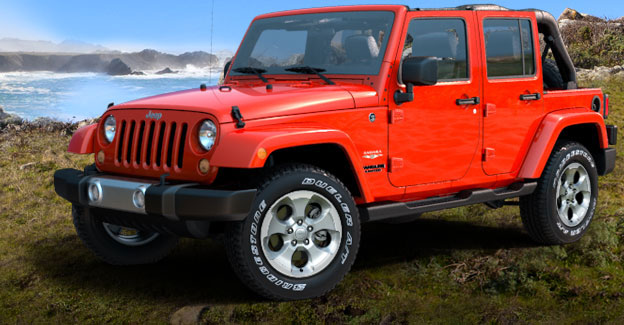 Yesterday we shared with you all the 11 upcoming models from Fiat and today we talk about the aspirational JEEP brand that will be brought to Indian by Fiat very soon.

Let’s walk through the actual plan:

This will be the most important year for the company since they will be kickstarting their Indian chapter and with high expectations, they will really have to be on their feet to deliver. This year JEEP will launch two new products in India – the macho Wrangler and the Grand Cherokee.

Wrangler will sit in the D-segment of SUVs along with Fortuner and others but since it will be brought in as a CBU initially, will be costlier. Grand Cherokee will sit over Wrangler and will be Jeep’s flagship here. 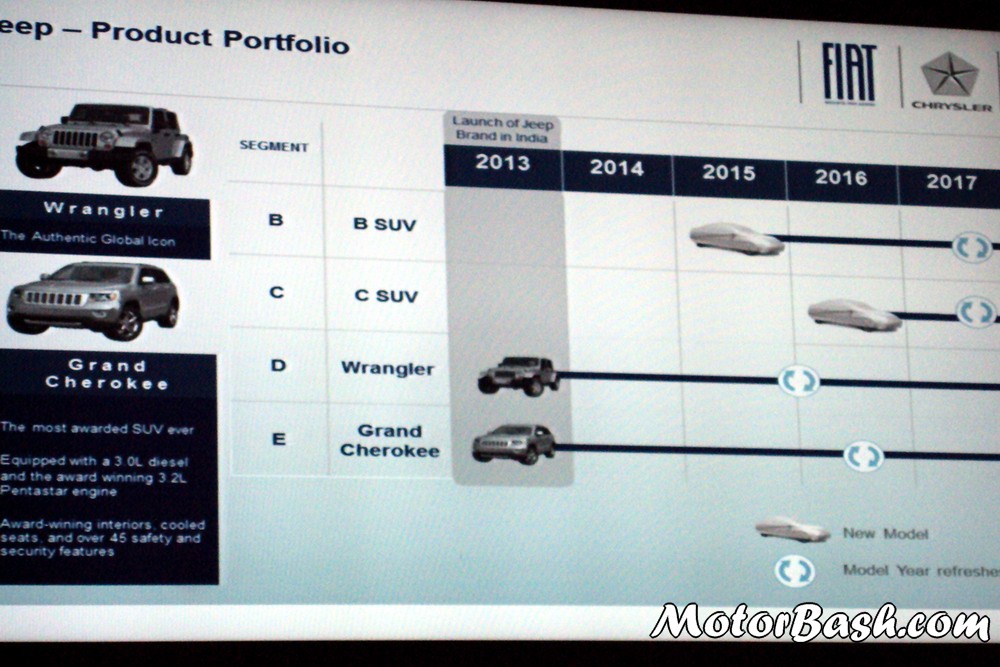 Jeep has kept this year as blank in the slide without any products lined up. This might mean that they would strengthen their presence and possibly work on localizing both these and other upcoming products, more so, considering what you are about to read.

This would be the year where the masses would be able to own a JEEP! Jeep will launch its B segment SUV and we repeat when Jeep says SUV, it means an SUV and not a crossover or a compromise! We also have the details of the SUV which we will share a little later.  So, if you have really been waiting for a proper SUV in the smaller segment, just start saving.

Jeep will start the year 2016 with a refresh of Wrangler and follow it up with Grand Cherokee’s facelift. But the most awaited product of the year would be the C-segment SUV which they have promised.

Jeep will complete their current plan with refreshed models of their B-Segment SUV and C-Segment SUVs launched in the earlier times.

Together with Jeep, Fiat wants to play in a wider spectrum of around 40 percent of the market and with the kind of strategy they have unveiled, we already see a few competitors fretting!

Whatever we have shared are not mere speculation or rumors. This is the actual roadmap that comes officially from Fiat.