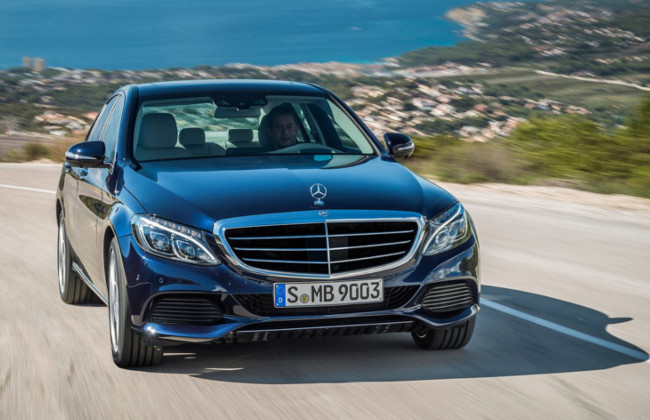 Mercedes-Benz India has officially confirmed that the 2015 C-Class will be launched in the country on the 25th of this month. The car was launched in the European and American markets a couple of months back and we won’t have to wait until next year to get it.

The C-Class continues to be Merc’s best-selling model worldwide and competes with the Audi A4 and BMW 3-Series, among others. The C-Class in its latest avatar looks like a small S-Class and gets LED headlamps, LED DRLs (Day-time Running Lights), and LED taillamps too. On the inside, there is a more luxurious cabin that would remind you of the one in the S-Class and there is more legroom than the outgoing car and the boot space has increased too. 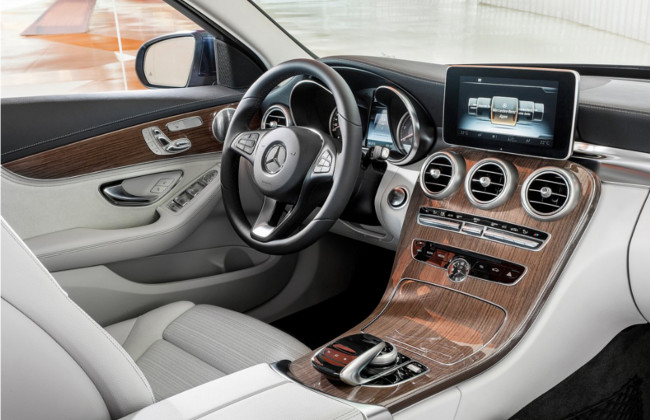 That increase in cabin space and boot capacity has come because the car’s length has been increased by 95 mm and it has also become wider by some 40 mm. The longer length has caused the wheelbase to grow by 80 mm, and it’s now 2,840 mm long. Yes, that means the front and rear overhangs are shorter than before, which in turn means that the new car should be an even better handler! 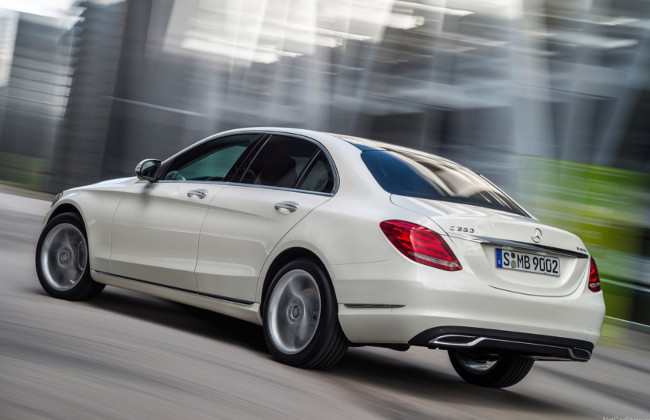 It’s said that Mercedes will first launch the petrol and the diesel would follow soon. At present, the petrol C-Class in India carries a 1.8-litre engine but the new car is expected to be powered by a 2.0-litre four-cylinder unit producing around 210 bhp and 350 Nm of torque. However, the diesel variant is likely to retain the current one’s 2.2-litre diesel which produces around 168 bhp and 400 Nm of torque. Both the variants are also expected to get the Merc’s new 7-speed DCT automatic transmission that would be sending power to the rear wheels.

A price increment is certainly anticipated but we are sure that Mercedes-Benz would be keeping it competitive enough to run rings (pun intended, of course) around the competition.