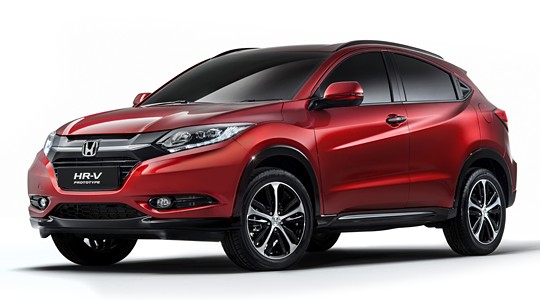 Before the BR-V came into the picture, everybody’s eyes got lit up when the Jazz-based HR-V, which was much more premium offering, was unveiled. However, soon after Honda quashed it for India and said a more India-specific compact SUV is being prepared and the outcome is the upcoming Brio-based BR-V, which is a budget product, quite clearly.

Now, according to Pakwheels, our neighbourhood nation, Pakistan is going to get the HR-V soon. In fact, the report goes on to say that Honda Atlas, the distributor for Honda products in Pakistan, has already started importing units of the HR-V from Thailand and will retail them at around 3.5 million Pakistani Rupee which equates to about 22 lakhs in INR. HRV will come equipped with the familiar 1.5 litre i-VTEC petrol mill (same as the one found in the City) mated with a CVT gearbox.

India, on the other hand will be getting the smaller BR-V which is based on the Brio-Amaze platform. Honda gave cost as the main reason of not introducing the HR-V in our market. The difference here, however, is that while the BR-V will be a locally made product, HRV in Pakistan will be imported as a CBU (Completely Built Unit) from Thailand attracting heavy duties. Honda also sells the Accord and Civic in Pakistan which are not available in India at the moment.

HRV or the Vezel as it is also called in some international markets is a beautiful car and let us hope, Honda considers it for India as well, some day…