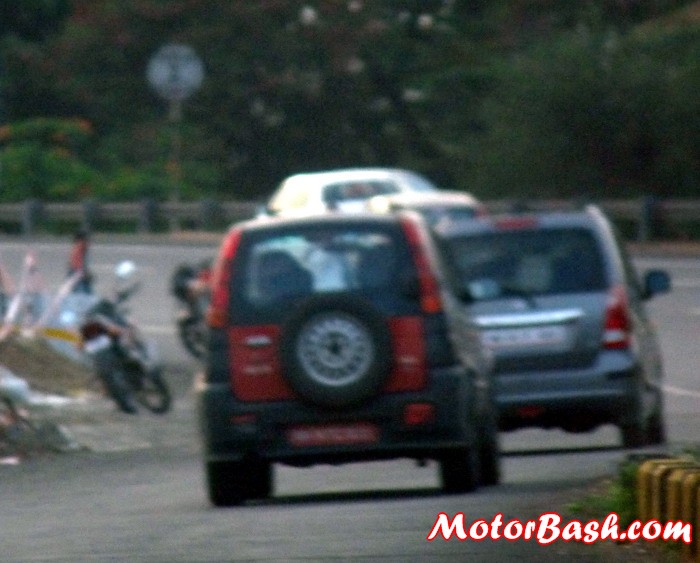 While the compact SUV segment is heating up fast, the first entrant – Premier Rio continues at its own pace. Premier is scheduled to launch its compact SUV Rio with Fiat sourced 1.3L multijet diesel engine.

Often called as the ‘National Engine‘ of India, this engine has really set benchmarks in terms of what it can offer. With the multijet engine, Premier would be able to sell its mini SUV in tier 1 cities in India. Currently, its TUD5 Peugeot diesel engine doesn’t adhere to the latest pollution norms and hence, barred from cities where the Bharat Stage 4 norms are enforced. 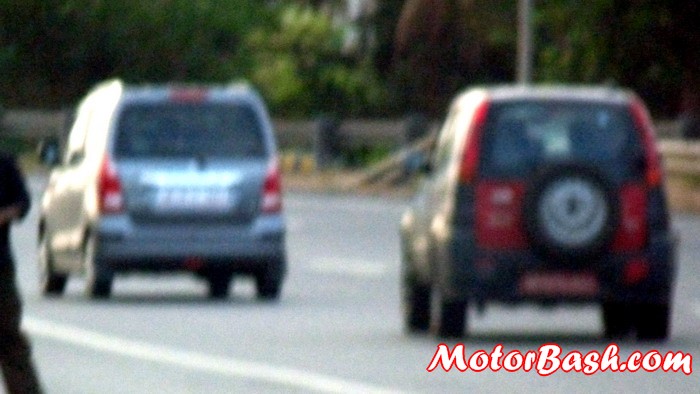 We caught this Rio at the entrance of Mumbai-Pune Expressway and the driver seemed to be speeding away and hence we could not click close-up pics as he entered the expressway and we had to go the other way.  The whole body of the car was black with rear door red painted. In one of the pics the Rio looks similarly sized as WagonR.

Rio with this 1.3L engine would be capable of producing 87bhp of power output and 200Nm of torque. Though there is no official word from the company we expect Rio 1.3L to get launched pretty soon. Expect the new diesel car to be priced around Rs 40,000 over the current model.