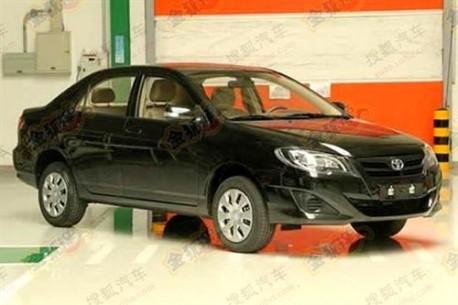 The heading would definitely have had you in confusion. But to make it clear, Toyota has two Corollas in China. It still sells the previous generation Corolla in China which is called as Corolla EX and is more of an entry model for the company.

Toyota also have the current gen Corolla in China but it is kept over this Corolla EX. Corolla EX is to appeal those who are short on money for the current Corolla.

This model Corolla EX is to get a new facelift and it has been caught on cam. This car would debut by end of this month. We have attached the spied Car as well as the existing version’s pics for you to make out differences. As is visible from the pictures, there is a newly designed grille, reworked headlights along with a new bumper.

This car is powered by a 1.6L 120HP engine which is mated to a 5 speed manual and a 4-speed automatic transmission.