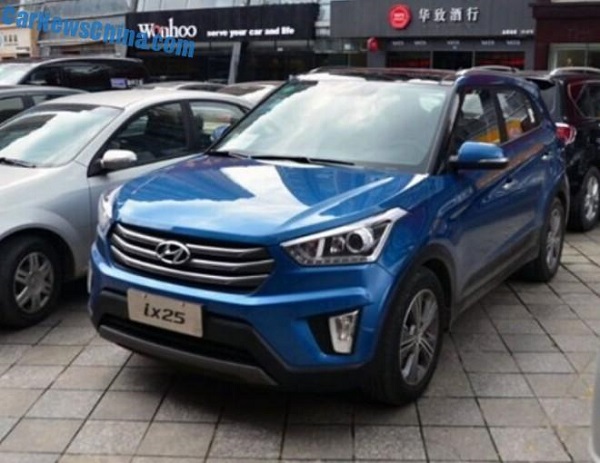 We just told you about the Hyundai ix25 being a possible launch candidate by the middle of next year, and here we have spy shots of a production-ready ix25 courtesy Carnewschina.com all set for its debut at the Chengdu Auto Show in China.

You can see that other than the huge wheels and a couple of aluminium and chrome inserts, the production ix25 retains almost everything (on the outside) that we had seen in the ix25 Concept images. It looks terrific and we feel the urge to get one in India very soon as well.

The ix25 will be launched in China on 9th of October with 1.6-litre and 2.0-litre four-cylinder petrol engines, both mated to a six-speed manual or a six-speed automatic gearboxes. 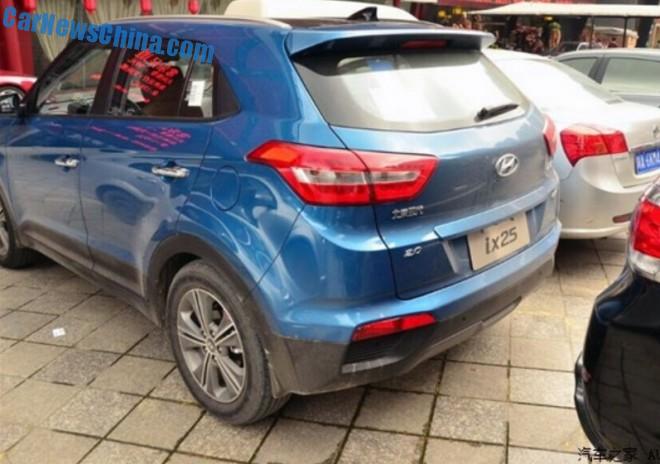 We have already told you that Hyundai might bring in the ix25 into India with the 1.6-litre engines from the Verna, and now we can also safely deduce that an automatic transmission will be on offer. Hyundai will have an edge over the Duster as Renault hasn’t offered an auto in their compact SUV till date, and the EcoSport 1.5-litre petrol variant, which comes with an auto option, isn’t readily available.

Great looks, best-in-class interiors and equipment, and a choice of three engines with two automatics and three manuals won’t leave Hyundai ix25’s prospective customers any reason to head towards the competitors’ showrooms!