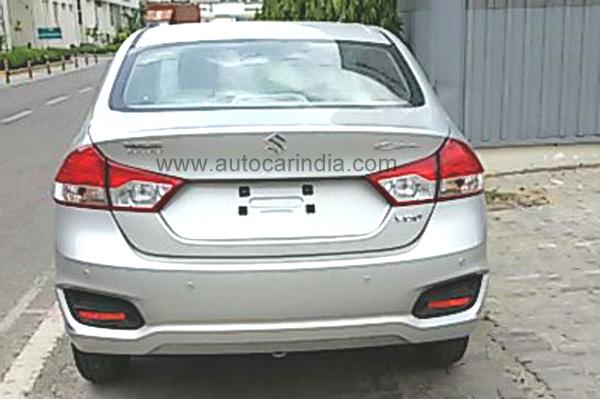 Maruti is real-time busy these days. At one end they are busy working on their first ever light commercial vehicle (LCV), and at the other their upcoming crossover S-Cross and Celerio Diesel are taking shape. However, amidst all this the first product to come to our shores is the mid-sized sedan Ciaz.

Yes, the #coolcatsintown are back again. This time we have completely uncamouflaged and clearer images of the Ciaz, thanks to Autocar India.

Looking at these pictures, the first thing that comes to mind is the size. The car appears to be big and spacious. The rear leg room should be real good, if not the best. These spy shots (along with the official micro-site) also reveal that the car will surely be called as Ciaz.

The build quality oozes of premiumness and the car will surely be loaded with premium features to compensate for the lack of powerful and fun to drive engines. Sadly, the Ciaz is not going to get the 1.6L multijet diesel engine which is expected to be introduced in the S-Cross next year. What you will have to satisfy yourself with will be the 1.3L multijet, called as DDiS in Maruti terminology. 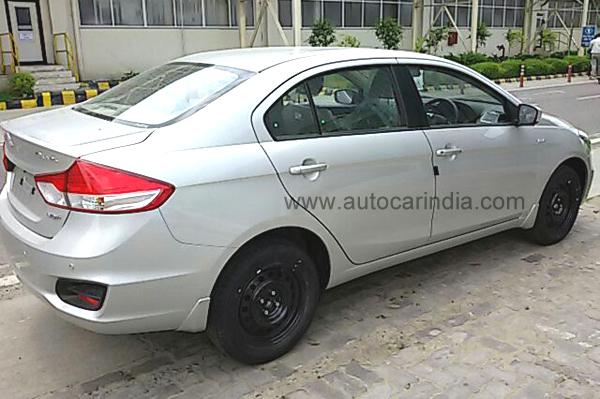 This is the VDI+ variant which has been snapped and it doesn’t get alloy wheels. The rear section looks awfully close to Honda’s new City including the tail lamp layout. There are sporty reflectors on the bumper along with all the badges and number plate housing on the trunk. 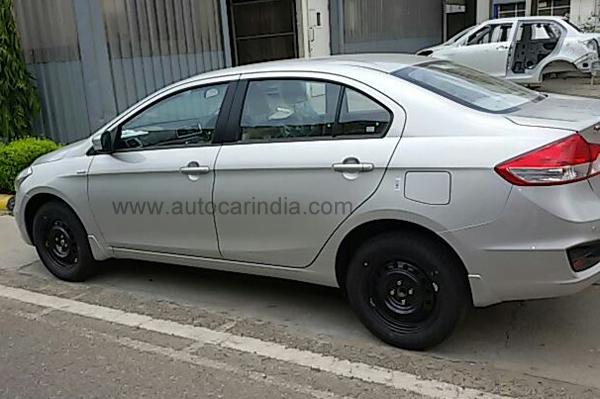 Ciaz will definitely come with the 5-speed manual transmission and there are all the chances of it getting an automatic CVT gearbox from launch or sometime later. The petrol motor is said to be the 1.4L K-Series from Ertiga which will have bumped up tune for a sedan.

Maruti Ciaz’s launch is slated for sometime next month and it should come at aggressive price tags. It will hold the battle against the Honda’s New City, Hyundai Verna and a lot of others in this segment.