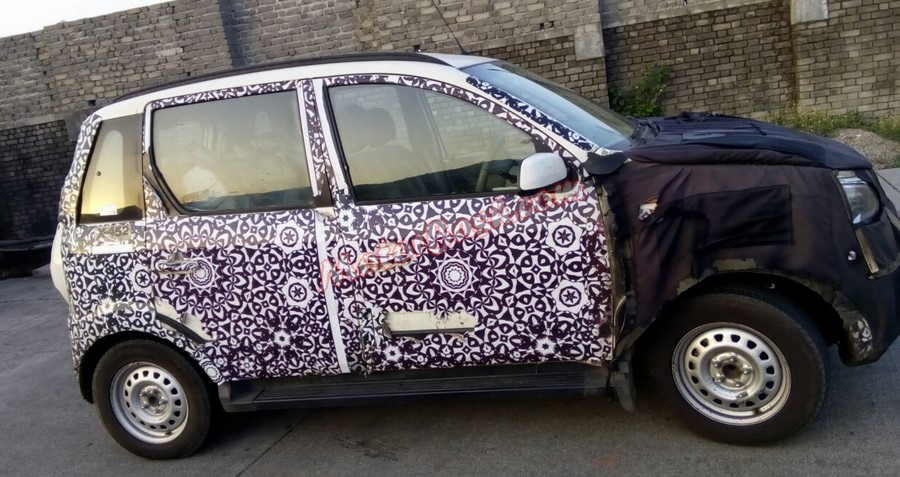 Quanto was launched to do a lot of damage to Ford EcoSport in terms of sales. However, this boxy slashed Xylo failed to keep up with Mahindra’s hopes and in order to bring some excitement to the sub 4 meter compact SUV, the company is working on a facelift, which is what has been snapped by our avid reader Saurabh Kekre.

This mule, caught on Mumbai Pune Express way, is running around with a camouflaged body and hidden front, confirming that the changes would be concentrated to the area where they are needed the most – the face! We can notice that the front is flatter and raised in order to provide some more muscle. 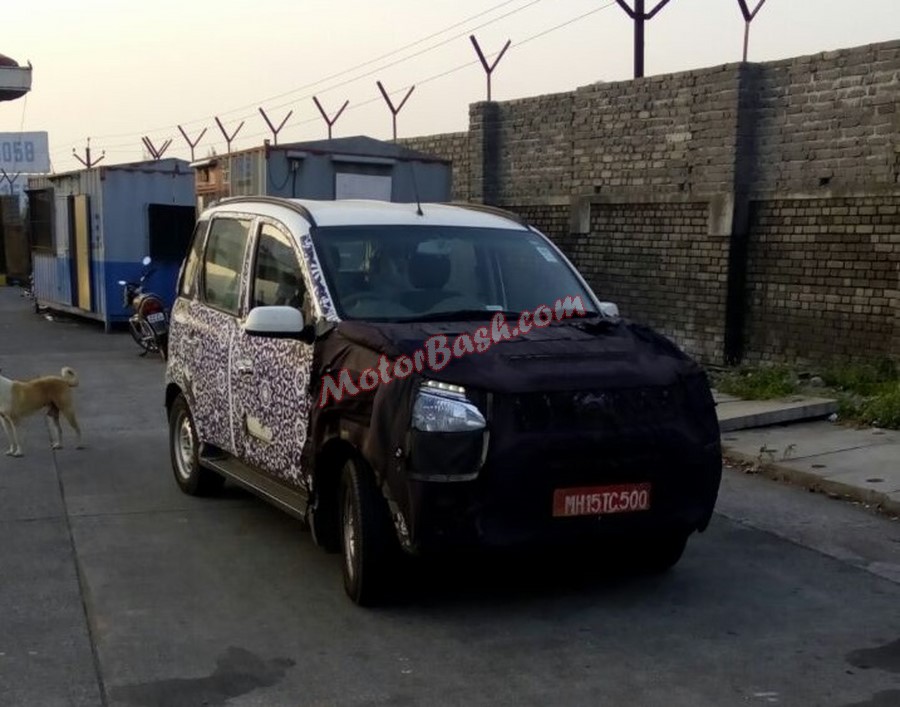 This mule also flaunts those DRLs over the headlamps and we can also sneak a new grille as well as a bigger air dam. On the sides, we notice the presence of side cladding but the blinkers remain on the side fenders. The rear seats carry dummy luggage and the interior theme appears to be the same – beige.

The Quanto facelift will come with the same 1.5 liter 100bhp 3 cylinder motor, however the surprise introduction could be a smaller petrol engine which will also perform duties on the S101 and Mahindra’s other upcoming compact SUVs. Saurabh had a word with the driver who said that the launch may be in four to five months from now.