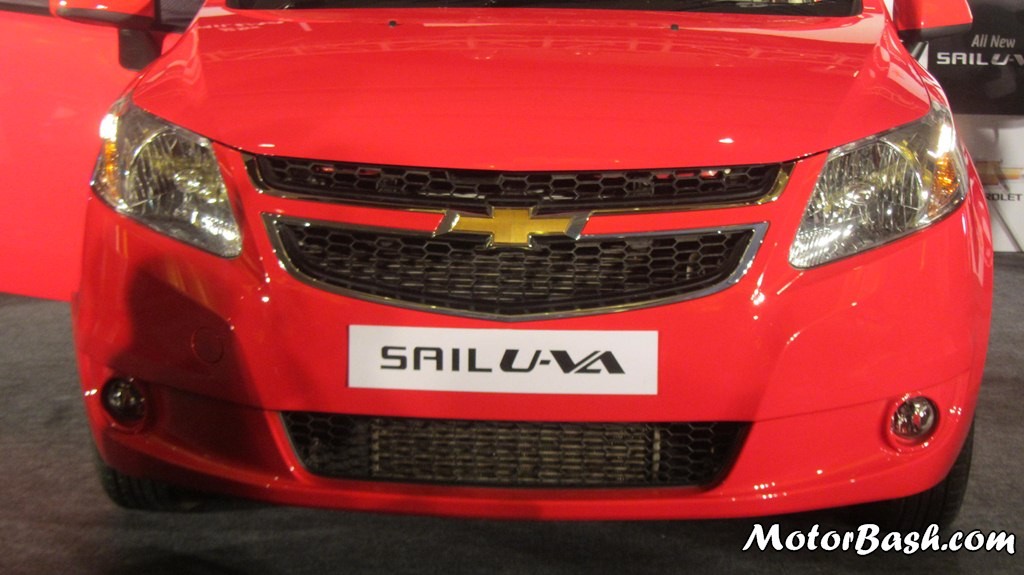 Hatchback or the B segment is the most important car segment in India. It has helped auto companies to gain the leadership positions in past.

We have seen Maruti ruling the roads with its Swift which is one of the best performing cars from its stable. If that’s not enough we have the Figo from the house of American manufacturer which helped it turn around fortunes in India. 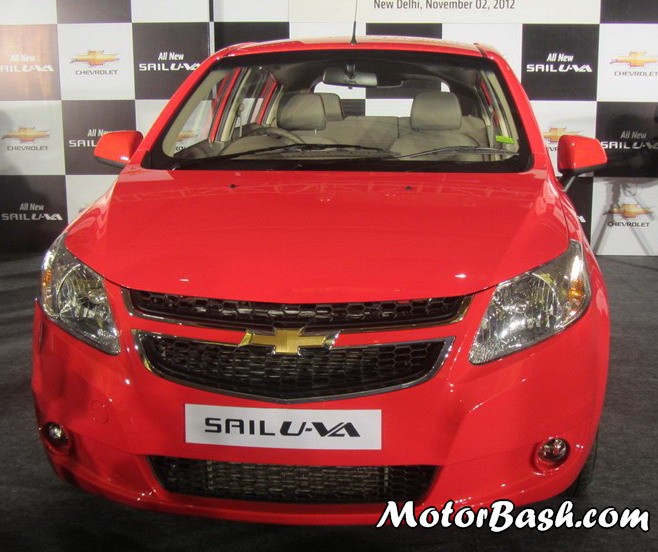 General Motors has not been able to work wonders with any of its cars in India till now. Beat was it; but has just been a just-another-seller! With the launch of Sail U-VA things might change.  Sail U-VA has been developed by General Motors and its Chinese alliance SAIC. Sail is available in the Chinese market for past 2 years and has been clocking fantastic numbers since its introduction.

The company is expecting it to spell a similar kind of magic in the Indian market. Launching the Sail U-VA just in the midst of festive season, it’s anticipated that the car may get a good headstart. And here is a quick review, picture gallery and price list of the car for all prospect buyers. 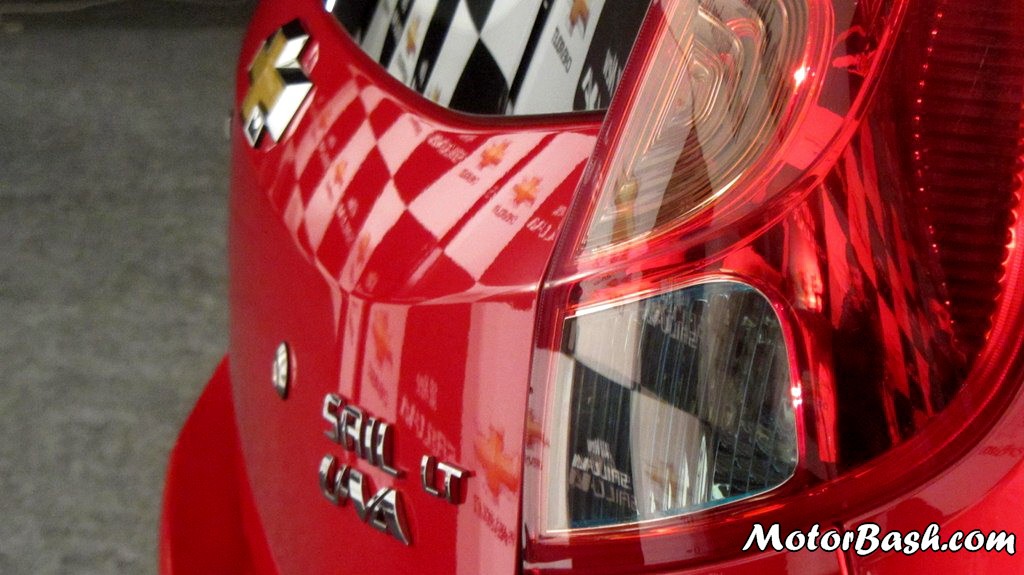 Sail U-VA is an average styled car with decent looks, so expect no second glance on the car amidst traffic. The car houses a twin grille with Chevrolet logo sandwiched in between. The rear also doesn’t get any style statement and incorporates vertical tail lights which are slightly outdated for the cars of this segment. Overall Sail U-VA’s looks are simple. It might not attract your eyes in first look, but slowly you may get hang of its looks. 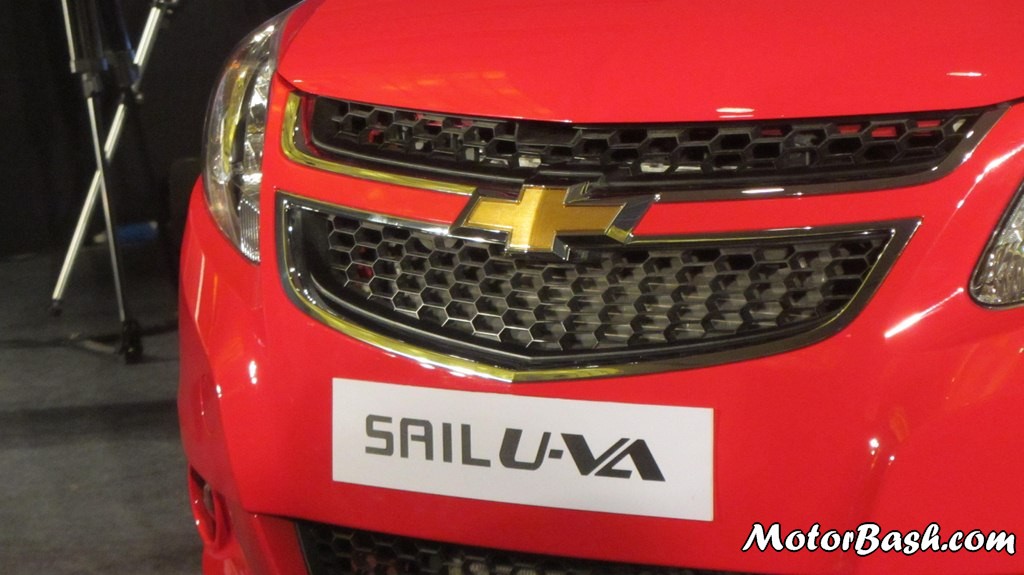 Interiors are also simple and finish quality is just decent.  It easily shows the cost cutting done by the American manufacturer to competitively price it.  Center console adopts the silver scheme and dashboard gets brown and beige finish.  The 3-spoke steering wheel looks bit of out of sync. 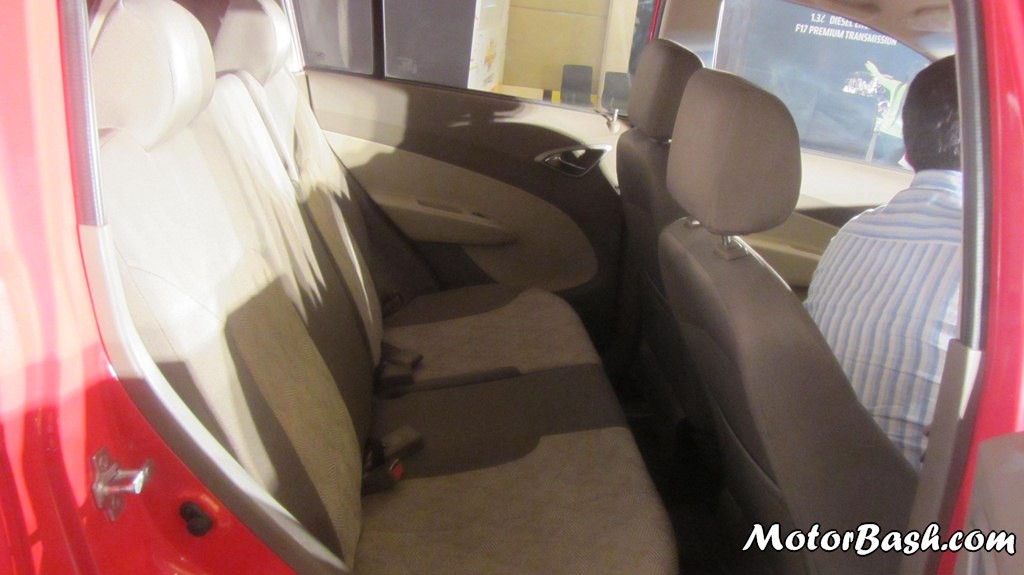 Also Chevy doesn’t use the conventional center horn in the Sail U-VA and in fact the horn is placed on either sides of the steering wheel.  All the four power window buttons are placed near the gear lever instead of doors.  Instrument cluster comes with analog speedometer, digital tachometer and a functional display which has a trip meter, odometer and fuel meter. Sail U-VA comes with audio system which supports AUX, USB and Bluetooth for your convenience. The cabin storage space is good, providing spaces near the glove box, hand-brake and audio system. 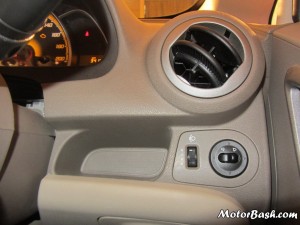 The most important things which need to be appreciated for the car is seating space. It offers comfortable legroom for the rear passengers and can accommodate 3 occupants comfortably at rear. Sail U-VA has a boot space of 248 litres which sits right between the Figo’s 284 Ltrs and Swift’s 204Ltrs. The rear seat has 60:40 split and could be folded as and when needed. 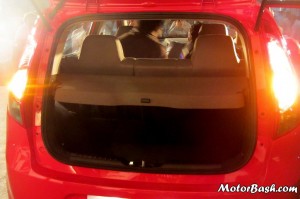 Sail U-VA is offered in both petrol and diesel options for the Indian market.  The diesel variant is powered with 1.3-litre Small Diesel Engine (SDE) which is inherited from Fiat’s (and GM’s jointly developed) 1.3-litre Multijet diesel engine with modifications. The diesel engine produces 78PS of power at 4000rpm under the hood and a peak torque of 205Nm at 1750rpm and has been mated to a 5-speed manual transmission. Along with being good on specs, its 22.1 kmpl ARAI certified frugal as well. 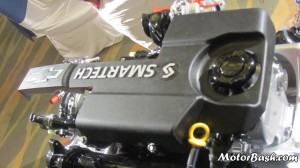 The petrol variant is powered with 1.2-litre Smartech engine producing a power of 86PS at 6000rpm and a peak torque of 113Nm at 5000rpm. Petrol Sail U-VA is rated at 18.2kmpl ARAI certified.

1 thought on “Quick Review of SAIL U-VA; Will it Change Chevrolet’s Fortunes?”