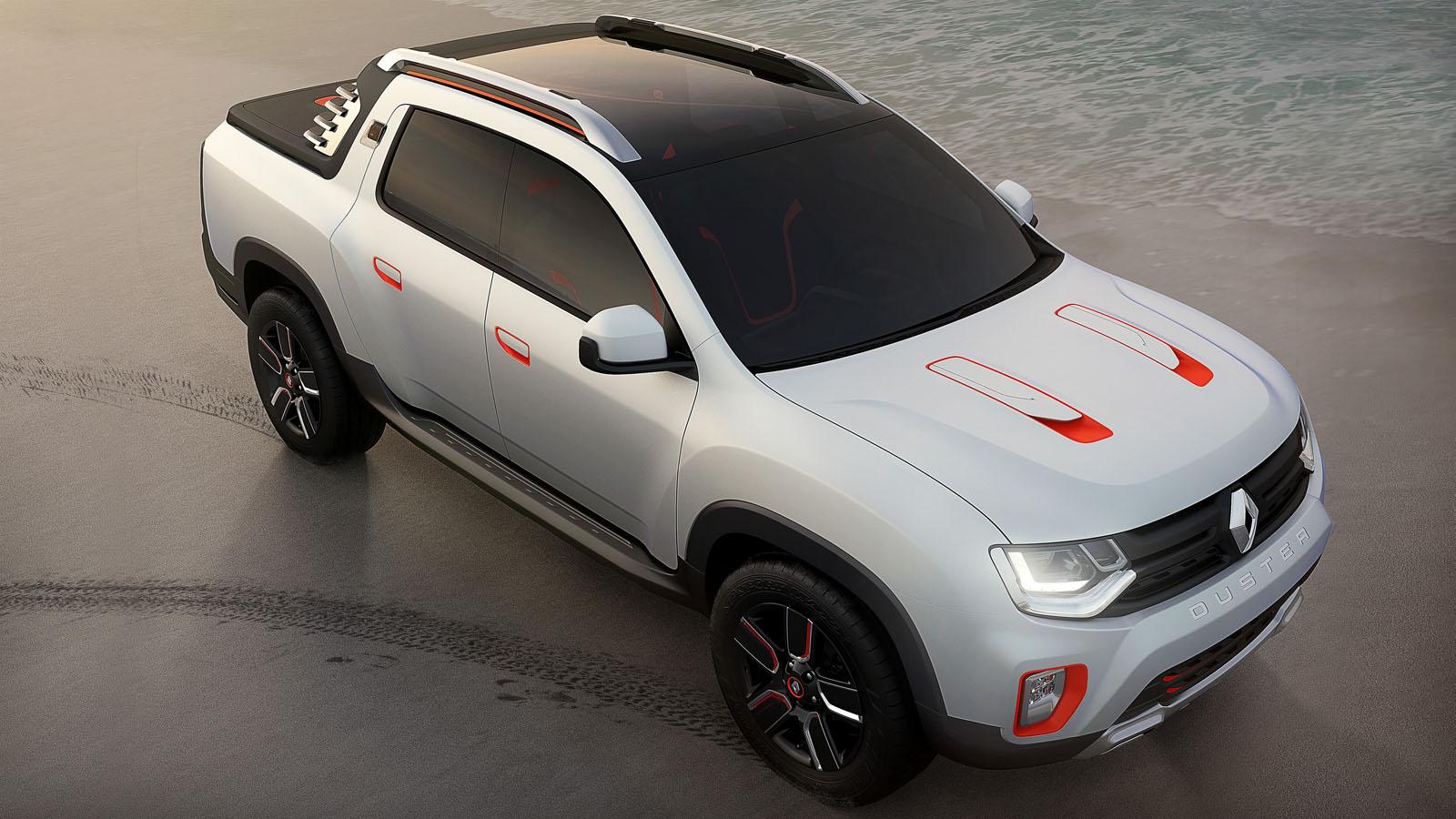 Pick-up trucks (and Estates) come first to mind when we talk about body styles that have just not, er…, picked-up in India in the passenger vehicle segment. However, outside, especially in South America, they are as much popular with single-vehicle families as they are in the light commercial vehicle market.

To tap both the segments, Renault had already announced its plans to enter the pick-up market in Americas with at least two models. The company has now showcased one, the Duster Oroch, in a world premiere at the 2014 Sao Paulo Motor Show in Brazil.

The vehicle has been designed by Renault’s design centre for Latin America (RDAL) (one of Renault’s five design centres worldwide) in Sao Paulo, and that it is essentially a styling exercise for a recreational pick-up truck with enough room for five people and the robust stance of a true SUV. Looking at the pictures we can say that they have achieved that in good measure for sure! 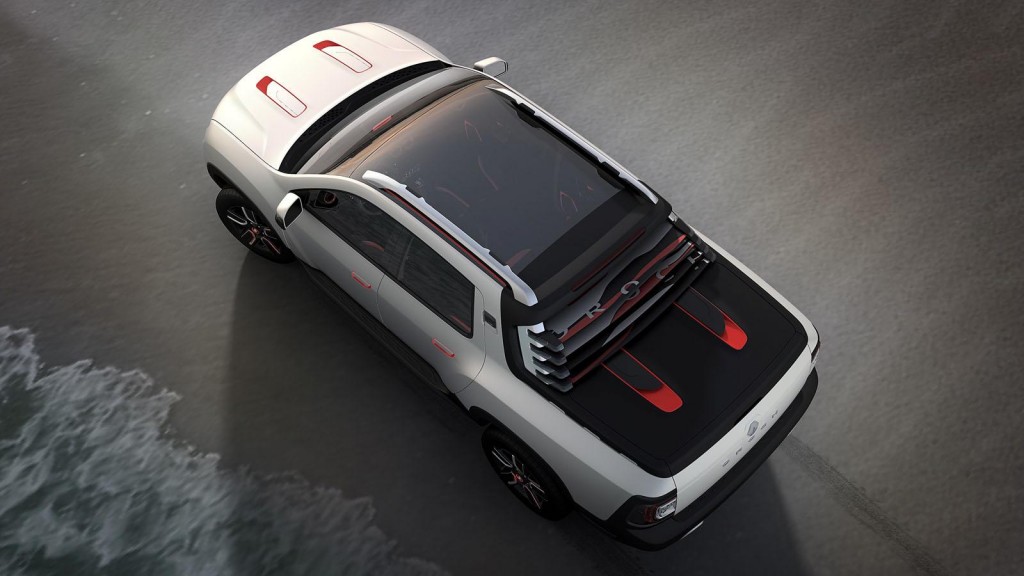 Great-looking front and rear bumpers, fully-integrated roof rails that protect the panoramic glass sunroof, 255/60-R18 rubber, broad side protective mouldings, two rear-mounted cameras angled at 80° and 140° for full outdoor coverage (Baywatch?), and an in-dash multimedia screen which displays real-time images captured by those two cameras comprise most of the new features in this Duster Oroch concept. 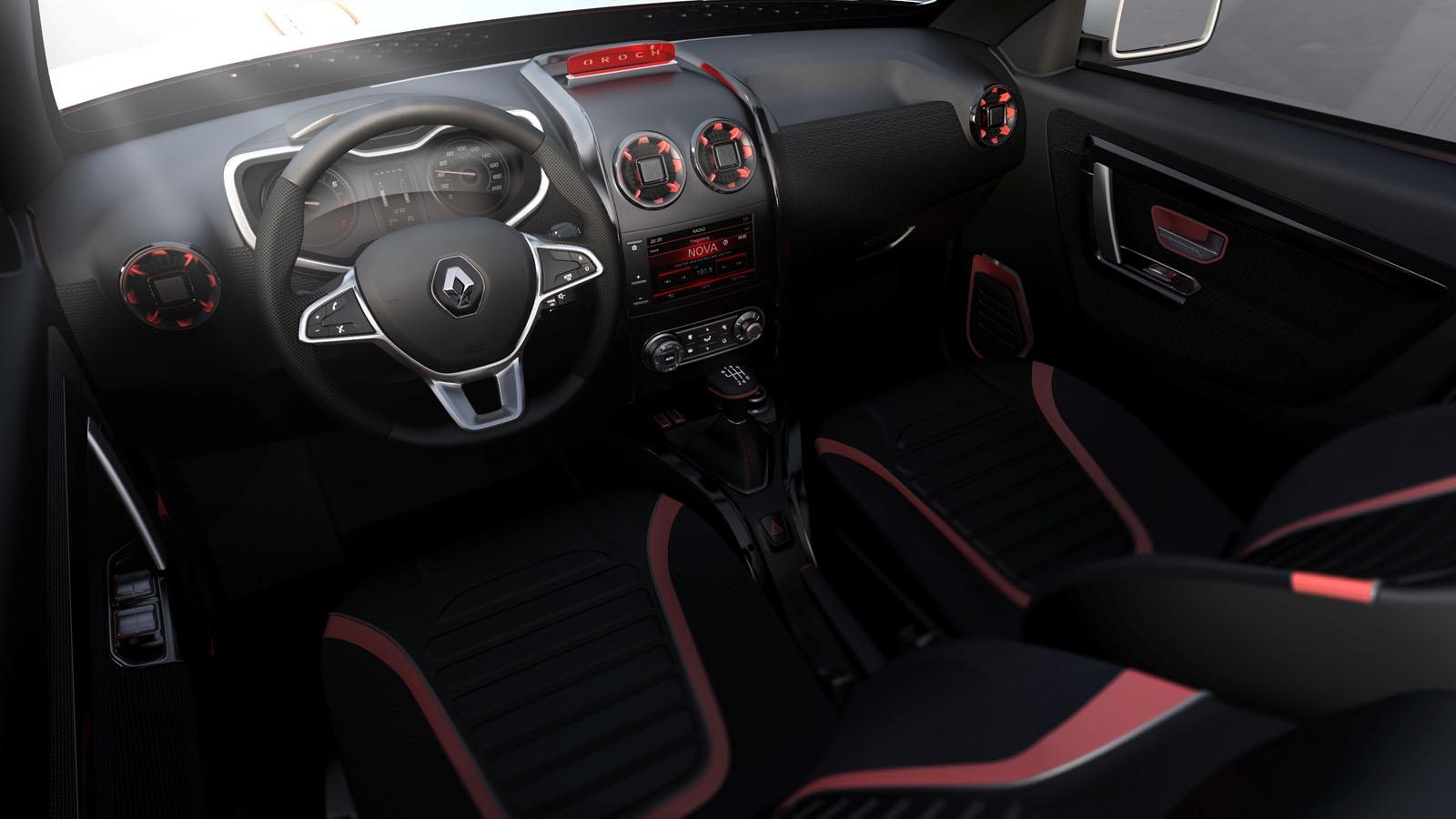 Also, the prototype’s body colour is a combination of satin-finish white and touches of orange, which supposedly refers to the world of kitesurfing that inspired the vehicle’s design. The rear bed has been specially designed to safely stow several kitesurf boards. According to Laurens van den Acker, Senior Vice President, Corporate Design for the Renault group, the Concept takes its inspiration from the Duster but the design team has delivered a fresh interpretation of the model in the form of Oroch.

While this would never come to India, its design language can be expected to be shared with the some Renault Duster update in future.