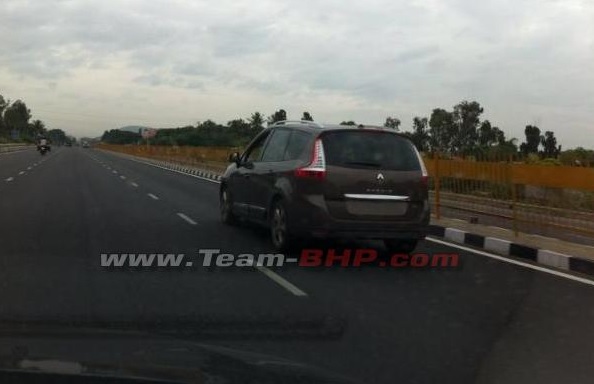 In an interesting turn of events, a Team Bhp member has snapped an undisguised Renault Grand Scenic MPV on probably the Bangalore-Chennai Highway in India.

The 7-seater Scenic is sold in the UK for an amount in GB pounds which would be equivalent to around INR 20 lakh, and size-wise it is closest to the Toyota Innova on our roads.

However, the Grand’s 1.2-litre and 1.6-litre petrol engines, and 1.5-litre and 1.6-litre diesel engines put it closer to the Honda Mobilio and Maruti Suzuki Ertiga. Still, with power outputs ranging between 109 bhp to 128 bhp, the vehicle looks aptly equipped to take on all three of them.

But, we all know that Renault is already testing the Lodgy MPV on Indian roads with a probable early-2015 launch so the presence of this Grand Scenic is one real mystery.

According to a search on Zauba.com, we see that at least one Renault Grand Scenic has been imported to India from France for R&D purposes. If this is it, this is the 1.6L diesel Scenic and the cost mentioned is a whooping Rs 17.5 Lakhs. 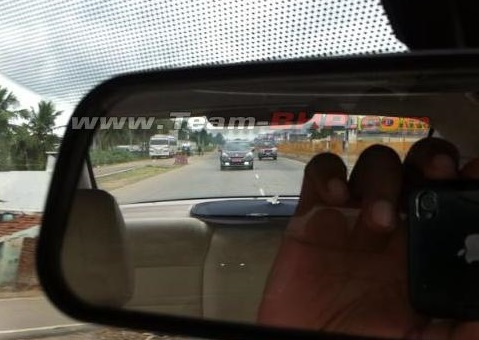 Grand Scenic is a premium product and we are unsure what could Renault be testing on this car for India (or for some other markets). Are they testing something (the engine possibly) for some other car, say Fluence? Or is Renault considering launching a premium MPV (in addition to the Dacia badged Lodgy MPV) in the Indian market? 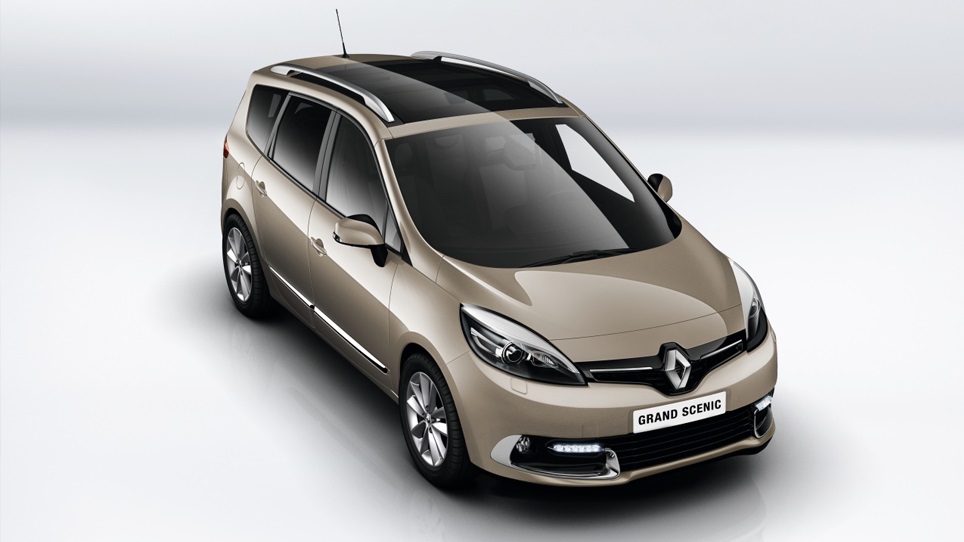 There is another angle to it – if some competitor has imported one unit for benchmarking purposes? So, there are many questions which are unanswered at this point and we will not speculate any possibility until we get to know more about it.

But if there is something cooking at Renault’s headquarters, we will want to be pleasantly surprised!