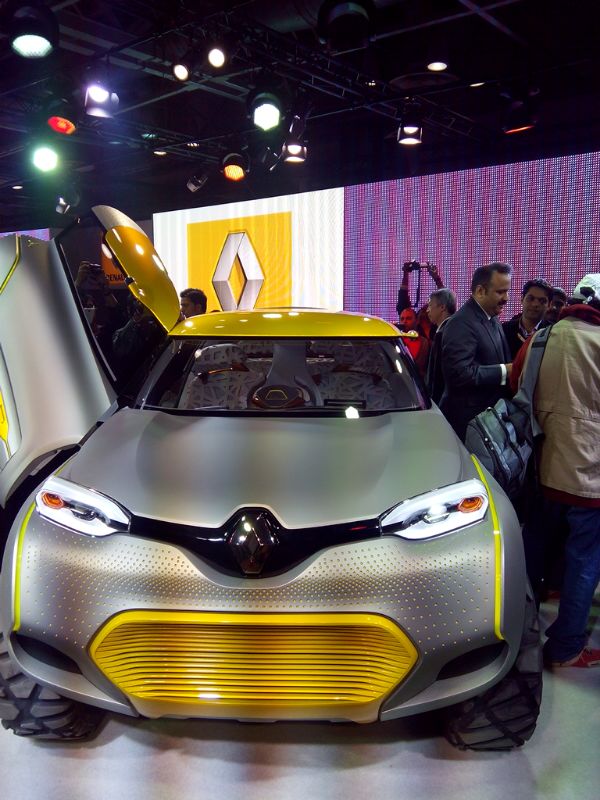 Renault has unveiled a peculiar concept car at the Auto Expo this morning, and it is called the KWID. Renault claims that it is the first ever concept car to be showcased outside Europe, and this underlines the company’s long-term commitment towards the Indian market.

At first sight, the KWID concept projects an outlandish image with its peculiar dimensions and mismatched tyres. However, Renault is projecting the KWID Concept car as a robust yet joyful car. Renault says the car is aimed at meeting the needs of young customers in markets all over the world. The car has been designed by a team of international designers, with opinions from Renault Design India.

However, don’t let the playful image fool you! The KWID is a technology-laden car, with the cynosure being the Flying Companion. It is a piece of technology aimed at making driving more safer and easier. It is the first time that such a thing has been incorporated in a car. The Flying Companion will take off from the rear of the car, and can soar automatically. It can also be controlled via a tablet that lies inside the car. 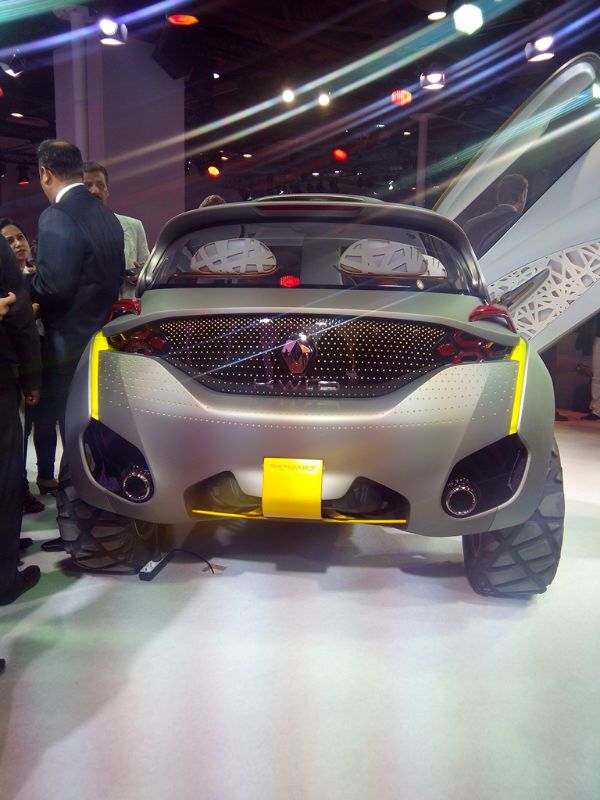 The KWID Concept is powered by a 1.2 Litre turbocharged petrol engine married to a dual-clutch transmission. Renault claims that this will combine driving ease with excellent fuel-efficiency. The KWID also has an innovative seating position for the driver. At the front row, there are three seats with the driver sitting in the central position. His seat is a little forward-biased to allow better shoulder-room. The other advantage is that the car can be easily sold in both Left-Hand Drive as well as Right-Hand Drive markets.

We aren’t sure what would be the reaction of the Indian market if the KWID was unveiled in India. But we do feel it is a pretty cool car. Don’t you echo the same opinion??  😀