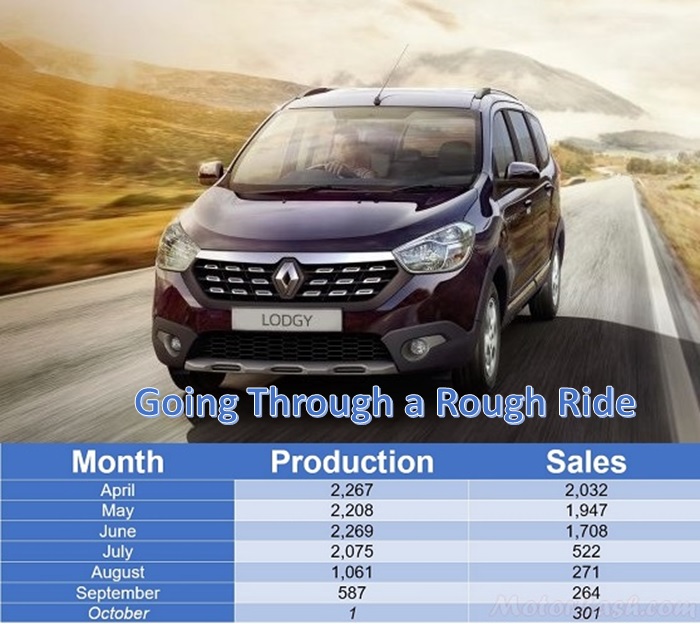 Lodgy Production has been completely stopped. Only 1 Unit has been produced in last 2 Months. We share an updated report

Update 24 Dec: We have received last month’s official SIAM sales data and Renault has continued to halt the production of their Lodgy MPV for the second consecutive month. Yes, not a single Lodgy has been produced at the plant this month which goes in tandem with a single unit Renault produced last month.

September 2015 was the last month when Renault produced 587 units of Lodgy. This is clearly due to low sales of the MPV which stood at 443 units in November, marginally up from 301 units in October and 264 units in September 2015. This has been made possible because of some real heavy discounts the company is offering on their MPV and they have risen to the tune of whopping Rs 1.65 Lakhs in December (current month). 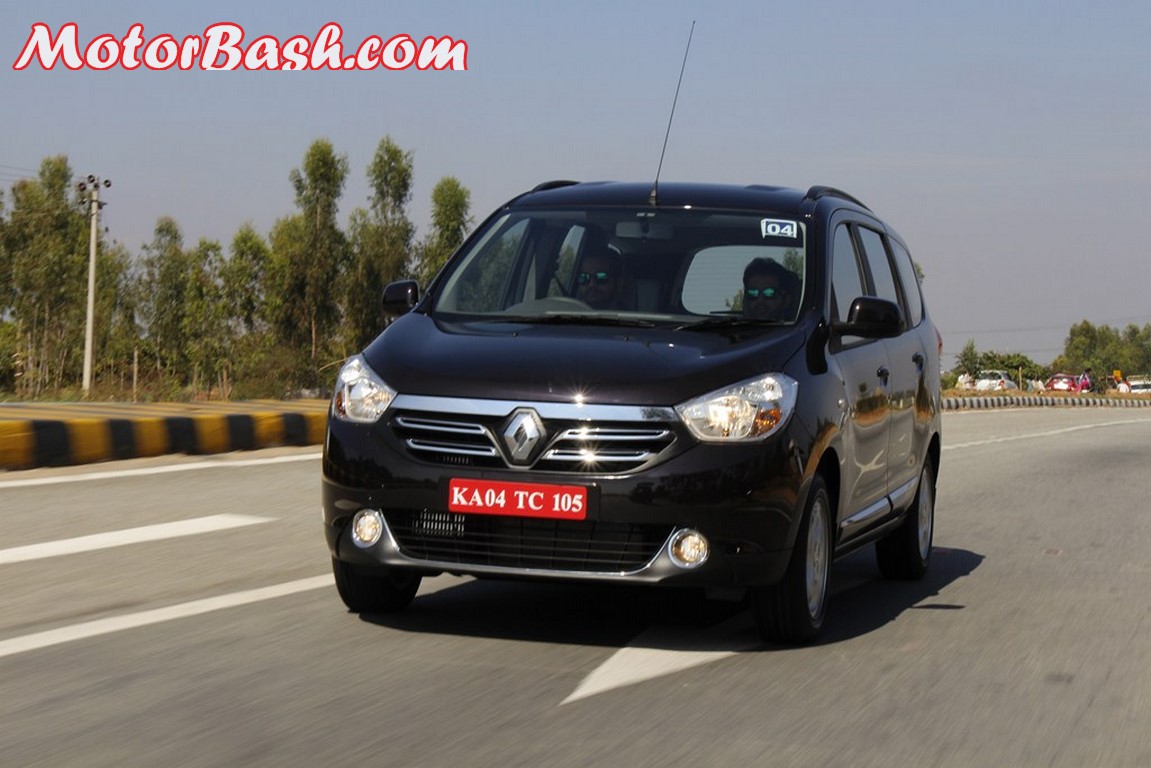 Nov 17: So we have already told you that Honda did not produce a single unit of Mobilio in October (link to report) and Renault is another manufacturer which, according to the official SIAM sales data report, has manufactured a single unit of their Lodgy MPV.. yes only one!

Lodgy brought with it new hopes for the French car maker especially since more than 90 per cent of their sales in India rested on just one model (pre Kwid era!)- the Duster. Lodgy did start on a decent note and sales for the first three months were over 1500 units. But since then, things have gone awry with sub 500 unit sales months for the last three months.

Renault, possibly in a hope to do well, continued production with 2000 monthly units only to realize that it is only piling up stock at dealerships. As a result of low sales, they slowed production in September and almost completely halted it in October.

Lodgy, since April has sold 7,045 units and is not being exported to any country. They have produced 10,468 units so far which leaves a stockpile of 3423 units! A backlog which will last them for the next few months if sales continue to be so dismally low. 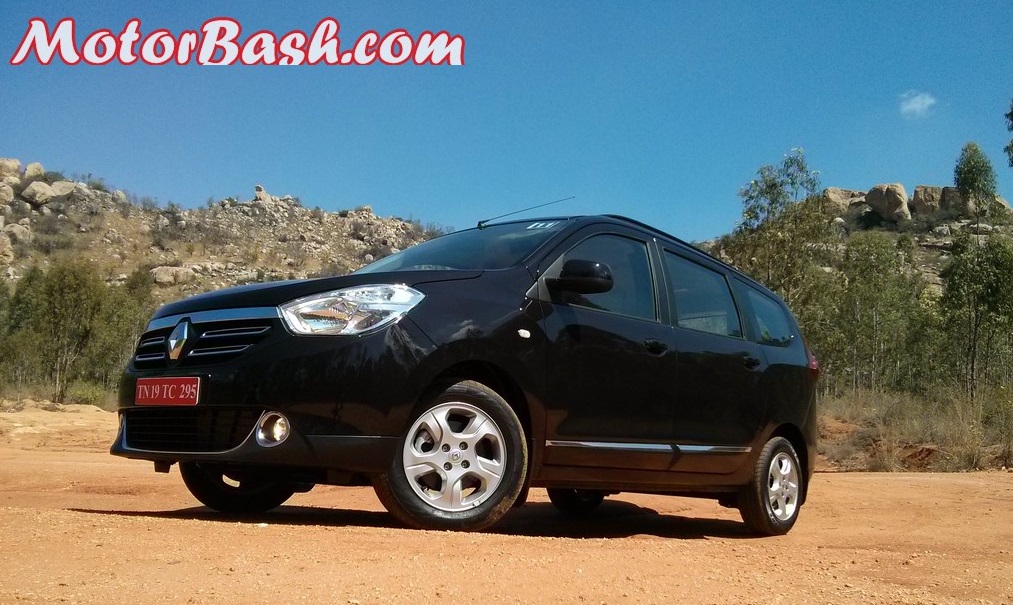 Lodgy is a more premium and bigger MPV than Ertiga and we liked it during our first drive (read review), but, for some reason, it has not been able to strike a chord among the Indian consumers. With Renault focussing on Kwid (which is a roaring success), we do not see Lodgy gaining any significant momentum in the times to come…