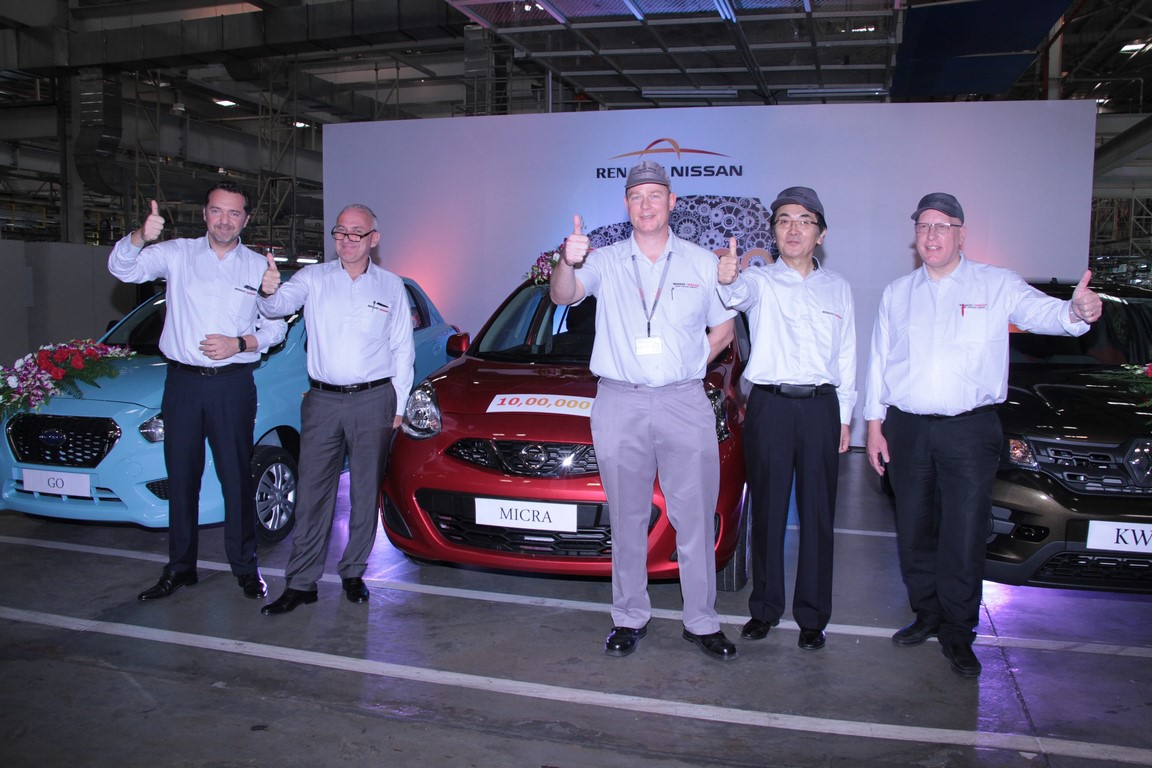 Though it has faced its own ups and downs but the Renault Nissan alliance could be considered as one the most successful collaborations of modern times in the field of automobiles. While still taking baby steps in India, the giant has already reached a significant milestone. A certain Nissan Micra which rolled out from the assembly lines of the Oragadam factory near Chennai, turned out to be their 1 millionth car!

The plant began its operations back in 2010 and was built with an initial investment of Rs 45 billion. Since then the two companies have pumped in Rs 16 billion more for increasing the capability with a world-class powertrain manufacturing facility and tooling. Incidentally, the Oragadam plant is also the largest production facility of the Alliance in the world. 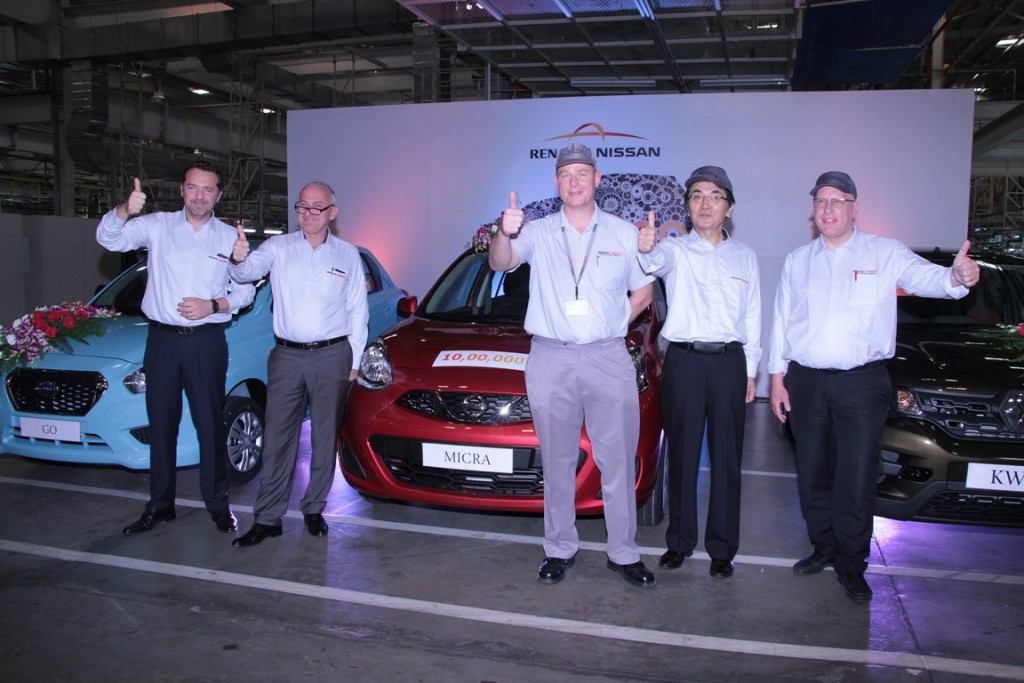 The financial year 2010 began with an initial production facility of 75,000 units and the latest capacity revision has ensured it could manufacture 2,00,000 units in the last fiscal. Today the plant has seen the birth of 32 new Datsun, Renault and Nissan models and their derivatives. Since 2010 the plant has also exported 6 lakh units to over 106 countries.

The facility is supported by a Research and Development Centre in Chennai. Both of these account for 12,000 direct jobs in Tamil Nadu and an additional 40,000 via the supplier chain. In a report published at The Financial Express, Nissan’s management also revealed that they will be replacing some models from their existing line-up and will be introducing new SUVs, crossovers, sedans and pick-ups.