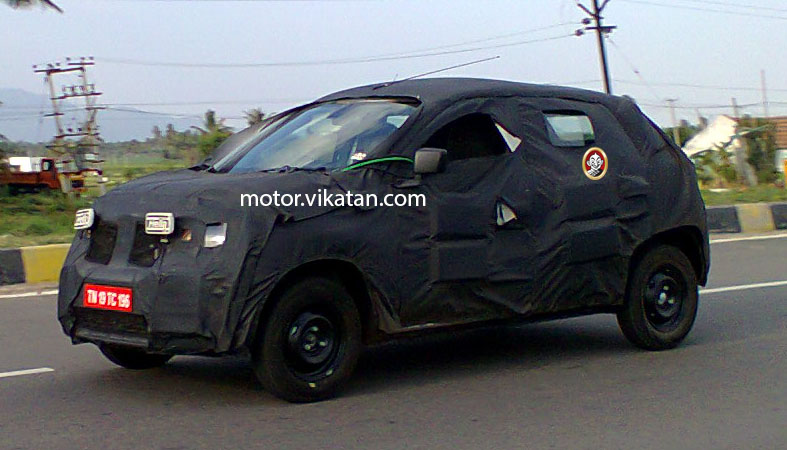 The Maruti Suzuki Alto may have ruled the entry level segment since the dawn of civilization (well, that’s what it seems now), unfortunately, no one has ever come even close to be a real threat to the King.

Hyundai’s Eon may be called as the best competition the Alto has ever faced but it seems companies will not stop trying. Next in line is the the French Automaker, Renault which is set to take on the Alto and others in the segment head on.

Codenamed XBA, the car will be powered by an 800cc mill and will be sharing the handsome Redi-Go’s platform , called as the Common Module Family (CMF) which was showcased for the first time at the Auto Expo in February. And now in a scooping bit, the XBA or the A-Entry, Renault’s small car has been spied testing in India for the first time, which confirms that the company has started its road testing in our country.

Snapped by a Motor Vikatan reader, the test mule is camouflaged to the brim and doesn’t reveal any of the design cues the car may sport. It also makes do with an after market Hella lamps. The car seems to be a lot bigger than Alto and even Eon. There is a very clear similarity with Datsun’s Redi-go concept in terms of overall build size and muscularity. 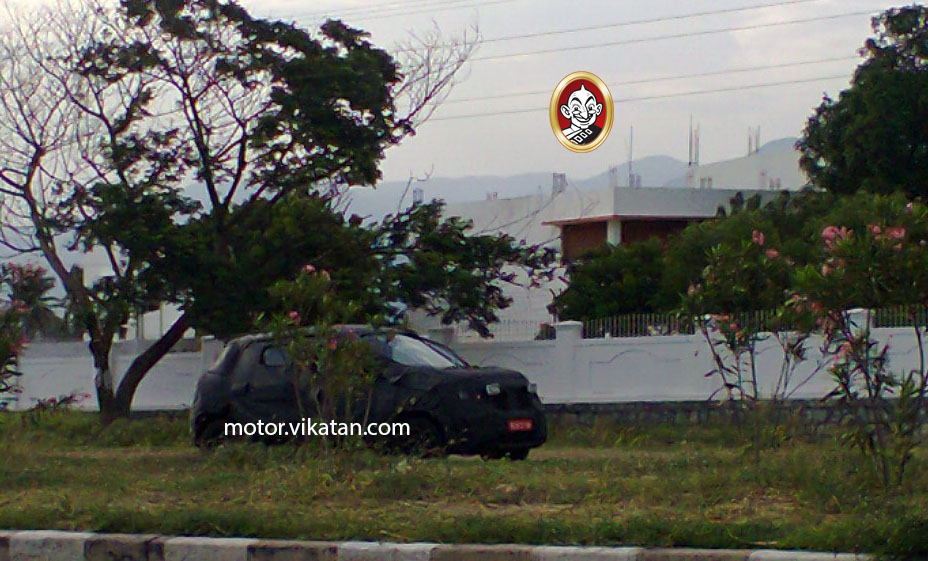 Renault’s small car will be be manufactured in India at the Renault-Nissan’s assembly plant in Chennai, which recently underwent a small capacity expansion to accommodate this new car.

Made specifically for Indian and a few other growing markets the XBA will also be manufactured in Brazil. This particular platform has a mix from several different platforms and if the Redi-Go concept is anything to reckon with, the XBA will surely be a killer in terms of looks.

No details have been divulged about the specs of the engine yet but expect a manual transmission to be the norm and if Renault can plonk in an AMT from somewhere, we are looking at a very potent seller. Launch is slated for early next year at prices all under 4 lakhs.