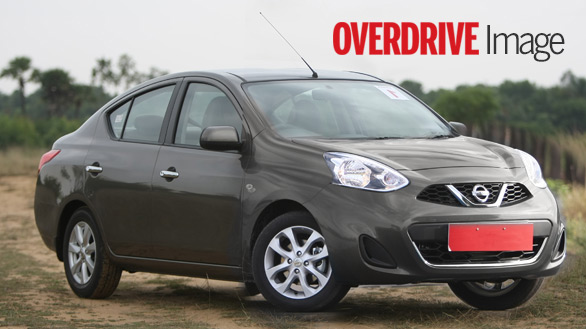 All of a sudden, the sleeping slumber giant, Nissan seems to have woken up in India. They have gone aggressive with their Indian plans and has already given us a teaser in the form of very competitive pricing of Micra Active.

They have officially unveiled the Terrano compact SUV sketch and according to an online media report, Terrano might just as well launch this month. Evalia is also being prepared for a utility makeover to add some traction. That leaves us with the Caaaaar, Sunny. Majority of our readers (including us) feel that Scala looks much more contemporary and better than Sunny, the car which it is based on!

And then how about a facelift? Yes, that is what Nissan has in mind and expect a comprehensive makeover of Sunny soon. OverDrive has shared more details along with a rendering of what could be the new 2014 Sunny. As we can see it derives majority of its cues from the new Micra that has been launched a couple of days back.

Further, they claim that the 2014 Sunny will be launched initially with a limited edition model and will get a face very similar to Micra. On the interiors, it is expected that it will get better plastics as well as an additional glovebox on the top trim. Additionally, it is reported that there will be an introduction of an XV Premium trim which will come equipped with a reverse camera and four airbags. The current top of the line Sunny XV carries only two airbags.

As is obvious, the engine and powertrains will continue to remain the same albeit a possible tweak to aid in better driving as well as fuel efficiency can always be expected. This means that the 1.5L petrol and diesel motors will continue to do duty and there will be a CVT Automatic version for the petrol engine. Launch details are not known currently and we can expect these details to pour in pretty soon.

But, will these changes be enough to propel Sunny’s sales?