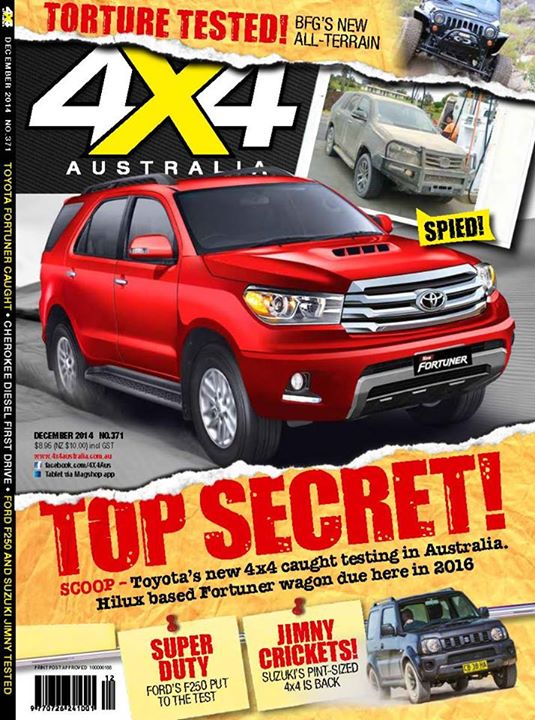 Toyota’s Fortuner, after a long time, is scheduled to get its next-generation model in 2016 and has been spied camouflaged quite a number of times internationally. While the basic brute image of the SUV is expected to remain, a new speculative rendering has surfaced at 4×4 Australia, giving us an idea of how the new Fortuner might end up looking.

The front grille picks up where thing were left in the present generation version and becomes more artful, further differentiating it from the Innova’s grille. The overall dimensions appear to be a bit bigger which might translate to better interior space. The platform remains the same IMV architecture, one their most successful platform for SUVs in the modern times.

The next generation Fortuner has seen some major design inputs by Toyota’s Australian arm. The SUV will continue to be sold in the rear-wheel drive variant and four-wheel drive version in a 7 seater layout. The beefy wheel arches have shed a lot of muscle and makes the SUV appear to be on a high fat diet instead of a protein rich one. The bonnet though seems to be trying to make up for that but there is only so much it can do!

The comfort factor and feature list can be expected to get major additions to fight the competition of the next-gen Endeavour which is releasing in India next year and the new Santa Fe. India is expected to be getting the 3.0L diesel mill as well as the smaller 2.5L diesel engine already being sold in the international market as the base variant.

Since this next-gen Fortuner is still sometime away, there is a possibility of Toyota India introducing the 2.5L engine (from Innova) on the current Fortuner to fight the competition.