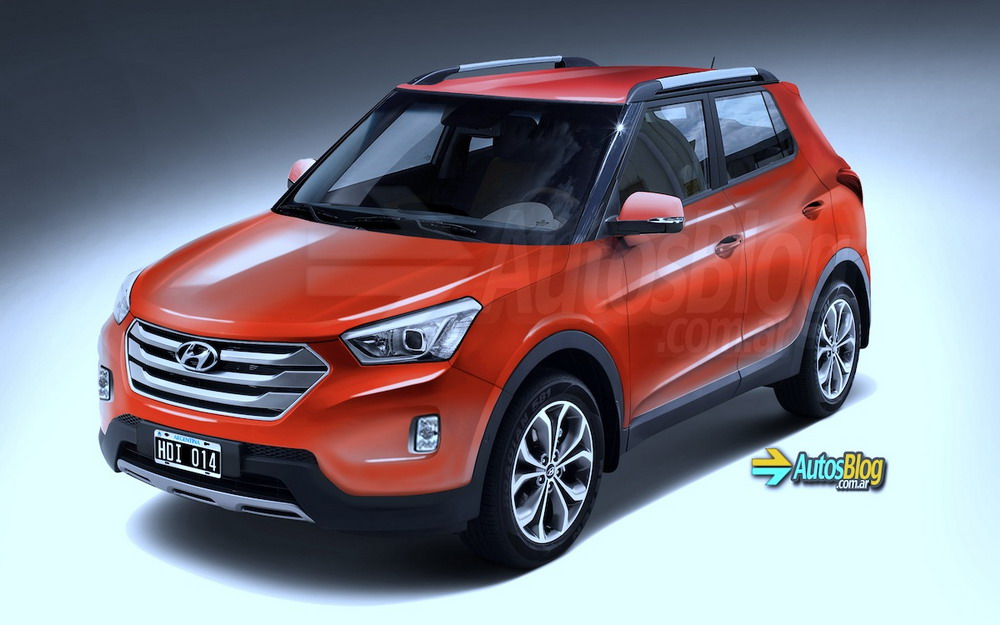 The last two years will go down in the history of the Indian Automotive Industry as the years of the compact SUVs. We were first treated to Renault’s Duster, Ford’s EcoSport and there are a plethora of new mini SUVs planned for a shot at the market. Nissan’s soon-to-be-launched Terrano will join the race very shortly.

Suddenly, this is the segment where every car manufacturer wants to focus on. The latest being Hyundai Motors India Ltd. which is expected to bring their unnamed gladiator to the fight against the very successful Duster and EcoSport.

This Hyundai’s SUV has been previously seen undergoing testing in Korea as well as in China and is expected to be Ford EcoSport’s biggest rival here in India when it finally arrives sometime in 2014. In a latest, we have a new rendering of the upcoming car by Autosblog.com.ar.

The SUV is expected to share many of the Sante Fe’s styling cues such as the hexagonal front grille and similar profiles. It will probably borrow heavily from the concept car displayed at the 2011 Detroit Expo. Neither is a bad thing as we feel both are smart-looking cars.

Hyundai might commence manufacturing it in Korea and may eventually bring the production to India as well, what with India currently being the hub of automobile exports.

Other details such as the engine specifications are still very sketchy for now but do expect to be updated as soon as they are released.