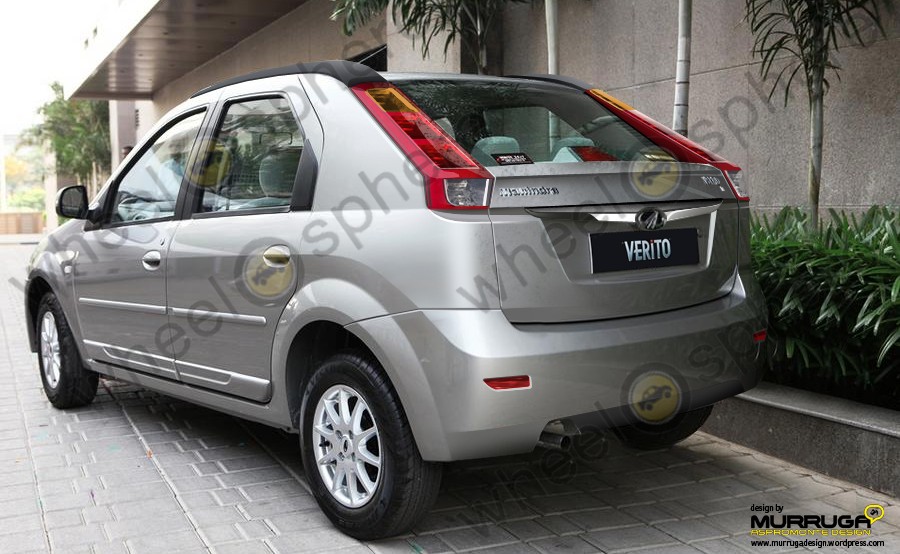 Ever since the the first spyshots of Mahindra’s compact version of Verito broke out, speculations have been all in the air about how possibly it could look like from the back.

Wheelosphere has published a few renderings of the car and it looks a fantastic job. If this is anyway close to the actual car, Verito Compact looks pretty good we must say. And when we put it against the spyshots we have, this does look very very close to being the reality.

The front remains almost unchanged which could have been altered a wee bit at least. The rear boot is almost invisible and has been chopped off completely. What you see here is a car with slightly protruding butts along with the infamous-yet-alive sloping Christmas tree tail lamps.

The good thing about these renderings is the eye to detail that has been put in. You can even see a servicing sticker at the rear glass. The prime USP of compact Verito will be its interior space along with expected lowest price in this segment. Verito compact will be put up to fight against Maruti Dzire, Honda Amaze along with hatchbacks like Swift and others. Mahindra Verito compact will be powered by the same Renault-sourced 1.5L diesel mill that does duty on the full sized Verito and the launch is expected to happen within a couple of months. 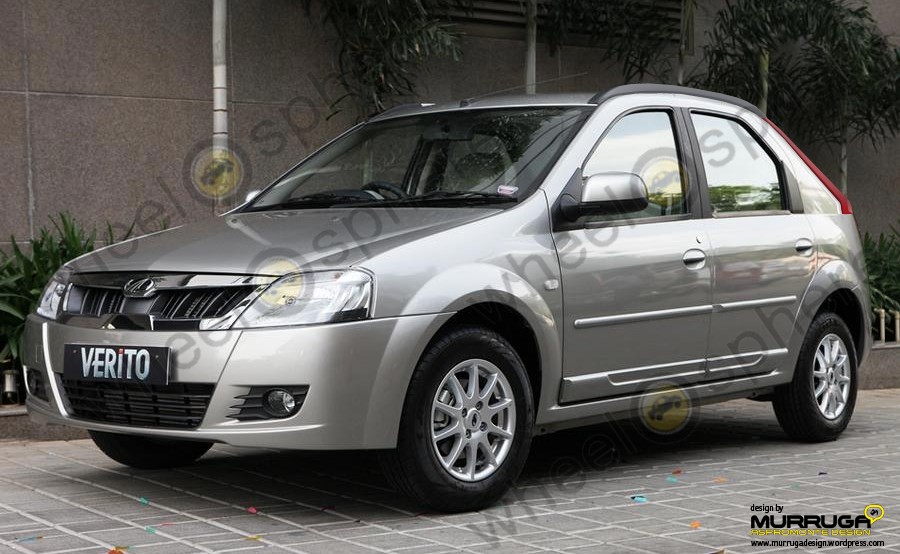 So, at a price of 5.8 Lakh will you put down your money at a Mahindra’s showroom or a Maruti is still your best bet! Remember, space comes for free!

Also note how we have omitted the keyword ‘CS’ (Compact Sedan) here which we used to put after Verito because from no angle this can be close to a sedan. Verito compact, we will call it as, till we get the official name. 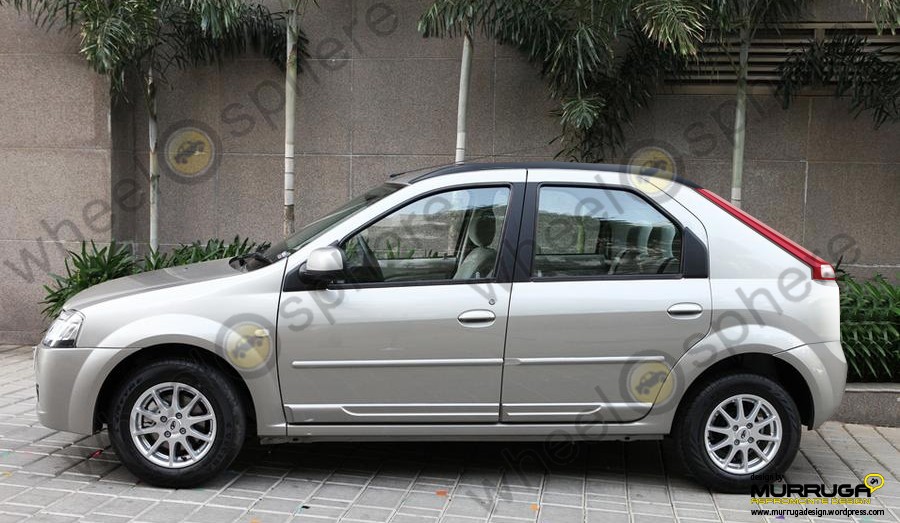