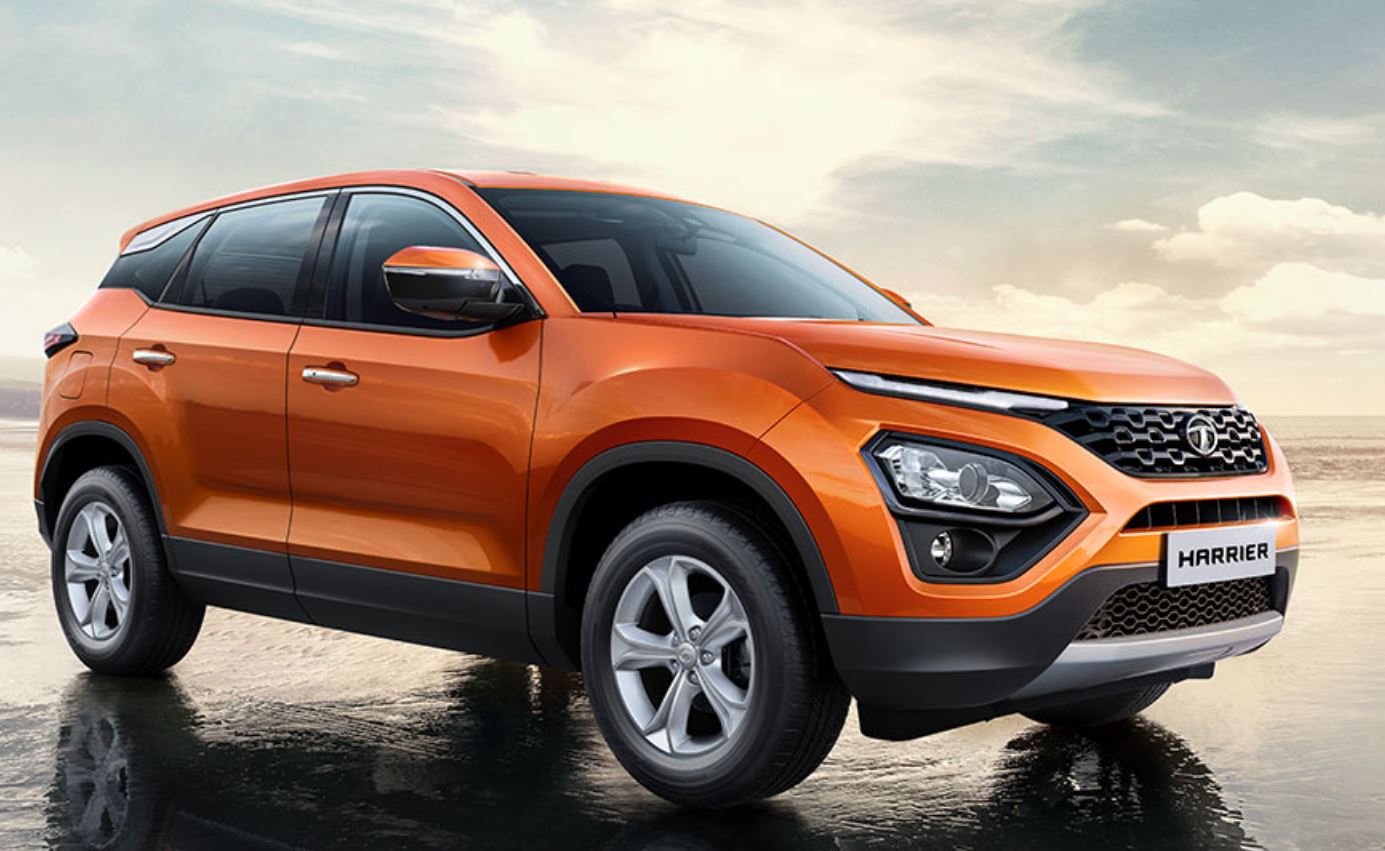 Tata Harrier to be launched in January 2019…

Over the past couple of years, Tata has been working hard and developing exciting products for its passenger car line up. They want to regain the lost ground in the Indian market and have been coming out with some very interesting cars here (read Nexon, Tiago, Tigor and the JTPs). Now, to continue the momentum, they unveiled the Harrier SUV officially today. And, we just have one word for it, WOW!. This upcoming SUV will definitely help Tata to make a strong come back to the big SUV segment, where it once had some interesting offerings like Sierra (kind of) and more recently, the Safari. 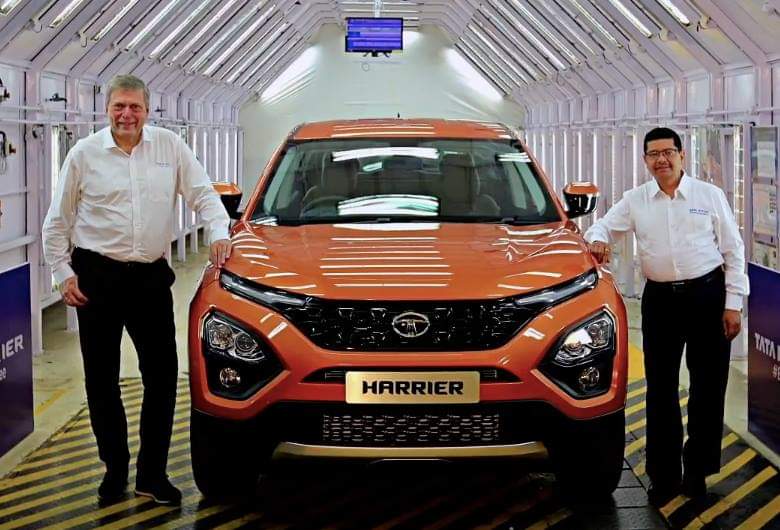 Harrier is based on the H5X concept showcased at the AutoExpo 2018. It is underpinned by the Jaguar-Land Rover’s entry-level SUV platform derived Tata’s OMEGA-Arc (Optimal Modular Efficient Global Advanced Architecture). Looking at the production version, we are happy to say that the SUV retains all the interesting elements of the concept car and looks as menacing as it was. The very first production car rolled out today and that too from the all-new production line in Pune which, as per Tata, was just built in 6 months. This assembly line also boasts of 90% automation levels. The upcoming SUV is already available for booking since some days with an amount of Rs.30,000/- only.

Tata Harrier – What to expect? 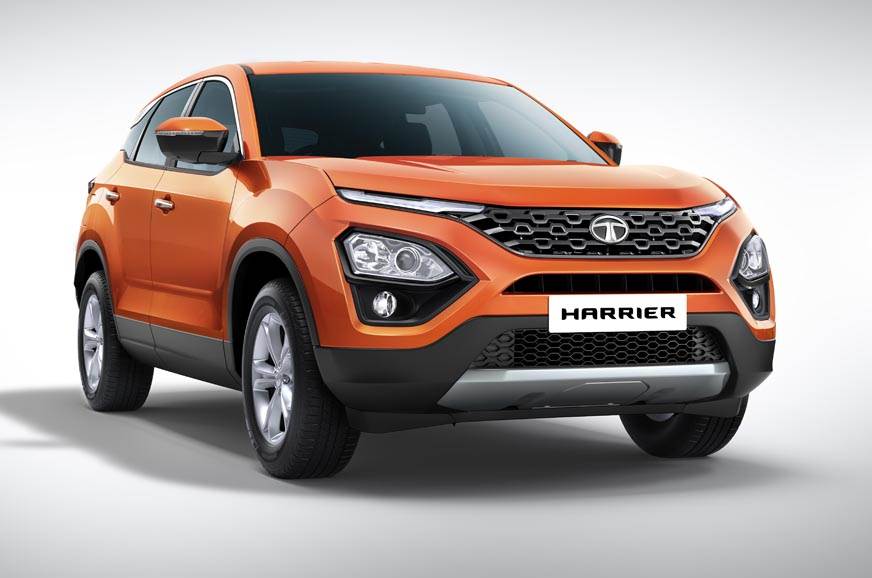 The new SUV will be based on Tata’s Impact Design 2.0 language and thus, will feature slim front grille and headlight design. Here, the interesting part is the headlight units which are a mix of projector & halogen or all LED (expected on the top variants) and placed in a “cavern” in the bumper. There is also a lighting element visible at the top of the grille too and this can be the LED DRL unit. Additionally, the fog lights are placed just below the headlights inside the opening. The positioning of DRL’s gives an illusion of them being the headlights. We do not know the rationale behind such a configuration and will have to wait for Tata to comment on it.

Further, on the side, the car will feature large wheel arches and contoured body, again a feature of the new design language. The roofline appears tapering down towards the rear end while the body appears chunky and slanting upwards, giving the car a very muscular look. The rear also features a beefy look. All in all, the car retains all the goodies of the H5X concept and appear extremely butch. 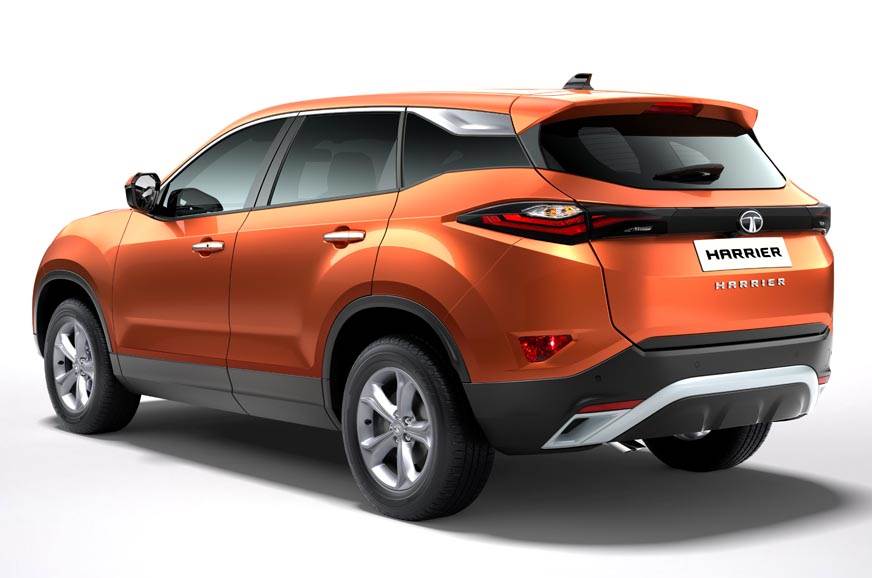 On the inside, nothing much is known yet but looking at the latest offerings from Tata, Harrier will definitely be loaded with features too. We can expect it to get a touchscreen infotainment system, multi-speaker audio system, climate control, coloured MID etc. It can also have some equipment trickling down from other JLR portfolio products based on the same platform like the Discovery Sport (let’s hope). Additionally, the car will also feature Tata’s version of Terrain Response System. Also, the SUV will be available in two formats, a 5 seater and a 7 seater.

Tata recently unveiled a new engine family, named Kryotec, which will power different versions of the Harrier SUV. These engines are basically a 2.0L, Fiat-sourced, “multijet” diesel motor in two states of tune. One will produce 140HP and will power the 5 seater Harrier while the second will produce 170HP and will power the 8 seater format. Notably, this is the same engine which powers the Jeep Compass too. These engines will come mated to a 6-speed manual gearbox as well as a 6-speed automatic box (sourced from Hyundai).

The upcoming flagship SUV from Tata is expected to launch in early January 2019 and the deliveries will begin later that month. If we trust some reports, the price of the car is expected to begin at Rs.16 Lakh ranging up to Rs.21-22 Lakh. If this is true, the car will be a direct rival to the Jeep Compass and to a certain extent, some models of XUV and Creat as well. Additionally, it also steps into the Hyundai Tucson’s territory too. Looking at the car in reality, we can only say that the competition is definitely going to have some sleepless nights.