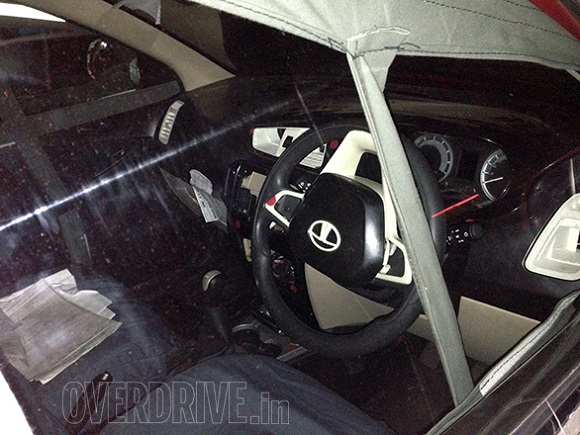 Tata Motors is all set to replace its hatchback Vista and the sedan Manza in the coming months. Perhaps “replace” is a stronger word. From what we could make out from the photographs it looks more like a thorough shake down.

Photographs published on Overdrive.in reveal, for the first time, upcoming facelifted Vista’s interiors. The new Vista, or ‘Falcon 4’ as it’s called internally, has been redesigned by the Tata’s European design center.

The test car, covered in overalls with the collars up, still manages to give out the shape and contours of the car easily. A lot of work has gone into the redesigning work of the interiors and it is quite possible that the ride and handling might have been improved.

The dashboard appears to have gone through a though makeover. As we revealed first, the instrument console moves to its correct position, in front of the driver. It looks sportier with a few cream coloured ascents on the steering, air-conditioning vents etc. It looks cheerful in this new black and cream colour scheme. Upon first looks, the fit and finish also seems to have improved. 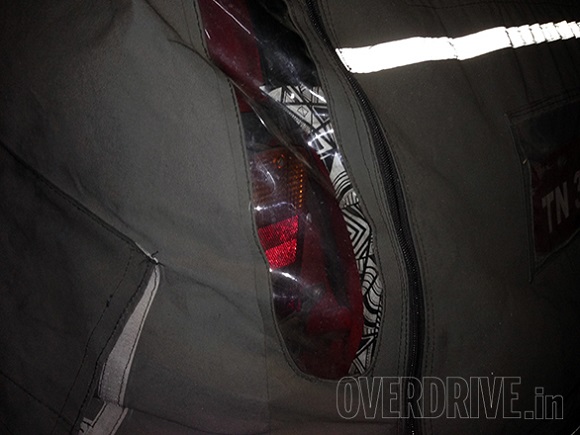 It is being said that Tata Motors might exhibit the ‘Falcon 4’ or new Vista along with the ‘Falcon 5’; a Manza replacing sub 4 meter compact sedan, during the Auto Expo in New Delhi next month. Tata claims that the vehicles under its ‘Project Falcon’ are all new vehicles, but if we go by the exterior looks of the test mule, it seems that exterior of at least the hatchback have remained largely unchanged. 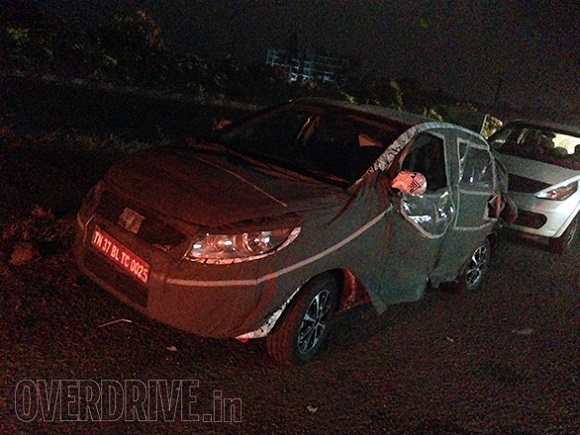 Probably, the most striking feature here is the already confirmed 1.2L turbocharged petrol with every possibility of it making it to both the Vista facelift as well as the Manza CS (Falcon 4 and Falcon 5). The turbo charged petrol is said to be capable of developing impressive power outputs and a test mule has also been spied in Italy, the home of Fiat, from which Tata sources its FIRE petrol (and 1.3L Multijet diesel) engines.

We are hopeful of some real competition defining moves from Tata and hope they surprise everyone at the Auto Expo!