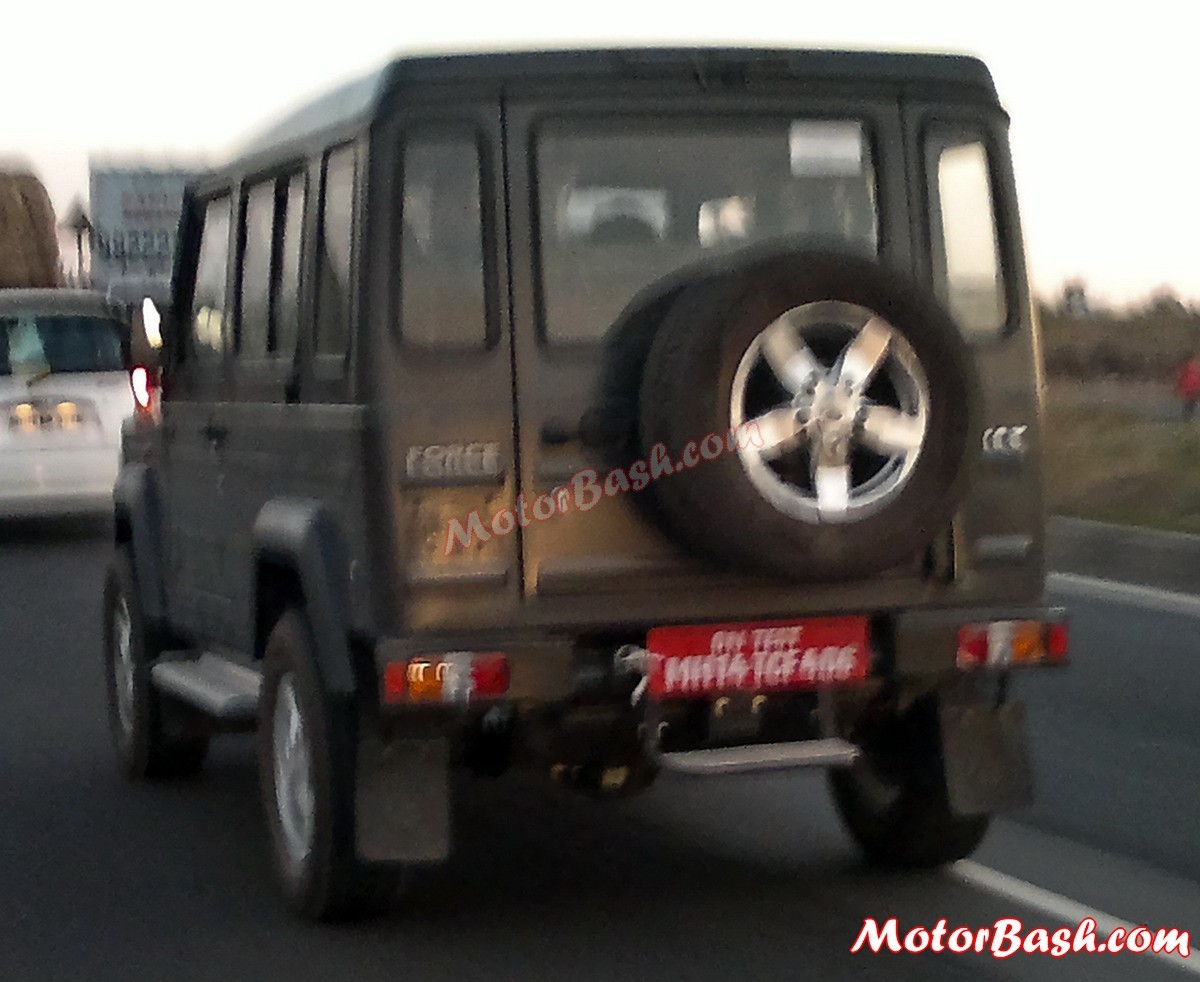 With the outbreak of our exclusive spyshots of new Force Trax Gurkha, there is definitely a wave of excitement among all the off-roading enthusiasts.

We did not leave it to those spypics only; instead we have been trying to dig as deep as we can. We followed it up with a few more spottings of the test Gurkha from Pune which also included exclusive interior pics. The biggest question mark revolving around the possibility was the engine?

Many people asked us whether the new Gurkha would carry the BS4 2.2L FMTECH engine from Force One which would make it a stonker of an SUV to drive around or it would be the same BS3 again! Many a guys, we are sure, held onto their Mahindra Thar bookings for this very reason!

On Saturday, we promised while publishing  spy video of red colored test mule of 2013 Force Trax Gurkha that we would be revealing the truth and here we are talking about it.

We spotted this Matt Black colored Gurkha mule, followed it up and tried to ask the driver whether this SUV is carrying a BS3 or BS4 engine for which he said, he was unsure. But look at the following pic and there is a clear BHARAT STAGE III sticker at the front windshield. 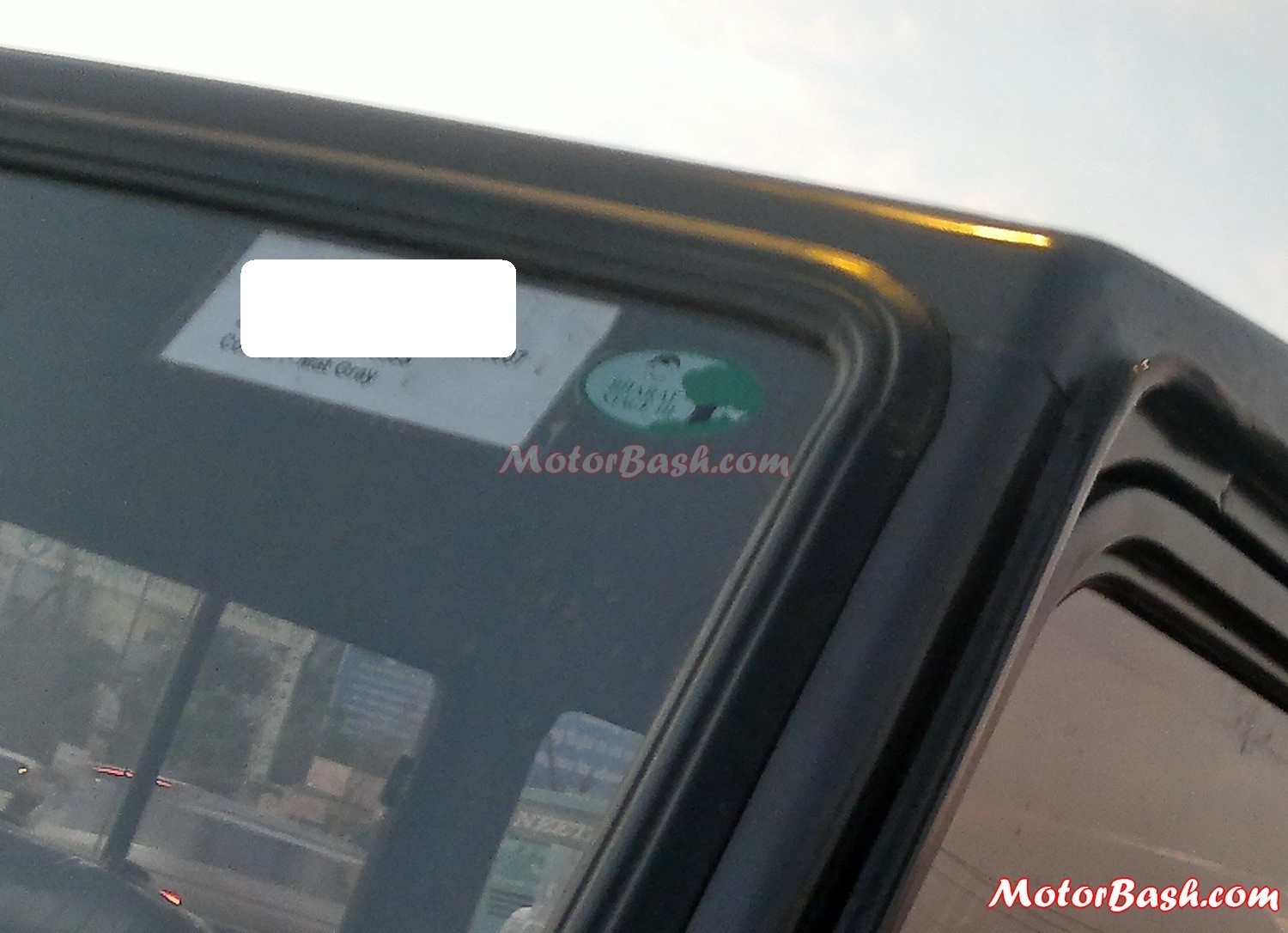 Yes, the new Gurkha would NOT have the 2.2L Force One diesel engine, instead it would be a BS3 engine. We know, we are spoiling the party but we had to share this with you.

Now, that we have stuck off the BS4 angle, the question is, which BS3 then? The new Trax Gurkha is expected to carry the 2.6L diesel engine from Traveller which would belt out power output of around 80 PS and torque of 210-220 Nm. Force would launch the new Trax Gurkha in a couple of months if things do not get delayed further. 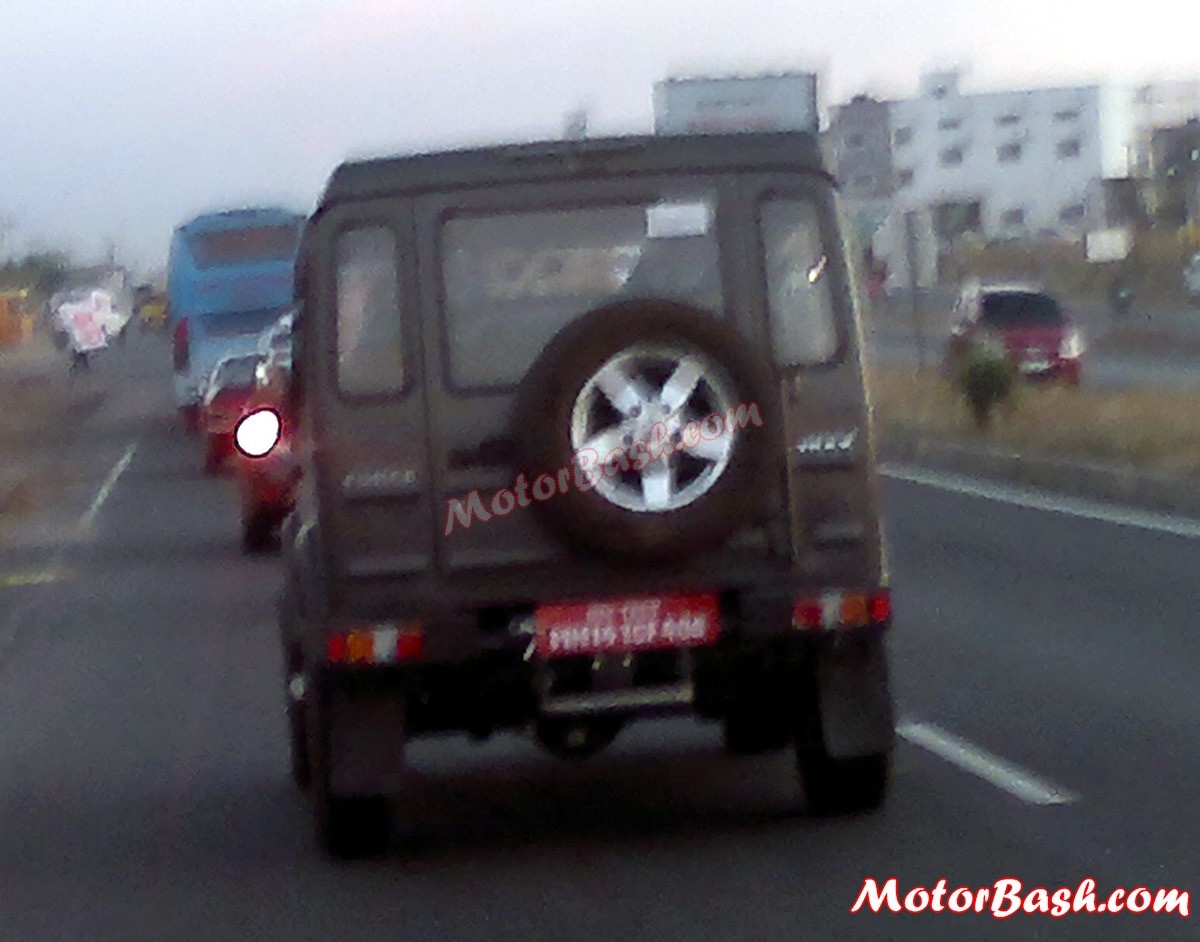 Before the new Gurkha, Force would launch two new variants of Force One SUV – entry level Force One and 4X4 Force One.