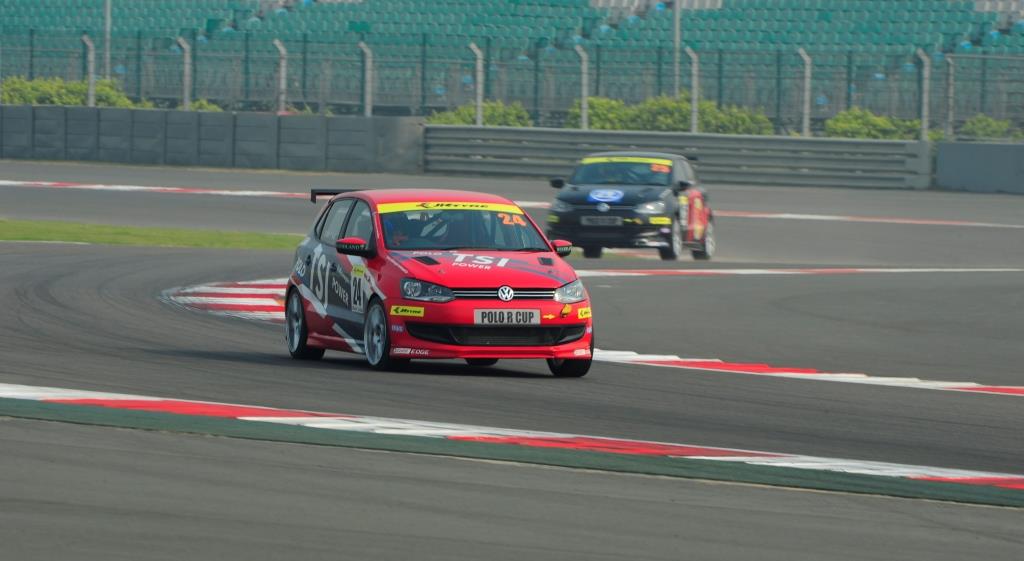 The Volkswagen Polo Cup’s penultimate round saw guest racer Dylan Pereria from Luxembourg emerge victorious at the Buddh International Circuit. His timing of 22.11.364 saw triumph over Kamrinder Pal Singh whose timings stood at 22.14.271. The last podium finish was taken by Karthik Tharani with a timing of 22.16.562. 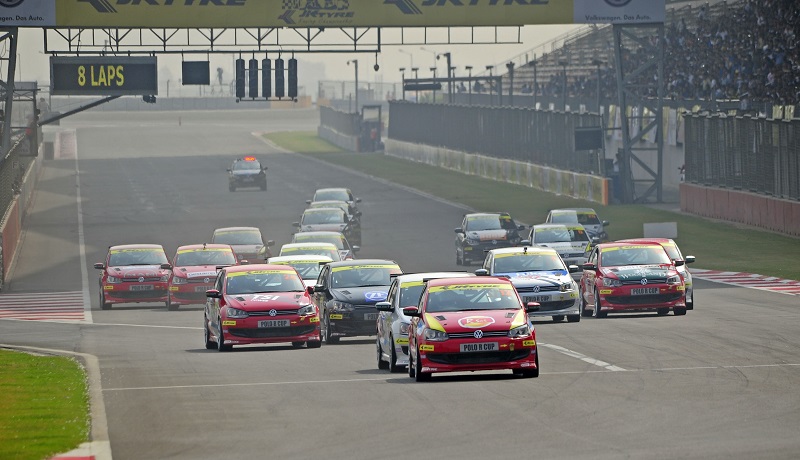 Delhi boy Lee Keshav Gupta and Angad Singh Matharoo, the season’s top performer, were unfortunately out of the race in the initial laps itself. Dylan had a great start right form the word go and came up to the top spot in the 7th lap, just after an incident in the 6th lap compelled the race control to bring out the safety car. Before that the first position was being heavily guarded by the pole position winner Karthik Tharani but a mis-shift ruined the race for him.

Day one saw Lee Keshav Gupta score his first win in the season by winning both the races and starting from pole. Guest rider Gosia Rdest from Poland and Karthik Tharani gave some strong opposition to Lee but some clever driving helped him reach the chequered flag first.

In the 17th JK Tyre Racing Championship, held in tandem with the Polo Cup saw Vishnu Prasad emerge as the fastest. He is aiming to become the champion racing driver in the domestic scenario by getting three crowns. He did suffer from a jump start on day 1 but then day 2 was a different ball game altogether. 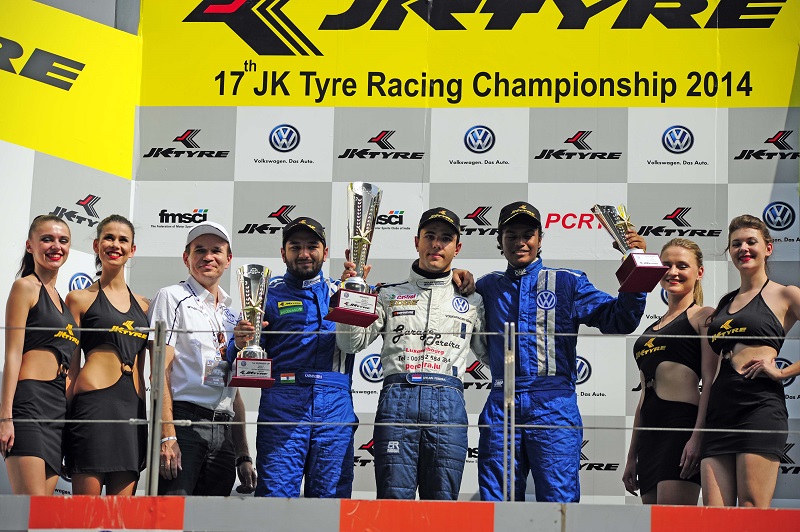 Vishnu has been driving in the JK Racing India Series, Formula LGB4 and the Senior Max Category in the JK Tyre –FMSCI National Rotax Max Karting Championship and is in line for title in all the championships. The young lad from Chennai, won the FB02 Race 2 and Race 3 with ease but was defeated by a mere 0.329 s in the Formula LGB 4 Race 3 by Diljith TS od Dark Don Racing. The newly introduced JK Super Bikes Cup saw Kulwant Singh Monty emerge the winner.