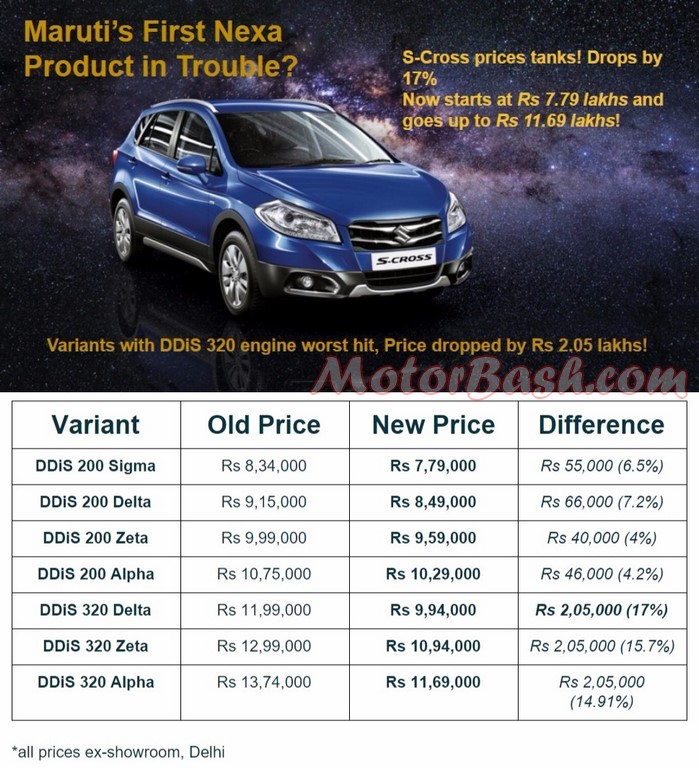 Maruti’s attempt to go premium in the present age began with the mid-size sedan Ciaz and the Duster  and Creta challenger S-Cross. This was followed by the entry of the premium hatchback Baleno. While the sedan and hatch have managed to spread their clout, the crossover has simply tanked. As a result, Maruti has raised the prices of Baleno and after major discounts, S-Cross prices have now been officially decreased.

The slide has been so momentous that the price of the top end 1.6 litre variant (DDiS 320 Alpha) has gone below the original price of the entry level trim with the same engine. While the drop in prices for the 1.3 litre variant has been in the range of 4.8 to 7.2 per cent, the bigger hearted version has seen a drop by up to 17 per cent!

This official price cut from Maruti comes after a series of discount offers which amounted to even Rs 2 lakhs or according to some rumours, even more. The S-Cross however has now become far cheaper than its South Korean rival Creta which has already gone through two price increments. 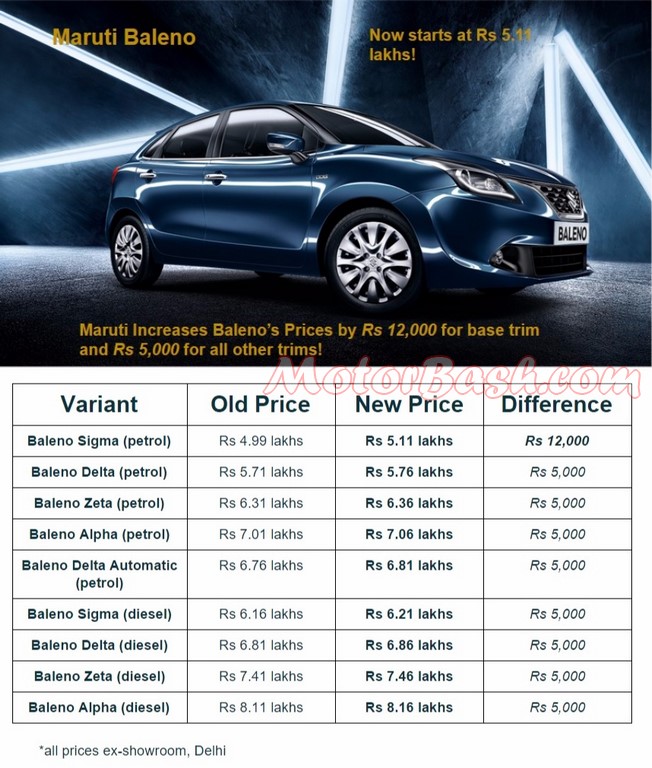 The Baleno on the other hand has experienced a rise of around half a per cent to nearly 2.5 per cent. Both the Baleno and S-cross are sold via Maruti’s new range of premium dealerships called Nexa. Next up from the largest manufacturer is the Vitara Brezza sub 4 meter compact SUV.