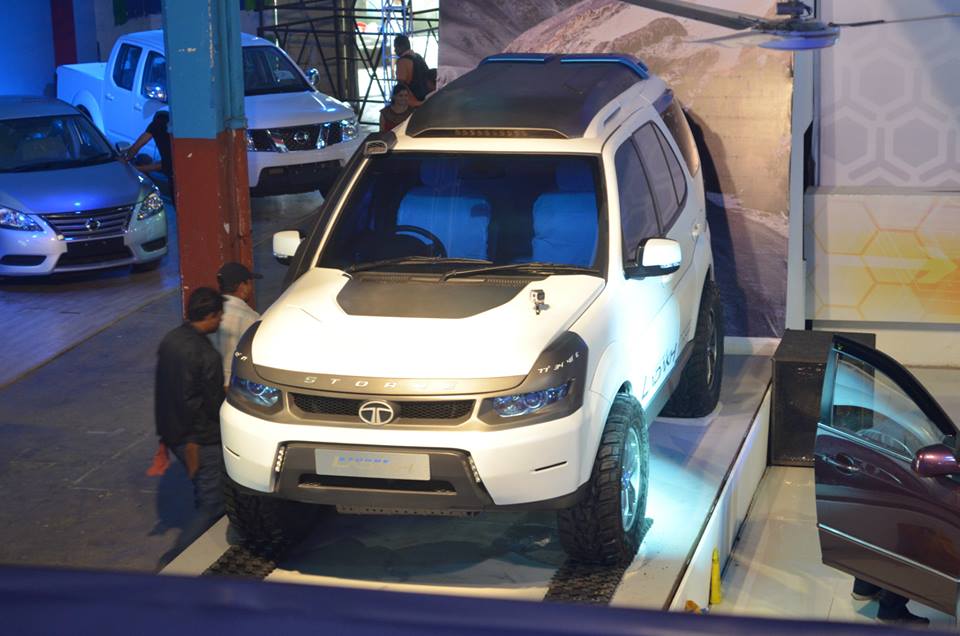 Tata Safari has always been a fairly capable SUV and was once the benchmarks when it came to its looks, however time has moved on and as it got old, people started shunning away from it, moving on to newer candies!

The Safari Storme update came very late and has not really been able to revive the Safari brand to acceptable levels till now. While the company may have showcased some really interesting concepts based on the Storme, but none of them has ever made it to the streets (that’s the irony with Tata Motors!). 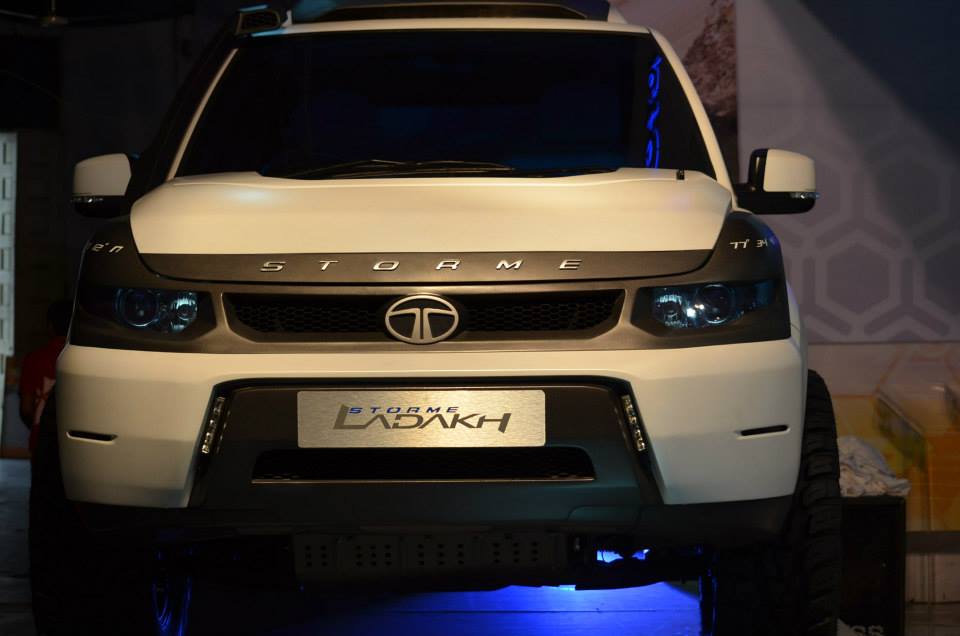 There is one particular concept model Tata has been showing off at a lot of places, the fantastic Storme Ladakh Edition. While we did get to ogle at it during the Auto Expo in February, Tata recently gave our neighbors a chance to gawk at it at the 2014 Nepal Auto Show -NADA.

The model shown was exactly the same as the one which we had. The beautiful cool satin white, textured rock grey and soft anodised blue, well, all of these colors do make it look a cracker. As per Tata, the colours have been inspired from the glistening wet rocks and soft clouds of Ladakh.

Interiors get the premium jet black Napa leather. The ruggedness gets further accentuated with the mud terrain tires which lend it the claimed ‘Real SUV’ look. The LED fog lamps, projector head lamps with blue tinted glass makes one remember of the clear blue Himalayan sky.

It also gets an interesting accessory list which would complete your explorer setup:

Well, Tata Motors has still not shared any details about the Storme Ladakh entering into mass production, but they did feature the SUV in one of the recent promotional video. We have quite a few of our readers inquiring about the launch date of this concept, however, we are as clueless about it as probably Tata was, a few months back! 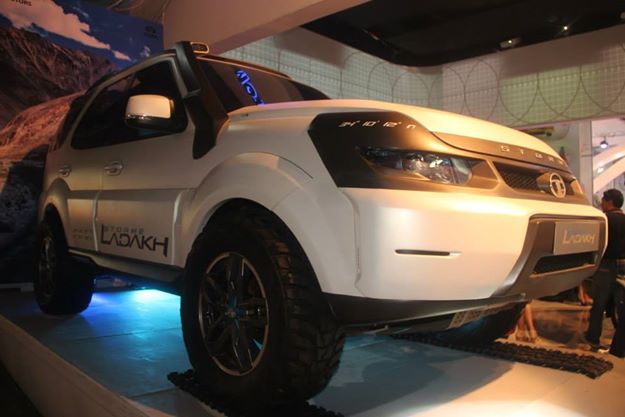 Nonetheless, what we do know for sure is that Tata is readying up the Storme facelift for India which has all the chances of launching within this month.

Do you want Tata to launch this Safari Storme Ladakh Concept…? We do!

Related: OFFERS: Prior to Facelift, Safari Storme Gets Discounts of 1.2 Lakh